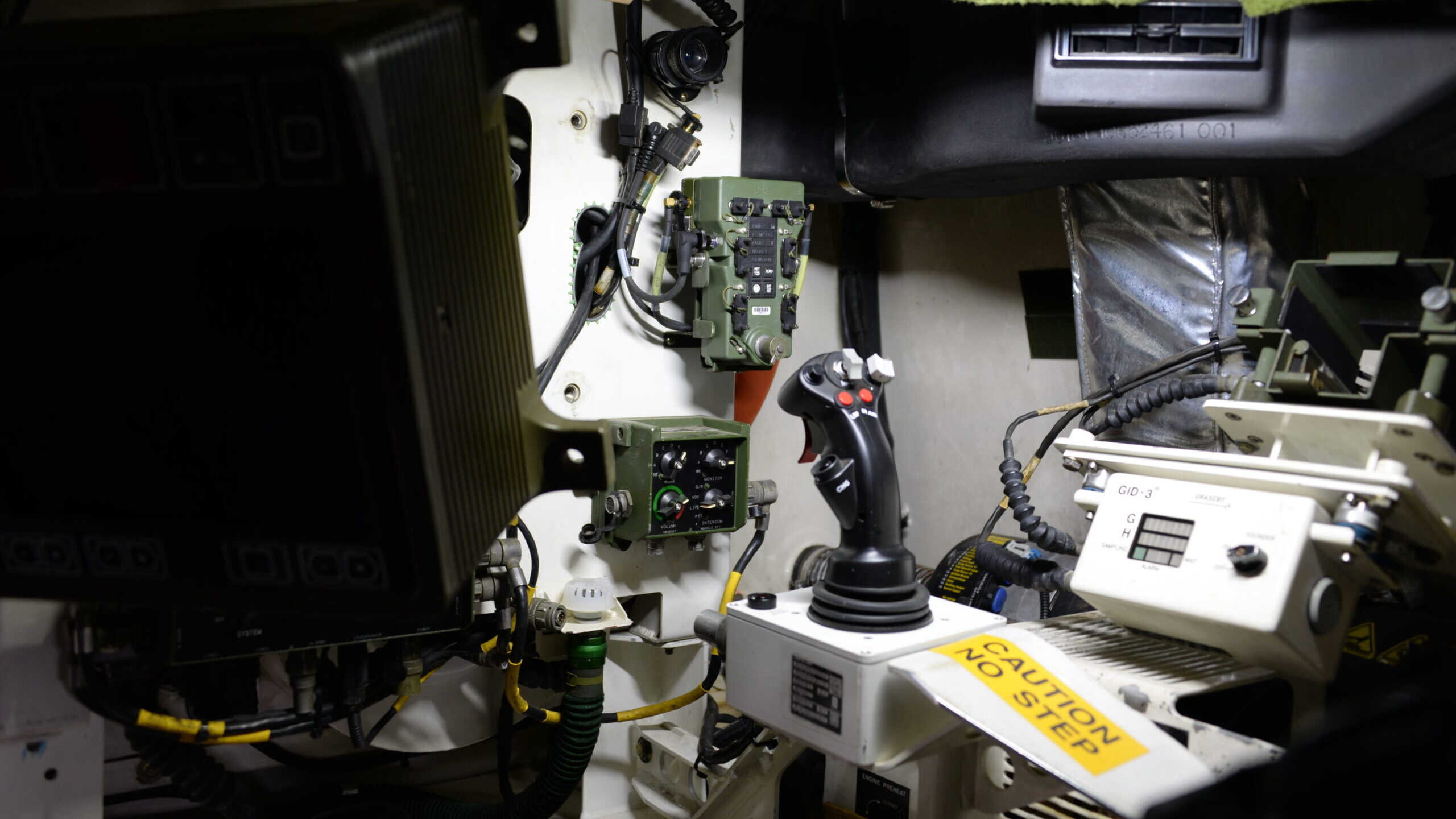 A key component of Mounted Assured PNT (Positioning, Navigation and Timing) System (MAPS) Generation 1, (MAPS GEN I), a powerful suite of new hardware and software that will ensure Soldiers have assured position and timing to navigate in a GPS degraded and denied environment is the system is the Enhanced DAGR Distributed Device or ED3, that can host up to seven GPS clients. (John Higgins/US Army)

WASHINGTON: The US Army Applications Lab is seeking network-aided capabilities that would let soldiers know exactly where they are, how to get where they’re going and when to move on the battlefield, even when — especially when — they can’t depend on GPS.

A special notice posted online on a federal procurement site on Oct. 19 says, “The intent of this special topic is to develop Network Aided devices, including component, sub-component, and associated technologies, to allow dismounted Soldiers to continue to operate without utilizing standard GPS signals.”

The notice is part of a larger push in the Army to develop new tools for positioning, navigation and timing (PNT) that allow soldiers to operate in extremely remote environment or in places where adversaries could interfere with GPS. Last week Breaking Defense reported about one potential option: the use of extremely detailed global 3D terrain mapping that would allow soldiers to know their position by analyzing their own surroundings.

According to the new notice, the Army Applications Lab wants industry to submit white papers for network assisted-PNT tools that reduce size, weight and power; enhance software; or provide inline solution for antenna.

“White papers should be for cutting-edge innovations that could produce discoveries with the potential for significant impacts to enable new and improved Army operational capabilities in regards to Anti-jamming for dismounted soldiers,” the notice states.

The lab is specifically interested in the following capabilities to provide network-aided PNT devices to soldiers, saying:

The lab currently plans to make just one award, according to the notice. A contract award would result in 12 to 18 months of work and would be worth $1 million to $2 million.

It’s not the first time the military is eyeing non-traditional contractors for their assured-PNT solutions. The Defense Innovation Unit, the Pentagon chief non-traditional contractor outreach office, has ongoing work on assured-PNT as well. DIU is working with Army Program Executive Office for Intelligence Electronic Warfare and Sensors (PEO IEW&S) on A-PNT solutions on its Dismounted Assured PNT System for soldiers.