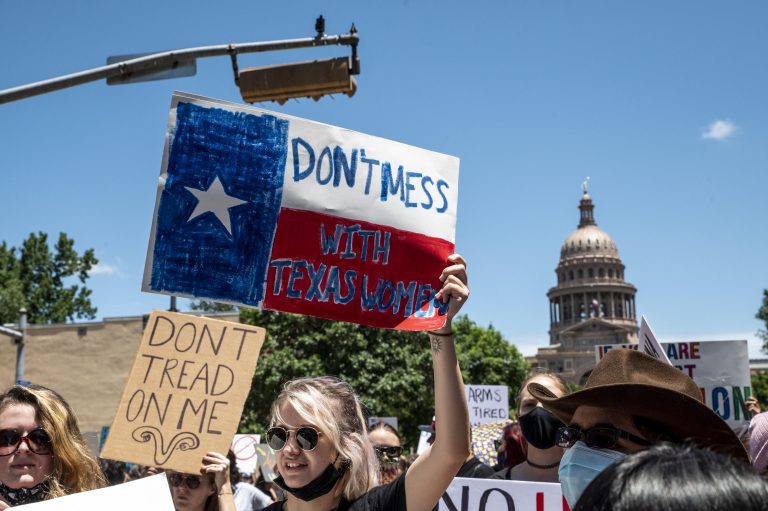 The Supreme Court on Friday rebuffed a second attempt to stop enforcement of the Texas Heartbeat Act but agreed to hear two challenges to the law on Nov. 1.

The decision is a partial setback for Biden’s Department of Justice, which in an emergency filing on Monday pressed the High Court to block the Texas law, also known as S.B. 8. The law allows private citizens to sue providers if they perform abortions after a fetal heartbeat is detected, which can occur as early as six weeks.

Justice Sonia Sotomayor dissented from the Friday order in a short statement. She said the Court was right to take the cases and hear them on an expedited basis, but wrong to allow S.B. 8 to remain in effect. Justices Stephen Breyer and Elena Kagan did not join Sotomayor’s dissent.

“The promise of future adjudication offers cold comfort, however, for Texas women seeking abortion care, who are entitled to relief now,” Sotomayor wrote. “These women will suffer personal harm from delaying their medical care, and as their pregnancies progress, they may even be unable to obtain abortion care altogether.”

The Supreme Court’s ongoing term is a transformational one for abortion rights. Apart from S.B. 8, the justices will separately consider whether Roe v. Wade should be overturned in a December case involving Mississippi’s ban on abortions after 16 weeks.

Friday’s order is extraordinary and has few analogues in the Court’s history. The fast-track schedule the justices set, with arguments just 10 days out, puts Friday’s cases in the same company as Bush v. Gore. The justices also agreed to hear the cases before an appeals court issued an opinion, a step they seldom take.

That latter step is a rarely used procedure called certiorari before judgment.The justices prefer for lower courts to review cases before they do so that they have the benefit of a thorough factual record and well-reasoned opinions to guide their deliberations. The Court’s rules, however, allow litigants to leapfrog normal process if their case is “of such imperative public importance as to justify deviation from normal appellate practice and to require immediate determination.”

The last time the Court granted review before judgment was January 2019, when the Trump administration asked the Supreme Court to decide whether it could include a citizenship question on the 2020 census form. Other examples from the Court’s history include the Nixon tapes case and a World War II-era challenge to the president’s power to try German saboteurs by military tribunal.

In its emergency appeal Monday, the Department of Justice said providers in neighboring states are struggling to keep pace with the sudden uptick in demand for abortions.

“The influx of patients from Texas has overwhelmed providers in Oklahoma, Kansas, Colorado, New Mexico, and as far away as Nevada,” the government’s brief reads. “Clinics in Oklahoma, for example, have been forced to delay patients’ abortions for weeks because of the volume of appointments needed.”

S.B. 8 has vexed its opponents by assigning enforcement to private parties, rather than government officials. When courts conclude a particular law ought to be blocked, they issue an order that bars the relevant set of officials from enforcing it. But because private citizens, not government officials, enforce S.B. 8, challengers and courts alike have struggled to home in on a particular target and permanently enjoin the law.

Neither of Friday’s cases asks the Court to decide on the merits of S.B. 8. Rather, the justices will decide whether the federal government has a basis for challenging it in court and whether the law’s unique private enforcement scheme is constitutional.