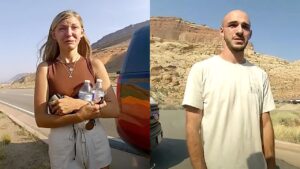 The “person of interest” at the center of the disappearance of Gabby Petito was boyfriend Brian Laundrie, deemed on the run once authorities began to search for the missing Petito. Petito’s body was soon after found in Wyoming. She had died by manual strangulation.

The FBI believed the boyfriend may have been responsible for Petito’s death and began searching for Laundrie’s whereabouts.

On Wednesday, the pursuit for Laundrie came to an end when skeletal remains were found at Carlton County Reserve. Dental records ultimately identified the remains as Laundrie. The search led to skeletal fragments discovered upon the wetlands, and many now speculate that wildlife such as gators or hogs likely led to his demise.

Per the Fox 8 report, Laundrie’s family attorney issued a statement regarding news of the 23-year-old’s death, confirmed Thursday.

“Chris and Roberta Laundrie have been informed that the remains found yesterday in the reserve are indeed Brian’s,” attorney Steve Bertolino announced. “We have no further comment at this time and we ask that you respect the Laundries’ privacy at this time.”

Laundrie was first seen returning from the cross-country trip, without Petito, on Sept. 1. He claimed he had no knowledge of Petito’s disappearance, even though he was the sole person to accompany the 22-year-old woman on the journey. Petito was found dead on Sept. 19.

The post Search For Brian Laundrie Ends After Remains Are Found At Carlton County Reserve appeared first on OutKick.

In other news...
Protesters Sabotage Olympic Ceremony with a Strong Message: ‘No Genocide Games’
Why Biden’s $3.5 Trillion Spending Plan Would Be Worse for the Economy Than Manchin’s $1....
COVID CASES ARE HIGHEST IN TOWN WHERE 99.7% ARE VACCINATED. WORKING AS PLANNED IT WOULD S...
Facebook Plans To Rebrand, Change Name, As It Expands Into Alternative Reality
Here We Go => 138 Legislators From 38 States Sign “New Declaration Of Independence”
Rand Paul: Stop Blaming the Victim for the Disease | Kibbe on Liberty
0 Comments
Inline Feedbacks
View all comments