Despite Biden’s claims, there’s no ‘evidence’ he has ‘ever’ been to the southern border — except one time he ‘drove past’ it, liberal fact-checker says 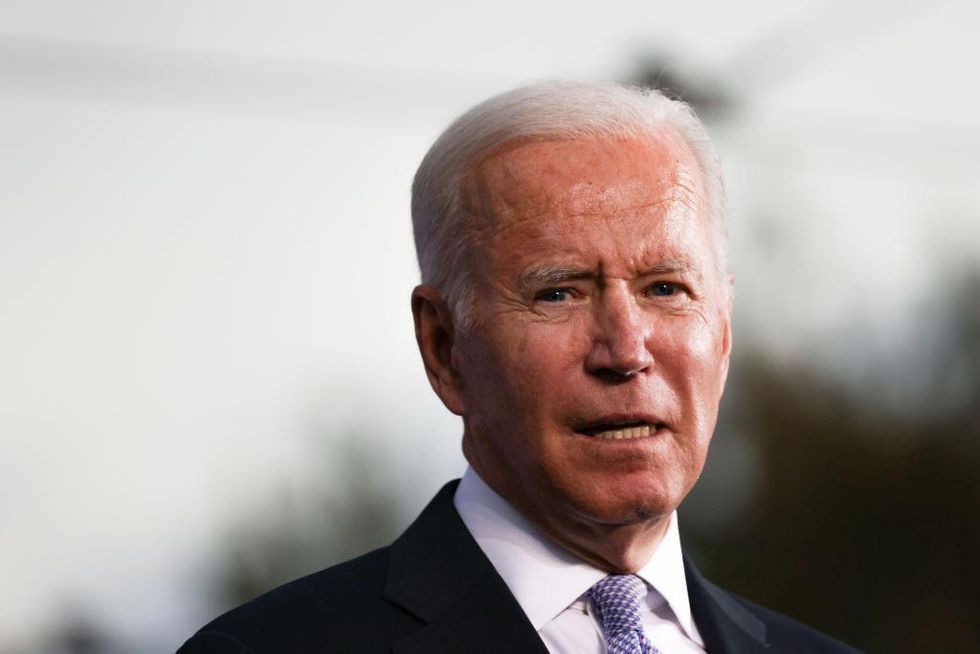 During Thursday night’s CNN town hall, President Joe Biden was asked if he had any plans to finally visit the U.S. southern border. It’s no surprise that the question was raised given the extraordinary crisis that has unfolded there ever since the start of his term.

Unprecedented numbers of migrants continue to surge into the country in expectation of lenient treatment from the president, all the while overwhelming Border Patrol agents and endangering American border communities.

Yet to date, the president has not felt it necessary to venture down to the border to address the situation head-on. In fact, according to Washington Post fact-checker Glenn Kessler, the president may have never visited the border, despite his claims to the contrary.

What are they saying?

During the town hall, Biden said, “I’ve been there before and I haven’t — I mean, I know it well. I guess I should go down. But the whole point of it is I haven’t had a whole hell of a lot of time to get down.”

But Kessler said despite Biden’s long history in government — during which he reportedly visited at least 150 leaders from nearly 60 countries, territories, and international organizations — “we cannot find evidence that Biden at one point made a visit to the southern border.”

Republican critics have lodged the allegation before, including Fox News’s Peter Doocy, who made the charge during a White House press briefing in September. In response to Doocy, White House Press Secretary Jen Psaki said she would check the records and get back to him with a date. But she never did.

Kessler and his team said they did their due diligence to scour the records themselves and, just as Doocy had argued, they “could not find a record of a visit.” Except, Kessler said, there was one time in which Biden might have caught a glimpse of the border from a car.

“After digging some more, we discovered that Biden briefly drove past the border while on a campaign swing in 2008,” he noted. “The drive took Biden along a route that for a few minutes hugs the border of the United States and Mexico.”

Amazingly — even while acknowledging that the “drive-by” was “not the kind of sustained visit that his critics are demanding” — Kessler declined to give Biden’s statement a false rating.

In response to the revelation Friday afternoon, Psaki confirmed that the 2008 drive-by was the “visit” that Biden had been referring to, and added that the president has been to Central America and Mexico several times.

“He does not need a visit to the border to know what a mess was left by the last administration,” she went on to say, seeming to argue that those visits should somehow suffice.

“There is a focus right now on a photo-op,” she continued. “The president does not believe a photo-op is the same as solutions.”

In other news...
Higher Culture Aside: Daniel Craig Takes a Bow as Bond in ‘No Time to Die’
Goldshore off to a roaring start with Moss Lake drilling, hitting gold in all three holes
Three people hold up a parole officer in the Bronx at gunpoint, escape with his firearm
CDC Director: “We Have Not Yet Changed The Definition Of Fully Vaccinated”
An Open Letter To The Secretary of Defense And Pentagon Leaders
Assistant police chief in Washington, DC sues agency – says women told to ‘have an aborti...
0 Comments
Inline Feedbacks
View all comments