The B-21 Raider: Infused With Stealthy Lessons Learned For Maintenance And Support 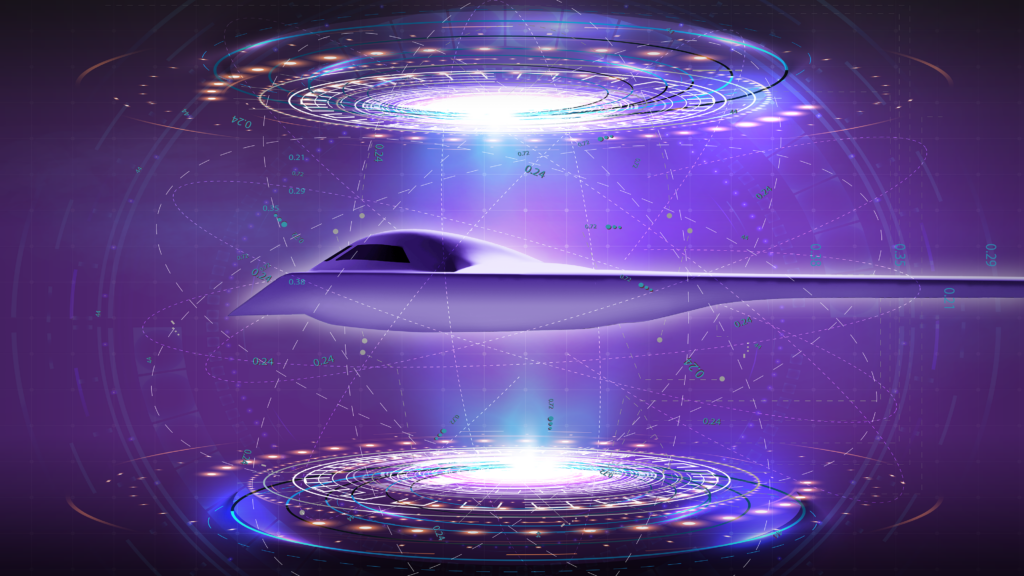 B-21 Photo, Courtesy of Northrop Grumman.

The B-21 bomber program has received high marks so far in demonstrating advanced strike capabilities and performance in flying test beds, in digital experimentations, and through modeling and simulation. At the Air Force Association’s Air, Space and Cyber Conference, Secretary of the Air Force Frank Kendall applauded the B-21 program for its “good progress to real fielded capability” that will continuously deter and defeat threats globally.

With five test aircraft in production in Northrop Grumman’s Palmdale, California, facility, the B-21 is poised to usher in an unprecedented era of stealth and lethality for the Air Force’s bomber fleet. However, when it comes to developing a new stealth bomber, it’s not out of bounds to wonder about the maintainability of the advanced materials and coatings used for the Raider—given the well-documented challenges associated with first-generation stealth aircraft like the B-2 stealth bomber or the F-117 stealthy attack plane.

Stealth aircraft have always had challenges related to maintainability due to the need for specialized personnel, equipment, materials and facilities. The B-21 Raider will not demand the same level of resources. It sports more durable low-observable (LO) treatments and coatings, and maintenance facilities that are less expensive to build and maintain. Additionally, early use of digital design and modeling/simulation capabilities for B-21 systems and structures were applied to sustainment and maintainability, leading to a sturdier aircraft that’s ready to fly every day.

Earlier this year, the Air Force acquisition lead for the B-21 program commented on Air Force efforts to tackle traditional life-cycle sustainment cost drivers early on in the program.

“From the outset, we codified robust sustainability and maintainability requirements, and continue to keep those at the forefront throughout the design and development phase of the B-21 Raider program,” said Col. Jason Voorheis, B-21 System Program Director and acquisition lead for the bomber program within the Department of the Air Force Rapid Capabilities Office (DAF RCO). “Throughout the engineering and manufacturing development phase, sustainment and maintenance personnel have been integrated into every design decision we make to ensure technical solutions do not inadvertently result in suboptimal sustainment outcomes once the weapon system is fielded.” 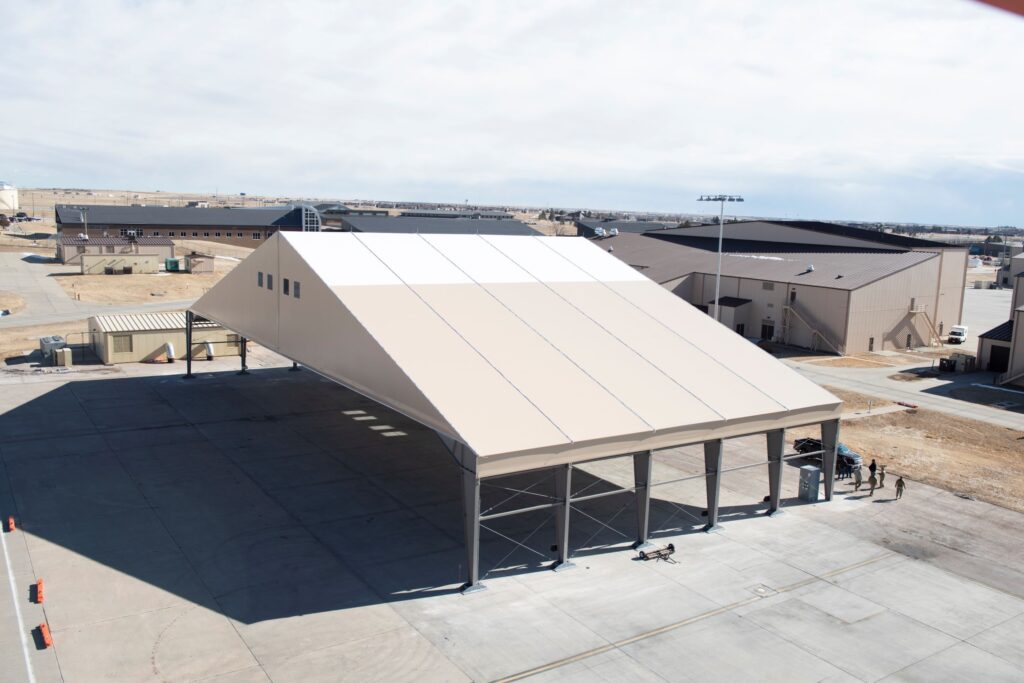 Even with its low observable treatments and coatings, the B-21 doesn’t require the full phalanx of specialized hangars and other facilities that prior stealth aircraft needed. Shown in this Air Force photo is the B-21 Raider Environmental Protection Shelter prototype at Ellsworth Air Force Base.

Low-Observable Treatments That Are Also Maintainable

With a revolutionary shape and LO treatments, the B-2 Spirit set the standard for building stealth aircraft in the 1980s. At the time, the primary focus for the B-2 and other early stealth aircraft was survivability; maintenance would later require extensive resources, specialized training and tightly controlled facilities. Nearly three decades later, maintenance and sustainment are a primary priority, and the challenges of maintaining stealth aircraft were addressed early in the design process.

“Through the application of lessons learned on B-2 and other stealth aircraft, and the use of digital engineering techniques, not only do we have a design that has significantly improved over the B-2 from both a survivability and aero-performance perspective, we also now have a coating system that is as revolutionary in its maintainability as the original B-2 systems were in their stealth performance,” said Steve Sullivan, who recently retired from Northrop Grumman as vice president of the Strike Division.

A recent example of how stealth aircraft maintenance has evolved was the Air Force release of a B-21 Environmental Protection Shelter (EPS) prototype being tested at Ellsworth Air Force Base (AFB), South Dakota. Ellsworth AFB was selected as the site to test the B-21 EPS prototype as it provides the most extreme and diverse weather conditions to test the temporary structures. [Ellsworth will be the main operating base (MOB) for the first operational B-21 bombers, as well as the location of the formal training unit. Later deliveries of the bomber will go to Whiteman AFB, Missouri, and Dyess AFB, Texas.]

Air Force Global Strike Command (AFGSC) and the B-21 Program Office are testing various prototype shelters to identify the most effective and affordable design to be used across all three B-21 MOBs, the depot and even at forward-operating locations. During the next several years, diverse amounts of data will be incorporated into a final design that will facilitate maintenance on the B-21.

As stated by the former director of AFCSC’s B-21 Integration and System Management Office, Col. Derek Oakley, “Major maintenance activities will still be performed indoors in hangars, but the B-21 Raider design will also provide us the flexibility to perform routine maintenance right on the flightline. Environmental Protection Shelters help extend the life of the aircraft and reduce required maintenance by limiting UV exposure, limiting snow accumulation and melt, and limiting icing/de-icing operations experienced by the aircraft over time. These shelters also help us generate sorties more quickly by eliminating the need to move aircraft in and out of hangars.”

That’s not to imply that the envisioned maintenance facilities and hangars for the bomber won’t have specialized functionality related to low-observable operations. Earlier this year, the Air Force Civil Engineering Center and U.S. Army Corps of Engineers briefed industry on the types of structures needed to sustain the B-21 fleet at Ellsworth and elsewhere. Military construction requirements associated with B-21 beddown include LO and general maintenance hangars as well as other operations and maintenance structures.

Understanding When LO Coatings Need Repair and When They Don’t

Decades of experience and lessons learned on the B-2 program have infused best practices into the B-21 program pertaining to maintenance and support of the airframe, systems and LO features. The goal is to eliminate long maintenance requirements that modern military aircraft require between missions.

With regard to the B-21, the Air Force has a head-start by baking maintainability into the aircraft through both the resiliency of the build process and materials over the long-term. While other aircraft require close monitoring of their performance and an ongoing effort to identify and address those items that systemically cause maintenance actions across the fleet, “you won’t see the need for similar actions for the B-21,” said Sullivan, adding that the company accommodated the use of existing common support equipment during the design phase to save the cost of designing new Raider-specific equipment.

Experience with the B-2 also influenced Northrop Grumman’s approach to the B-21’s coatings. “Specifically, we learned on the B-2 that not every little scratch or missing patch of material affects the overall signature of the platform,” explained Sullivan. “As it turns out, the coatings are very resilient to minor imperfections; the challenge is understanding which imperfection is significant enough to need repair and how many in aggregate can be allowed before a maintenance action must be accomplished.”

Digital capability, originally developed by Northrop Grumman for manufacturing, offers numerous possibilities in maintenance and sustainment, and the company leverages these technologies in partnership with the Air Force to prepare for operation and maintenance of the B-21 Raider.

Northrop Grumman’s Highly Immersive Virtual Environment (HIVE), for example, allows engineers and maintainers to walk through a digital representation of the B-21 to ensure their designs are producible during the manufacturing process and help identify and mitigate items that could cause maintenance issues.

“The integration of our digital design capabilities with our advanced manufacturing technologies means we’re working smarter and faster to bring next-generation technologies to life,” said Chris Daughters, Aeronautics sector vice president of Engineering. “Our ability to continually reduce risk throughout EMD by utilizing these transformative digital capabilities is going to pay dividends throughout the full lifecycle of the aircraft.”

In other news...
Hooters Changes Policy After ‘Crotch String’ Shorts Rub Waitressses The Wrong Way
Steve Hilton calls for 'complete economic disengagement' from China
Biden’s Intelligence Agencies In United States Caught Completely Unawares As Communist Ch...
NYC’s murder surge is on the pols, not the pandemic — and they must act
The Number Of Police Officers Assaulted On The Job Skyrocketed In 2020, FBI Crime Data Sh...
Glenn Youngkin Brags About Support From Advocates of Total Abortion Bans, Opponents of LG...
0 Comments
Inline Feedbacks
View all comments