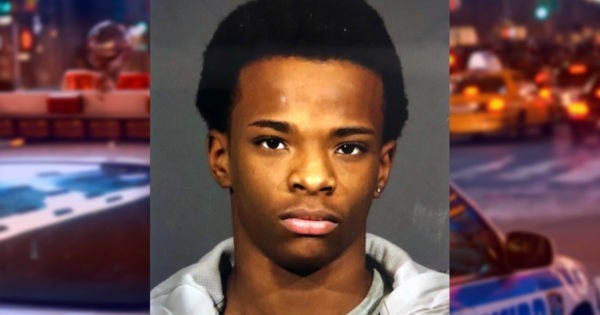 The victim of a shooting that occurred last night in New York has been identified as 16-year-old Isaiah Levine, who was suspected of homicide and being responsible for a string of robberies that targeted Asian-Americans.

Levine “was a reputed member of the Pitt Street Crew who had notched 11 felony arrests” in the last three years, according to the New York Post. He was standing on a street corner when a man approached him and started shooting last night. Levine was shot in the face and did not survive.

“Levine was being eyed in a string of robberies against Asian-Americans on the Lower East Side and was a suspect in an area homicide,” the Post reported, citing police sources. Levine had previously been arrested in February for a gun charge, the newspaper added, and had another open case for a robbery that occurred on January 22 of last year.

A person who knew Levine said he was not surprised. “He wasn’t the kid when you hear this you go ‘Wow, I never expect this.’ You expect it. He was living the life.”

New York’s local CBS affiliate reported that a second victim was hospitalized after the shooting and was shot in the hip. Witnesses told the outlet they heard five gunshots. The outlet added that the number of “fatal shootings of victims age 17 and younger more than doubled this year,” in a development that may further advance New York’s new reputation for crime.

The current state of New York seems to have led even Democrats to call for law and order despite last year’s calls to defund the police and replace them with social workers.

The Democrat nominee to become the next mayor is Eric Adams, a former police captain, whose bona fides on the subject of law and order are only challenged by Republican nominee Curtis Sliwa, the founder of the Guardian Angels organization that started as a citizen initiative to improve the safety of the city’s subways in the 1970s.

In other news...
Judge Rules University Can Continue Racist Admissions Program
Police: Bystanders to Philly train rape could face charges
Why Biden won’t tell you where the record number of illegal immigrants in the US are goin...
Boeing Workers Stage Protest Near Seattle Over US Vaccine Mandate
Biden's Court Packing Commission Is AGAINST Packing the Court and Democrats are Infuriate...
Patent Issued!-- The Vaccine Contains Your Barcode
0 Comments
Inline Feedbacks
View all comments