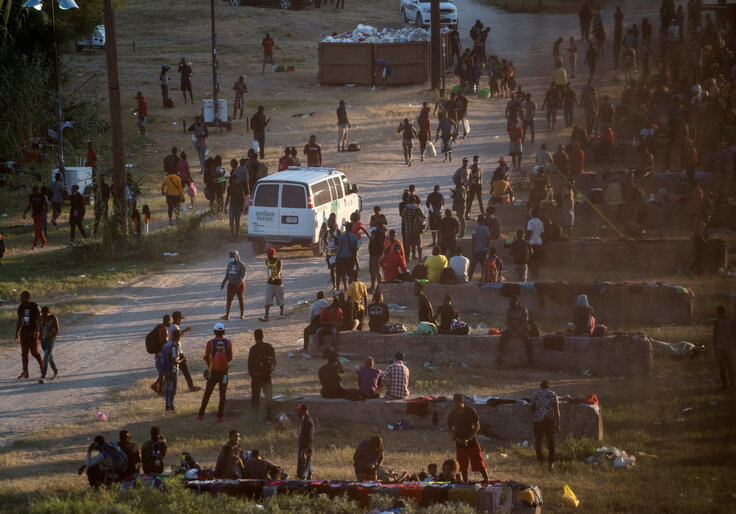 The Biden administration plans to use Title 42, which former president Donald Trump activated in March 2020, to expel some of the roughly 14,500 illegal immigrants who are sheltering under a bridge in Del Rio, Texas.

The rule allows Customs and Border Protection to immediately expel immigrants, including asylum seekers, from the United States without hearings if they pose a serious risk of communicable disease. During the 2020 election, Joe Biden promised to deport no immigrants during his first hundred days in office and that afterward “the only deportations that will take place are commissions of felonies.” His campaign called the Trump administration’s immigration policy an “assault on our values.”

Biden’s campaign website promised that he would “secure our border, while ensuring the dignity of migrants and upholding their legal right to seek asylum.” A link prompted on the website called for special protections for Haitian asylum seekers.

The Department of Homeland Security will now use Title 42 to “accelerate the pace and increase the capacity” of deportations from Del Rio. More than 14,500 migrants, a majority of whom are Haitian, have flooded the border city, leading the city’s Democratic mayor to plead with Biden for more help alleviating the crisis, the Washington Free Beacon reported Friday. An inspector general’s report released this month found that Biden’s handling of the border has put Americans’ health at risk.

Around 3,300 of the immigrants have already been deported or detained, border patrol chief Raul L. Ortiz said at a Sunday press conference. Under the Biden plan, Homeland Security will deport families with children, a policy that has faced court challenges and led to harsh criticism from some human rights groups and Democratic lawmakers.

The post Biden Will Use Trump Rule To Justify Mass Deportation in Border Crisis appeared first on Washington Free Beacon.