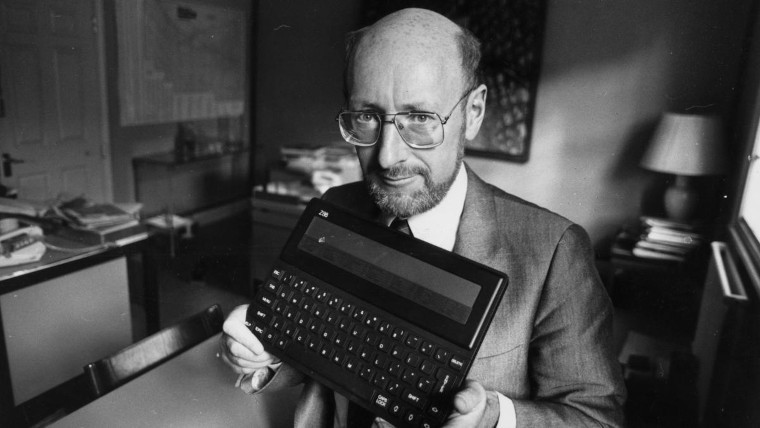 One of Britain’s greatest inventors died September 16. Clive Sinclair has been likened to Steve Jobs. He was a true genius, and I can honestly say one of the nicest blokes I’ve ever met.

Although he didn’t live as long as Marie Goodman who died seven days earlier, he did survive until 81, and had an even more eventful life. Clive Marles Sinclair was born July 20, 1940 at Richmond, one of the most affluent London boroughs. Criminality often runs in families, but so does genius; both his father and grandfather were engineers, and his eldest son Crispin is the inventor of what has been called the safest bicycle ever manufactured.

Unlike most people in his field, the young Clive opted out of university and started his first business in 1961 with £50 and some of his own capital. In August 1966, Sinclair Radionics exhibited a pocket television set,said to be the world’s smallest with a two inch screen. By this time, he was already an old hand, having produced his Micro Kit while still at school and publishing his first book as a technical journalist in 1959.

He was awarded a knighthood in June 1983, the London Times alluding to him as a computer expert, but he was much more than that. His inventions were eclectic if nothing else, ranging from a pocket calculator to a home computer to a fold-up bicycle, to the much ridiculed Sinclair C5. I remember talking to him about this latter pointing out that they may be laughing now,but in a hundred years time, who knows, adding that no one had predicted the mobile phone, to which he could only agree.

In later life, Sir Clive, as he was known to his friends, became an enthusiastic poker player, and after paying for his education, a very good one, which is how I met him.

On one occasion I spoke to him about a Chinese computer consultant living in London, an acquaintance of mine, who had invented a batteryless bicycle light. I thought it had great potential. Sir Clive looked into it and very kindly explained to both of us in detail why it didn’t.

Unsurprisingly, Sir Clive was a member of MENSA, but true genius is more than a mere stratospheric IQ. Many people of no great intelligence have a flair for invention or creativity. He had all of them and was the complete package.

Sir Clive was married and divorced twice and was the father of three.