In the wake of a growing controversy at Washington University in St. Louis where a Muslim student removed nearly 3,000 miniature U.S. flags from a 9/11 memorial and was
caught on video carrying them away in trash bags — after which he railed against “Islamophobia” as he defended his “Flag Relocation” — a First Amendment law professor at the school is saying the student exercised his freedom of speech and had as much right to remove the flags as those put them there while creating the display. 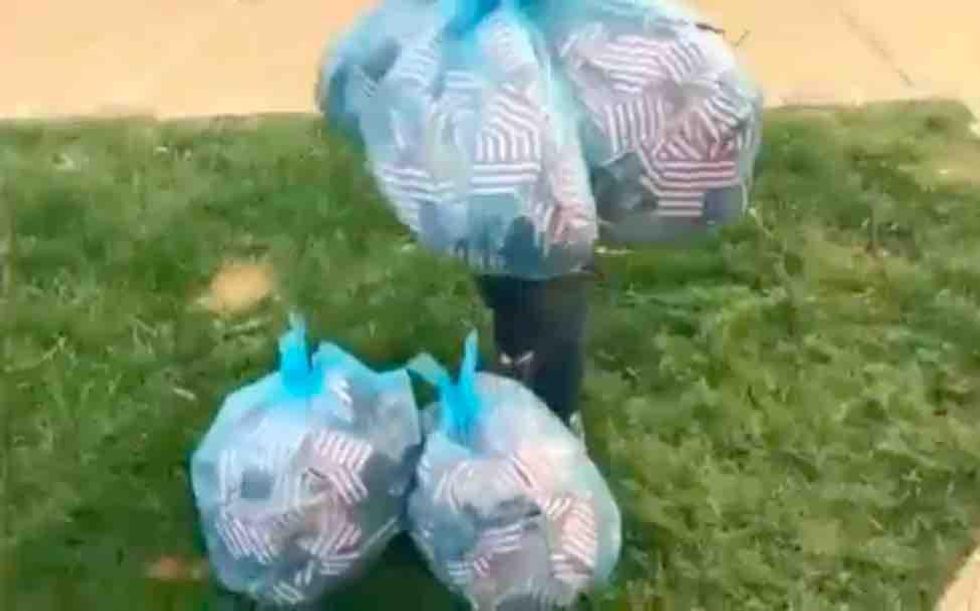 WOW: A student senator at @WUSTL was caught on video throwing away 2,977 American flags from conservative students’… https://t.co/0UtCGpiNK3

Alkilani defended his actions in a
formal statement Saturday night, calling his actions a “Flag Relocation Incident” in the title of his statement.

Since 9/11, Islamophobic hate crimes have been higher than they ever were before. The United States invaded countries in the Middle East and Central Asia, and over 900,000 people have been killed because of the wars the United States has propagated. 37 million people have been displaced, with some reports stating that number reaches up to 59 million. Any memorial of 9/11 that does not contend with these facts is not only incomplete, but it also amplifies pro-imperialist sentiment and actively disrespects those who have died because of American Invasion. A memorial which uses U.S. flags is especially insidious, as it does not recognize those who have fallen, but uses a symbol that was on the shoulders of those who are responsible for the deaths of 900,000 people, and uses the innocent lives lost during 9/11 as a political prop upholding American hegemony.

Alkilani also claimed he did nothing wrong — and was “verbally and physically harassed”:

The misinformation that is currently circulating on YAF’s page states that I was “stealing” the flags. This is due to a WashU College Republicans member, taking a video of me collecting flags in plastic bags. However, I had no intention of removing the flags from the Mudd Field area, and my full protest did not have the chance to be actualized. My planned protest was to place the bags of flags on Mudd field, along with various statistics (including those below) explaining the human cost of 9/11 in the past 20 years. On the sides of the bags, some writing may be visible, but the full statement was not outlined at the time of the video. I did not deface, destroy, damage, nor steal any flags, nor did I interfere with any registered event time. I assert that I did not violate any University Code of Conduct policy, though the conduct process is undergoing. Additionally, I was verbally and physically harassed by numerous WashU students and WUPD officers, whom I plan to report through official channels. 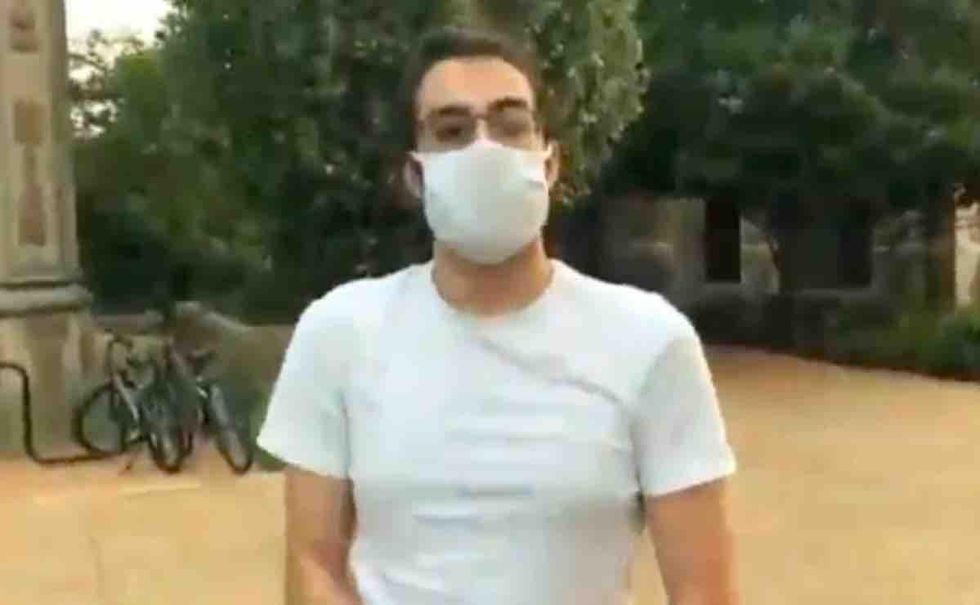 What did college officials have to say?

The school condemned Alkilani’s actions in a statement to the paper: “We were disappointed to learn about the disruption to the 9/11 display on Mudd Field. We condemn the interference with the expression of support by the College Republicans for the victims of the national tragedy that took place 20 years ago today.”

Chancellor Andrew Martin said much the same, the school paper reported Sunday: “I want to make it very clear that, as an institution, we find the actions of this student to be reprehensible. The removal of the flags impeded the ability of individuals to commemorate the lives lost on 9/11 and to process the trauma of that day.”

While Martin didn’t mention Alkilani by name, he did say the school would investigate the incident.

Professor stands up for Alkilani

However, one of the college’s most prominent First Amendment law professors, Gregory Magarian, argued that the administration’s silence on Islamophobia and racism after the incident caused “far greater harm” than Alkilani’s actions, the campus newspaper reported in a follow-up story.

“Putting up these flags as a way of commemorating 9/11 and making a political statement about 9/11 — there’s no question that that is an act of speech, that that is expressive, that it carries a message,” Magarian told the paper earlier this week. “And I think there’s no also no question that as a category, as a phenomenon, taking down the flags in opposition to the display is also expressive.”

The professor also said widespread hate speech following Alkilani’s counterprotest, and the way in which it was allowed to go on for days without rebuke from administrators, likely would have a chilling effect on the future atmosphere of free speech on campus, the paper added.

“The point of what Alkilani did, whether or not we agree with his methods, should not be lost: a lot of people feel differently about this,” Magarian added to the paper. “This is a very contentious, very contestable political message — the idea that 9/11 is all about national unity and the national interest, the idea that we should focus only on the deaths that occurred on 9/11 and not in commemorating this event talk about things that happened subsequently, that Islamophobia need be no part of the discussion and for that matter, the symbolic rendering of each of these lost lives in the form of an American flag.”

The paper reported that in the wake of the incident Muslim students have said they fear for their safety and are concerned about the rise of Islamophobic rhetoric from fellow students and from strangers on social media. In light of that, student groups have urged the university to address online hate and threats while other students went on an academic strike Wednesday, the paper added in separate stories.

In other news...
Pfizer to Seek FDA Authorisation for Injection for Babies
Watch: 2-Year-Old Has Asthma Attack as Flight Attendants Force Mask on Him
Obedience Or Bust
Paul Azinger Criticizes Brooks Koepka’s Comments on Ryder Cup
BREAKING: Fox Host Abruptly Exits NYC Restaurant After Being Asked To Show Proof Of Vacci...
The Anti Gun Lobby Is Like The Taliban
0 Comments
Inline Feedbacks
View all comments