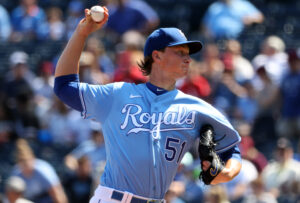 Sign up for FanDuel Sportsbook and win $150 by picking the winner of the Chiefs-Ravens game on Sunday Night on just a $5 bet. That represents an unbelievable 30-to-1 odds boost, available after you make your initial deposit. New users can lock in this offer NOW by clicking this link.

So here we are strolling along to a nice back-to-back sweep day. I almost even tweeted something out, luckily I thought better of it. The Cubs were winning 7-0 on the Phillies in the fourth inning. What happened next might as well be a comedy routine. The Phillies outscored the Cubs 17-1 over the last five innings of the game. Oh well, we still won the other two games and are 5-1 over the last two days. Let’s keep going.

Corey Kluber gets to face his former team tonight as he takes the mound for the Yankees. He’s had a decent year so far, but his numbers really stand out during home starts. At Yankee Stadium, Kluber has a 2.79 ERA. He is extremely tough the first time through the lineup before hitters start adjusting the second time around. Tonight, he faces Zach Plesac. Plesac has a bright future ahead of him, but tonight has the unenviable task of facing a tough Yankees lineup. He has been pretty consistent overall this season with a four-run ERA. The one thing that stands out to me is that Plesac has held Yankee hitters to a 5-for-30 performance against him. I like the under 9 in this game at -118. A sprinkle on Yankees to lead after 3 innings is fine at +112.

If you bet $100 on Casey Mize to win the first five innings of every game he’s pitched in, you’d have nearly $1,000 in your pocket right now. Today, he is once again an underdog, at +160. He’s allowed only three runs over his last two starts – the problem is he is pitching on a limit. So, those three runs came over five innings in the two games he started. Against the Rays in his last start, he went two innings and allowed the three aforementioned runs. Luis Patino is starting for the Rays and his last outing was against the Tigers. In that start, he went 4.1 innings and allowed two earned runs. While I don’t have enough confidence that Mize will pitch all five innings, I think the game should go under for the first half with the total of 4.5 runs at +104.

This is a bet on a player more than a team. Brady Singer for the Royals is averaging about a strikeout per inning. He also averages about five innings per start, so that puts him at five strikeouts per game on average. Singer faces the Mariners tonight who have struck out almost nine-and-a-half times per game this season, one of the worst averages in the league. The Mariners struck out 12 times yesterday and 11 times per game over the last three games. Singer has not had as great of success against their hitters, striking one out every five hitters. Over his last five starts, he’s struck out six or more hitters four times. Play Singer to get over 5.5 strikeouts today at +112.