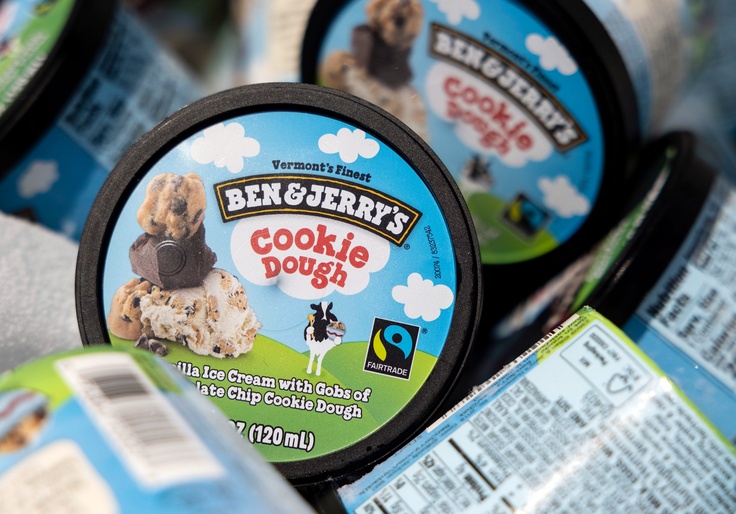 A government watchdog group is calling on New York’s public pension fund to divest from Unilever, the parent company of Ben & Jerry’s, in response to the ice cream company’s decision to boycott Israel.

The National Legal and Policy Center asked New York state comptroller Thomas DiNapoli in a Thursday letter to “effect the immediate divestiture” of the state pension fund’s $73 million holdings in Unilever, arguing that the company has not taken sufficient steps to oppose anti-Semitism and the anti-Israel Boycott, Divestment, and Sanctions movement.

The letter comes after Arizona and New Jersey announced they would pull investments from Unilever, and as Florida and Illinois have said they are looking at taking similar action. DiNapoli said in July that Ben & Jerry’s boycott decision would make New York reconsider its investments with Unilever in the future.

“Unilever’s position that it is opposed to anti-Semitism is belied by the actions and associations of Anuradha Mittal, the chair of Ben & Jerry’s Board of Directors,” wrote NLPC chairman Peter Flaherty in the Sept. 16 letter. “Mittal is the architect of the ice cream company’s policy of ending sales in Israeli ‘occupied territories.’ Reportedly, Mittal also proposed a boycott of all of Israel. Her Twitter account has many anti-Israel tweets and contain specific endorsements of the Boycott, Divestment, Sanctions movement.”

Flaherty also noted that Mittal is a trustee of Ben & Jerry’s nonprofit arm, which issued $170,000 in grants to an unrelated nonprofit that Mittal also controls called the Oakland Institute. The arrangement could violate IRS rules against self-dealing, according to the NLPC, which filed a complaint with the IRS about the financial activities last month.

In one article published by the Oakland Institute, former Green Party Senate candidate Todd Chretien argued that progressives should support Hezbollah during the Israel-Lebanon war in 2006.

“You do not have to agree with all of Hezbollah’s ideas to support their resistance to Israel,” Chretien wrote. “Condemning ‘both sides’ in the Middle East is just like condemning ‘both sides’ in the American Civil War. During the Civil War, with all its complications, one side fought for slavery and the other fought for emancipation. Today in the Middle East, one side fights to rob and pillage, the other seeks self-determination and dignity.”

The institute also directed a Ben & Jerry’s foundation grant to an organization called the Badil Resource Center for Palestinian Residency and Refugee Rights, which the European Union barred from receiving public funding last year for refusing to sign an anti-terror clause.

“If Unilever were truly opposed to anti-Semitism, it would have already severed its relationship with Mittal,” wrote Flaherty. “Moreover, Unilever’s anti-Israel bias is underscored by the fact that it has announced no intention to end ice cream sales in China, where it is a leading foreign brand.”

The New York comptroller’s office did not immediately respond to a request for comment.

In other news...
The MEDIA held a RALLY in D.C. today and the Pulitzers are IN the mail. Also the Riot Co...
Peyton Manning Says Patriots Bugged Locker Rooms
Justice Breyer Brushes Off Retirement Demands, But Says He Doesn’t ‘Intend to Die on the ...
Governors From 26 States Now Demanding Meeting With Biden Over Crisis At The Southern Bor...
Man Charged in Toronto Liquor Store Assault on Elderly Jewish Employee Showered With Anti...
Sen. Roger Marshall: Democrats’ $3.5T spending plan is ‘reckless’
0 Comments
Inline Feedbacks
View all comments