‘Why Don’t We Break Up?’: Comedian Sarah Silverman Says America Should ‘Divide Up Into Like Two Or Three Countries’ 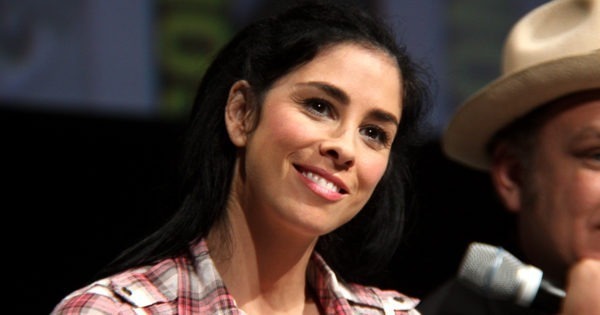 While noting the division and disagreements that plague the United States in the 21st century in a recent episode of her podcast, liberal comedian Sarah Silverman suggested the country “break up” into “two or three countries” as a result of irreconcilable differences regarding politics and vaccines in a statement some say reflects those made by Pat Buchanan in his 2011 book, “Suicide of a Superpower: Will America Survive to 2025?”

In an excerpt of the podcast posted to Twitter, Silverman said, “I mean, this may be a negative thought, or a positive one I don’t know, but if people aren’t getting along, like in a relationship, they break up. You know? So why don’t we just, finally just realize that this, these states aren’t working, and like divide up into like two or three countries?”

She added, “Like USA 1 and USA 2? And they can be USA 1, like the conservatives can be USA 1 because they love being number one and it means something to them, and I’d love to have that be theirs, they can be USA 1, we’ll be USA 2, and we’ll be allies.” Noting that vaccine requirements would likely be a defining issue between the two countries, with hypothetical USA 2 requiring a seemingly endless series of COVID-19 booster shots, she then added. “And you’ll come over here, and we’ll go over there, and you know when you come to certain, many times when you to a different country you have to get a vaccine. That’s that.”

Author Ryan Girdusky noted, “Pat Buchanan was fired for writing ‘Will America Survive Till 2025’ just a few years ago… now breaking up the US is being openly floated and will probably become an increasingly common opinion in the future.”

Pat Buchanan was fired for writing “Will America Survive Till 2025” just a few years ago… now breaking up the US is being openly floated and will probably become an increasingly common opinion in the future. https://t.co/lKFC6B7vZH

Girdusky refers to paleoconservative icon and former presidential candidate Pat Buchanan’s 2011 book, “Suicide of a Superpower: Will America Survive to 2025?” The book, released in 2011, apparently led to Buchanan being fired as a paid commentator for MSNBC, before the cable network veered extremely far to the left, as Brian Stelter, now a show host for CNN but then a writer for the New York Times noted in 2012 with an article titled “With Book, Buchanan Set His Fate”.

In his article, Stelter wrote that Buchanan’s “friends who worked with him at MSNBC” said the book “would provoke controversy and threaten his professional well-being.” After the book launched, he was no longer asked to appear on the cable network, and on February 16, 2012, the network said, “We’ve parted ways with Pat Buchanan. We wish him well.”

The description for Buchanan’s book declares that “America is disintegrating” and “In its place will arise a country unrecognizable to our parents.” He says this disintegration was caused by “America’s loss of her cradle faith, Christianity; the moral, social, and cultural collapse that have followed from that loss; and the slow death of the people who created and ruled the nation. And as our nation disintegrates, our government is failing in its fundamental duties, unable to defend our borders, balance our budgets, or win our wars.”