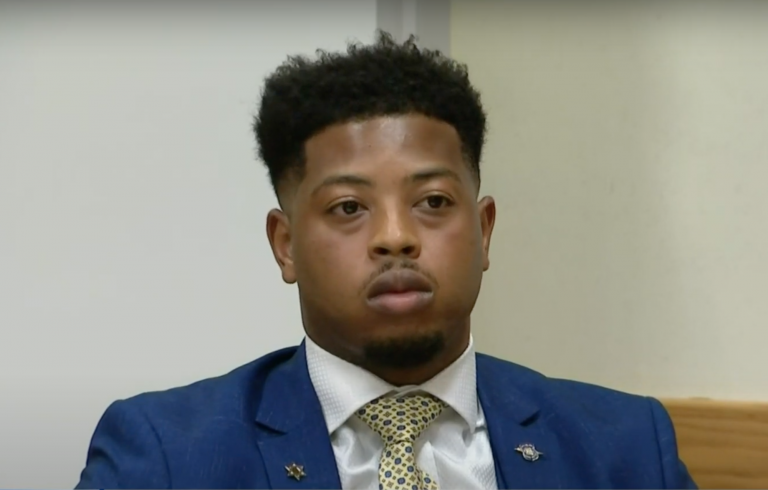 A Michigan Democratic state representative snuck a handcuff key into jail after police arrested him for violating his bond, according to a county sheriff’s office.

Police discovered the key on Rep. Jewell Jones, whom a court released on bond in April after he was arrested on drunk driving charges, according to Livingston County sheriff Michael J. Murphy. The sheriff’s office says Jones has repeatedly violated his bond, which a judge revoked in a Tuesday hearing. The Democratic lawmaker now faces two additional felony charges—attempting to escape police custody and smuggling a weapon into a jail.

In a statement Wednesday, Murphy said Jones is “an embarrassment to all elected officials” who “thinks somehow the laws do not apply to him.”

The 26-year-old representative, who became the youngest person elected to the state legislature in 2016, was arrested on drunk driving charges in April. During the traffic stop, Jones resisted arrest, and law enforcement pepper-sprayed and tased the government official, according to a police report. The lawmaker also threatened to report the officers to Democratic governor Gretchen Whitmer, saying, “It’s not going to be good for you” and “I run y’all budget.”

Jones’s arrest is only the latest controversy for the Michigan lawmaker. Earlier this year, Jones spent more than $200 in campaign funds at a strip club, according to a July financial disclosure.