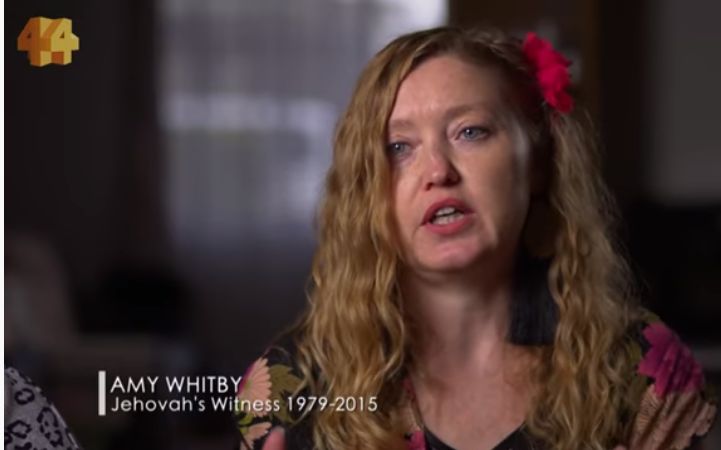 If there is one religion that has taken a battering in the new Millennium, it is the Jehovah’s Witness cult. Its proponents predicted the world would end in 1975, and of course we are still here. That was far from its first such prediction, but by that time, radio and television were universal, so many left the cult. Today of course we have not only radio and TV but unlimited information at the click of a mouse; many people, including Jehovah’s Witnesses, who search for information about the cult on-line are directed not to the official website but to websites run by apostates – or agents of the Devil as the Governing Body of the organisation likes to call them.

Apostates, and others who preach the truth about this religion, have put masses of documentation on-line which exposes everything from the career of its con man founder Charles Taze Russell to the doctoring or simple concealment of old JW publications.

This three quarters of an hour documentary in the Four Corners series doesn’t concern itself with the origins of the cult as an offshoot of the Millerite Movement, but concentrates instead on the way it controls its members lives, and on legal issues. As this is an Australian series, it focuses largely on Australia, but covers the United States as well, where the cult originated and where its headquarters is based.

If you find that repetition to be a tad annoying, sorry, but this is indeed a cult, a religious or similar organisation that micro-manages its members lives and treats outsiders as at best enemies who will destroy them given the slightest opportunity, those they can’t convert.

The most sensitive and for some most outrageous issue here is its approach to child sexual abuse. False allegations of child sexual abuse are rampant in the modern world, especially in divorce or contested custody proceedings, something that was acknowledged by the legal profession a quarter of a century and more ago, and mandatory reporting is a bad idea because it creates more problems than it solves. Nor is the so-called two witness rule an inherently bad thing because there are always two witnesses to child sexual abuse, but Jehovah’s Witnesses regard it as a sin rather than a crime, and even when their own investigations have led to an accused confessing, they have never informed the legal authorities, like never.

The cult also comes under attack for its patriarchal structure, but to be fair, if you think the world has been messed up by men, think how much worse it would have been if women had run it. And if child sexual abuse is a sin to the JWs, so is homosexuality. One person who isn’t happy with this is Brandy Schmiedel, the niece of Governing Body member Stephen Lett. Her younger brother was a homosexual, he was disfellowshipped, shunned by his family and other Witnesses, and ended up committing suicide. Lett’s crassly insensitive indirect but very public remarks on this family tragedy led to Schmiedel speaking out. A full length interview with her can be found on the Lloyd Evans YouTube channel.

One anomaly pointed out here is that for people who believe the end of the world is nigh, the organisation has an enormous property portfolio, but there are signs this may be coming to an end. Its legal problems worldwide stemming from its treatment of child sexual abuse allegations have severely dented it finances, which is believed to be the reason it has been selling off its Kingdom Halls. And with the worldwide lockdown, Zoom meetings have largely replaced real world meetings, which has led more and more people to realise The Truth isn’t really the truth. There are now many dedicated anti-JW YouTube channels including the aforementioned Lloyd Evans who has over 95k subscribers. Lloyd is an apostate, but the JWs are also being exposed by mainstream Christians and atheists. It may indeed be that the end is nigh, but not the way they expect it to come.

In other news...
Follow the Science, Even When It Changes (Especially When It Changes)
WATCH: Cruz releases video from Del Rio, says “there are 10,503 illegal aliens” blames Bi...
Gabby Petito's father calls out fiance as daughter remains missing
PESTILENCE IS A DEADLY DISASTER OR DISEASE, THAT AFFECTS AN ENTIRE COMMUNITY
Human trafficking: 2-year-old, 3-month-old sibling found abandoned by Border Patrol along...
Biden Loses All Authority Over The United States Military
0 Comments
Inline Feedbacks
View all comments