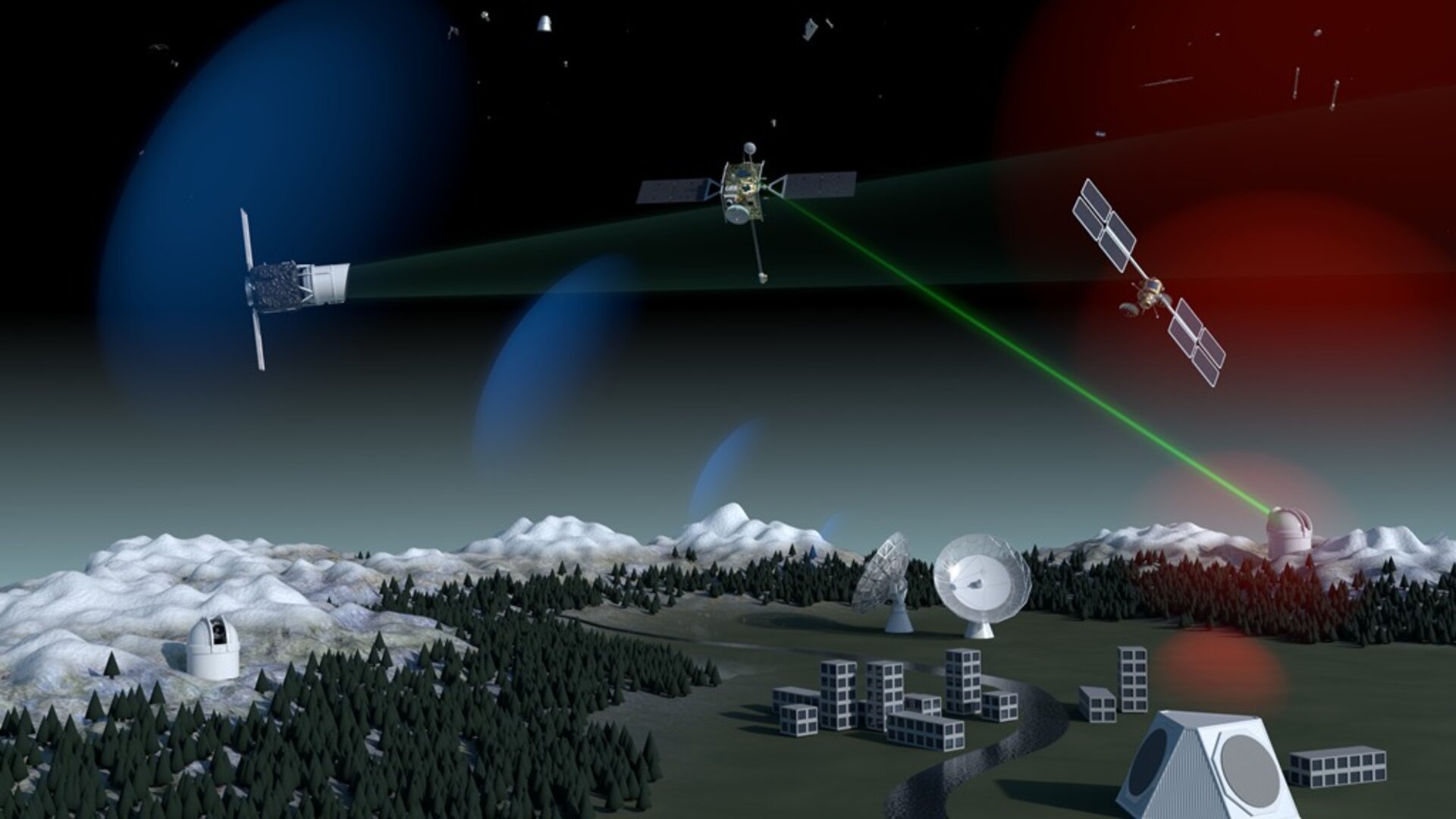 Radar, telescopes and software-based models and analytics are the pillars of space situational awareness. ESA image.

MAUI: Despite the long-standing efforts by DoD to improve the military’s aging space tracking system’s accuracy and timing by incorporating commercial data and services, both defense lawmakers and industry are getting impatient with the lack of progress.

“Congress is getting lobbied hard by the commercial SSA companies and in turn keeps asking the DoD for a strategy, and they’re not getting much back,” one source following the issue said.  “So over the last few years they’ve been adding more and more of a ‘mandate’ for the DoD to have a strategy for using commercial SSA data. And it’s probably also related to the broader push for the DOD to use commercial services across remote sensing, weather, communications, etc.”

Space situational awareness (SSA) — what the Space Force and Space Command now call Space Domain Awareness — is the foundational capability for all military space operations. Currently, the 18th Space Control Squadron is responsible for keeping tabs on satellites and space junk, and warning operators of close approaches in orbit, via the US military’s network of radar and optical telescopes.

SSA experts, from both government and industry, are gathered here this week for the annual Advanced Maui Optical and Space Surveillance Technologies (AMOS) conference on space observation. But lawmakers’ intentions when it comes to SSA are even clearer in recent legislation.

The Strategic Forces subcommittee, in it’s earlier markup of the bill, criticized DoD for a lack of concrete plans for integrating commercial SSA “into the wider commercial SSA architecture to support Joint All Domain Command and Control (JADC2) and a broad range of intelligence operations.” The subcommittee demanded a Space Force acquisition strategy to rectify the situation, as well as a DoD Comptroller report on the status the service’s efforts.

HASC’s move follows similar action by the Senate Armed Services Committee in its version of the defense policy bill. The SASC bill, however, recommended only a $7 million increase and put the funds in a different pot: the Space Force’s research, development, test and evaluation budget for “Space Situational Awareness Operations” (PE 1203940F). Space Force asked for $149.7 million in that budget line, but did not specify any amount for commercial activities.

The SASC bill expressly noted that the funds be used for “commercial procurement of SSA data,” noting that “the committee views use of commercial data for this mission as an important part of an integrated approach to achieving SSA.”

Indeed, the 2021 NDAA mandated that the Department of the Air Force contract with two providers within 90 days of its enactment.

A number of small contracts have been granted over the past couple of years — to companies such as Numerica, Leo Labs,  ExoAnalytics and Rincon Research — to explore integration of data into Space Force’s cloud-based SSA data repository, the Unified Data Library. However, one industry source said the frustration is that the experiments have not resulted in a program of record.

Several industry sources noted that there are a number of companies that now are well-positioned to provide SSA to Space Force as a service — that is, instead of just delivering data on the orbital positions of space objects, providing information to characterize the object’s purpose and so-called conjunction analysis about possible collisions with other objects.

A Space Force spokesperson said the contracts required by the 2021 NDAA have been granted, but was unable to provide more information prior to press time.

Of course, the defense policy bills don’t actually provide funds once they are enacted. That is up to the appropriators on both sides of Capitol Hill. And action by Congress on defense spending is, as usual, caught up in squabbles over the top line, the broader US government budget and partisan politics — likely leading to another down-to-the-wire fight for a continuing resolution at current spending levels.

Amazing! I’ve been making $85 every hour since i started freelancing over the internet half a year ago… I work from home several hours daily and do basic work i get from this company that i stumbled upon online… I am very happy to share this work opportunity to you… It’s definitely the best job i ever had…