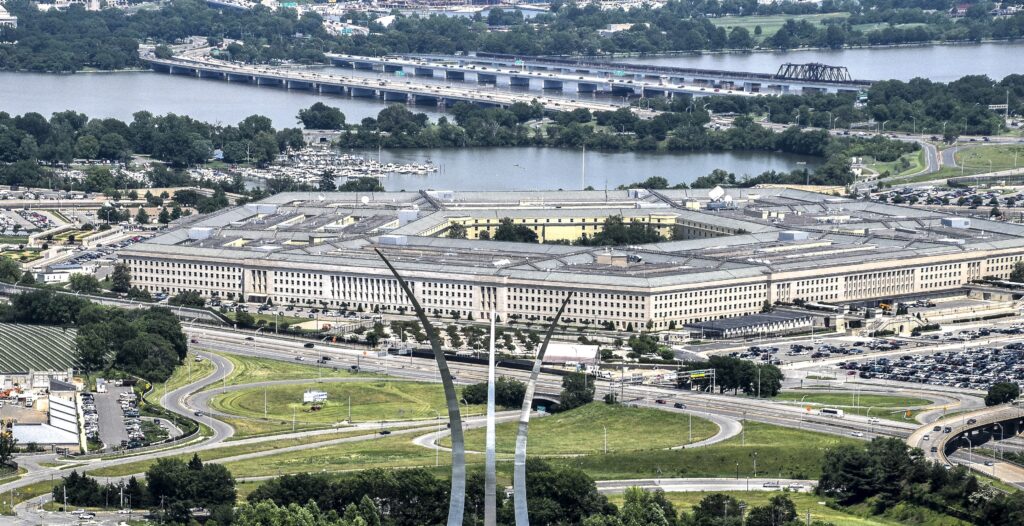 WASHINGTON: Defense Secretary Lloyd Austin has signed off on the implementation plan for the department’s 2020 Electromagnetic Spectrum Superiority Strategy, the Pentagon announced today.

The authorized plan marks a significant milestone toward modernizing a key capability to enabling practically every aspect of modern warfare — including the DoD’s Joint Warfighting Concept and All Domain Operations — and one which the US has allowed to atrophy since the end of the Cold War, according to experts. The EMS enables a broad range of military capabilities, from communications, signals intelligence, and command & control to sensing, navigation, and targeting.

Austin officially approved the implementation plan on July 15. The plan is classified.

“Today’s EMS Superiority Strategy combined our electromagnetic warfare and spectrum equities for the first time ever,” said Gen. John Hyten, Vice Chairman of the Joint Chiefs of Staff, who has been overseeing the implementation plan’s development and is responsible for its execution and oversight. “Future challenges require us to fight and win in the EMS from the beginning, and commanders must plan to win the EMS in their area of responsibility. The Strategy’s I-Plan sets us on a path to dominate the future battle space. We are determined to get there and achieve spectrum superiority in all domains.”

In a call with reporters Thursday afternoon, Air Force Brig. Gen. Darrin Leleux, deputy director of the Electromagnetic Spectrum Office Cross Functional Team (EMSO-CFT), said the implementation plan “marks a stark difference” from past efforts and reflects the department’s shift to a “holistic view” and “enterprise approach” to EMS operations.

Today’s announcement comes after the House Armed Services Subcommittee on Cyber, Innovative Technologies, and Information Systems (CITIS) last week added to its markup of the fiscal year 2022 National Defense Authorization Act a thirty-first mission area called “spectrum operations” and a statutory requirement for the Pentagon to appoint someone to lead the 2020 strategy’s implementation.

The last two points are important because the General Accountability Office in December released a report critical of the Pentagon’s efforts to fully and effectively implement a strategy for modernizing EMS operations, despite releasing three EMS strategies over the past eight years.

The GAO’s report provided five recommendations, and Leleux said three of the five recommendations have been incorporated directly into the plan and a fourth satisfied by the plan’s release. The fifth, oversight, will transition from Hyten to the DoD chief information officer this fall.

Now the strategy has a plan okayed by the Defense Secretary and looks likely to get the congressionally authorized operational priority, leadership, and funding required to ensure it gets implemented.

“Our adversaries are rapidly closing the gap when it comes to our advantage in the electromagnetic spectrum,” CITIS subcommittee chair Rep. Jim Langevin told Breaking Defense. “We need bold action now to maintain our advantage, so I applaud the Department of Defense for recognizing the importance of this invisible domain. However, we can’t afford to allow this strategy to fall into obscurity, which is why I included a provision in my subcommittee mark of this year’s NDAA requiring the DoD to ​appoint a single official to lead implementation.”

Currently, US Strategic Command leads EMS operational advocacy, while the EMSO-CFT works to achieve the 2020 strategy’s overall goals, which include:

In another sign the DoD is moving to modernize, the Defense Information Systems Agency recently asked industry for prototypes to provide a “radically new set of capabilities” for a Joint Electromagnetic Battle Management System, noting “This work has never been done before within the Department of Defense and requires a novel approach.”

Air Force Brig. Gen. AnnMarie Anthony, deputy director for operations for Joint Electromagnetic Spectrum Operations and mobilization assistant to the USSTRATCOM director of operations, noted that DISA is the program manager for the Joint EBMS and USSTRATCOM is the operational manager.

DISA is “fast-tracking” the initiative to move from prototype to operational tech, Anthony said.