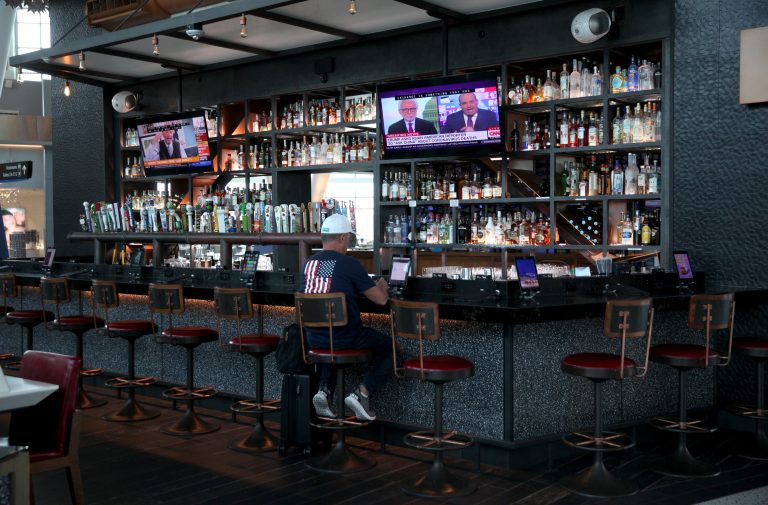 The Biden administration is urging airports to police the sale of alcohol to travelers, citing a rise in “unruly behavior” by passengers on planes.

“The [Federal Aviation Administration] requests that airports work with their concessionaires to help avoid” unsafe behavior, agency chief Steve Dickson wrote in a letter Tuesday to airport managers. “Even though FAA regulations specifically prohibit the consumption of alcohol aboard an aircraft that is not served by the airline, we have received reports that some airport concessionaires have offered alcohol ‘to go,’ and passengers believe they can carry that alcohol onto their flights or they become inebriated during the boarding process.”

Dickson suggested airports work to prevent passengers from boarding planes with alcohol through signage warning against doing so, public service announcements, and informing airport bars and restaurants of the prohibition on “to go” drinks.

The Federal Aviation Administration in May reported a 13-fold increase in the number of reported cases of “bad passenger behavior” from a typical year. The agency has adopted a “zero-tolerance policy” toward misbehaving passengers, in which offenders may face criminal charges, a $35,000 fine, or lifetime bans from airlines.

One incident of passenger unruliness attracted national attention this week. A 22-year-old traveler on a Frontier Airlines flight allegedly groped and assaulted flight attendants on Saturday before staff duct-taped him to his seat. The man was charged with three counts of battery, and videos of the incident were viewed millions of times.

Biden and his “people” may want to consider those who must wear masks on an airplane may become a little unhinged… Take away their drinks and you’ll have even more pissed off people. Does he “Black” Mask it up on Air Force One? Doubtful… The people in this faux administration are power mad and totally clueless.