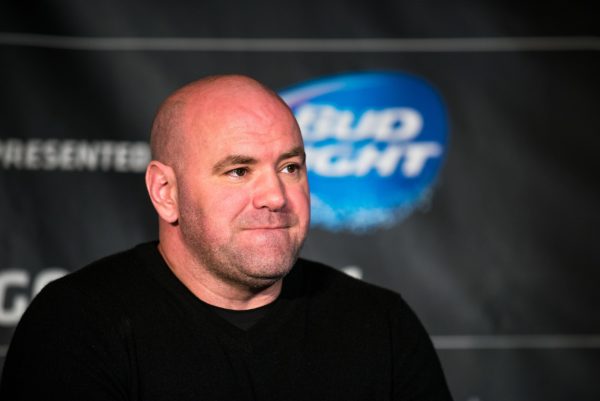 UFC President Dana White will not by forcing any of his employees to get vaccinated for COVID-19. “I’m not putting any restrictions on any of my people and forcing them to do anything,” White told Pat McAfee in a recent interview. “I’ve never forced anybody to do anything, let alone take a shot you might not be comfortable with.”

White’s comments come as vaccine mandates are beginning to roll out. Biden recently announced that all federal employees and contractors will be required to be immunized. In New York City, Mayor Bill de Blasio announced just yesterday that proof of vaccination would be required for entry to certain buildings. This includes restaurants, gyms and entertainment venues.

The UFC was planning to hold UFC 268 at Madison Square Garden, though that is now looking less likely. White did not comment on whether his plans to hold the event in Madison Square Garden will be changed in the McAfee interview, but he did say that the UFC is prepared to work around potential lockdowns. “A year and a half ago you got me, I never thought that Vegas could be shut down,” White stated. “I never thought that was even a possibility in my lifetime, but now I do, and now I’m ready for anything.”

“I got my shit dialed in. A year and a half ago you got me ok? I didn’t see that coming.

I never thought that Vegas could be shut down & now I do & now I’m ready for anything”@danawhite on covid & any future potential sports shutdowns #PatMcAfeeShowLIVE pic.twitter.com/3Elg4SeOTs

The UFC had the distinction of being the first live sports organization to get back to work following the initial COVID-19 lockdowns. The promotion returned on May 9, 2020 with UFC 249 at VyStar Veterans Memorial Arena in Jacksonville, Florida. They then held two more events in Jacksonville over the next two weeks, all without spectators. Once the Nevada Athletic Commission started to sanction events again in late May, the UFC relocated to their facility in Las Vegas. From there they have held weekly events, barring a few major holiday weekends.

White thanked Florida Governor Ron DeSantis and Jacksonville Mayor Lenny Curry in a tweet last May. “Thank you for an amazing weekend,” White wrote. DeSantis responded with a tweet of his own in which he thanked the UFC and welcomed them to return with fans whenever possible. Dana White took them up on their offer when capacity limits were lifted earlier this year and returned to Jacksonville for UFC 261. DeSantis and Curry actually spoke at the event’s press conference, which ended up being a massive success. With UFC 261, the promotion notched another “first” in becoming the first U.S. sporting event to host a full capacity crowd post-COVID.

Dana White’s refusal to mandate vaccines is a stark contrast to other major U.S. sports leagues. The NFL in particular has been pressing their employees to get vaccinated quite hard. Though they have yet to explicitly mandate the vaccine, unvaccinated players will be forced to undergo a robust set of protocols, which includes wearing a mask at team facilities. The NFL also announced that teams who suffer substantial COVID outbreaks will be forced to forfeit games. Since the measures were announced, over 88% of NFL players have received at least one dose of a COVID-19 vaccine.