Psaki: ‘We’re Not Going To Take Options Off The Table’ To Combat COVID-19 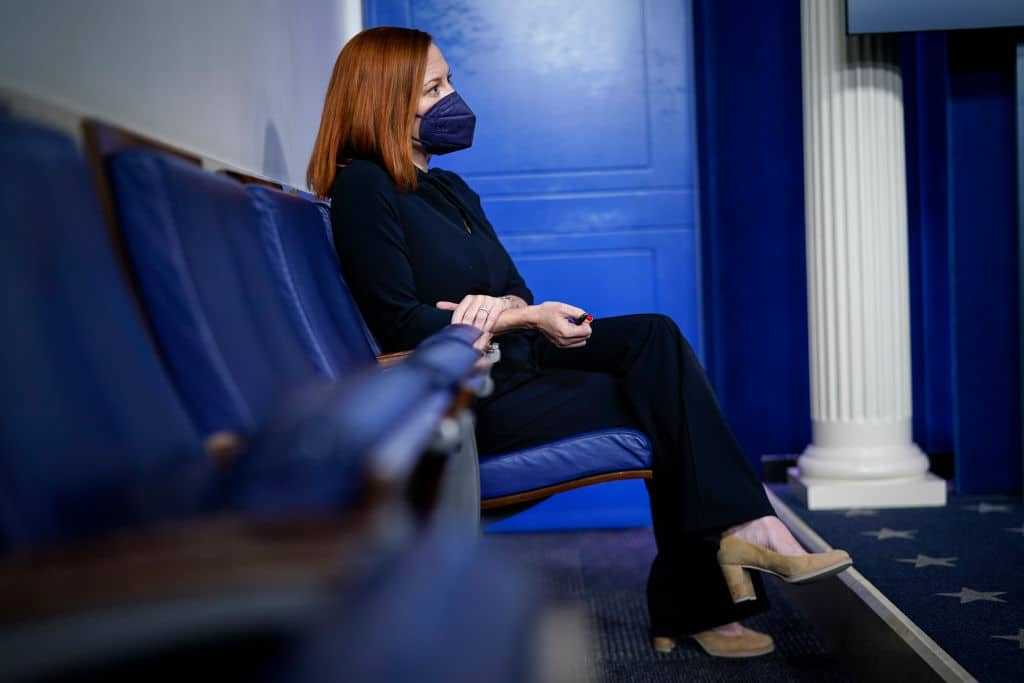 During Monday’s press briefing, White House Press Secretary Jen Psaki said the Biden administration was “not going to take options off the table” for what public health “experts” will recommend for combatting the COVID-19 pandemic.

“On Friday, the President was asked whether Americans should expect more guidelines coming out because of COVID, because of the Delta variant, and he said, ‘in all probability,’” a reporter said. “So, what’s on the table?”

“I’m not, obviously, the President is keeping the option open of making sure that he is, that the CDC and our public health officials can make recommendations on what’s needed to keep the American people safe,” Psaki responded. “I’m not in a position to preview that or to get ahead of any decisions they may make. What I can reiterate, though, is and you heard Dr. Fauci and Dr. Collins reiterate this weekend, we’ve been clear, we’re not going back to the shutdowns of March of 2020. We’re not going back to the economy shutting down. We’ve made too much progress. Too many people are vaccinated, there’s been too much progress on the economic front.”

Negating her claim that “we’re not going back to the shutdowns of March of 2020,” Psaki added, “But again, he has said from the beginning that we are going to be guided by the science, guided by our public health experts, and we’re not going to take options off the table of what they may recommend.”

Psaki: “We’ve been clear we’re not going back to the shutdowns of March of 2020 … but again, [Biden] has said from the beginning that we are going to be guided by the science.” pic.twitter.com/4TEkTmOlv7

Psaki’s comments come the week after Principal Deputy Press Secretary Karine Jean-Pierre said during a White House Press briefing that if the CDC recommended more lockdowns, the Biden administration would “follow their guidance.”

“So, if you’re listening to the scientists, if scientists come to you at some point down the line and say, ‘It is our opinion that there should be shutdowns and there should be school closures,’ you would do that?” Fox News reporter Peter Doocy asked.

BREAKING: The Biden administration indicates they are open to returning to lockdowns. pic.twitter.com/lcj66Fggkz