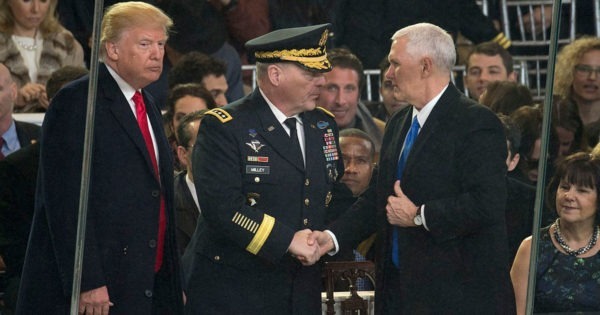 “How do you think this looks to hostile countries?” Trump queried according to the book, referencing the violent riots, looting, and destruction.”They see we can’t even control our own capital city and the space around the White House!” Trump drew comparisons to the race riots of the 1960s according to the book, but Milley And Esper pushed back, with Milley allegedly gaslighting the President by telling him “Mr. President, it doesn’t compare anywhere to the summer of sixty-eight. It’s not even close.”

Trump recently slammed Pence in a statement released on July 19, as reported by National File:

The former President also reportedly stated that his biggest regret was not using the military to put an end to the BLM insurrection of 2020.