On Tuesday, July 27th in Tokyo, Simone Biles, a four-time Olympic gold medalist withdrew from the women’s gymnastics team final after scoring a low 13.766 on her vault. NBC analyst, Nastia Liukin, observed the vault and said, “It looked like she got almost lost in the air.”

Biles subsequently withdrew from the individual all-around which was won by American, Sunisa Lee, on Thursday.

“Simone has withdrawn from the team final competition due to a medical issue. She will be assessed daily to determine medical clearance for future competitions.”

Biles’ version was, “After that vault, I was like: I’m not in the right headspace. I’m not going to lose a medal for this and for these girls because they’ve worked way too hard.”

The aftermath was a torrent of social and political commentary and well-wishes from writers, podcasters, sports analysts, media hosts, politicians, and talk show personalities. Responses were either supportive or skeptical.

A Texas politician has already apologized for having “opined on subjects for which I am not adequately versed.” His tweet that sparked the apology called Biles a “national embarrassment.” 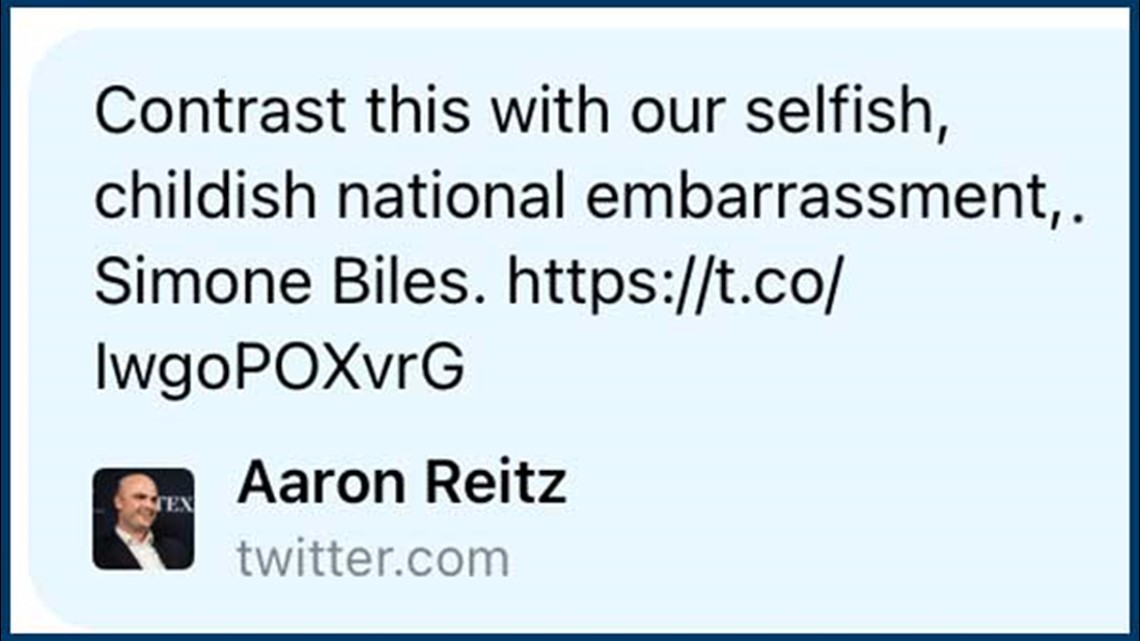 Am I good enough? Yes, I am. The mantra I practice daily. @Simone_Biles, we are proud of you and we are rooting for you. Congratulations on the the silver medal, Team @USA!

One often-mentioned disappointment among commentators is that Biles held a spot on the gymnastics team that could have been occupied by a more invested and enthusiastic athlete. In 2015, the international governing body for gymnastics reduced the allowable number of team members from five to four. Prospects for making the team tightened.

In gauging how people across the country weighed in on Biles’ withdrawal, traditionalists see it as a defeat for her and her country while progressives see it as, well, progress.

Me? I keep thinking about the gymnast who was next in line to be in the 2021 Summer Olympics.

Click this link for the original source of this article.
Author: Bascott O’Connor

In other news...
Why are health agencies hiding the deadly infection...
Return of the masks: face coverings are back in the...
FCC commissioner pushes for Big Tech to fund broadb...
At Real Clear Politics: Biden Reveals His True Goal...
Thanks Democrats: Minnesota Children Three Times Mo...
Congressman Slams Biden on Abortion: “Taxpayers Sho...
0 Comments
Inline Feedbacks
View all comments