‘PROPAGANDA’ AND ‘INDOCTRINATION’: Pennsylvania Parents Push Back Against Critical Race Theory in Schools 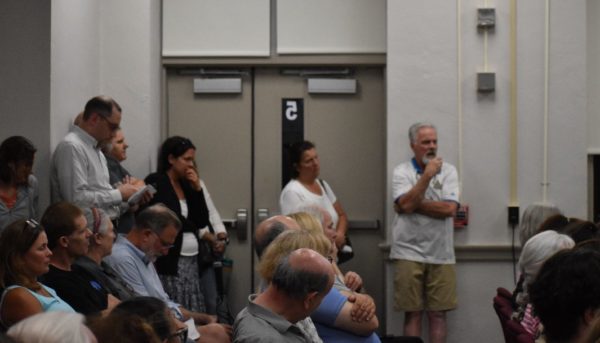 National File attended a school board meeting for the Haverford School District in Pennsylvania earlier this month, where parents showed up in an overwhelming display of opposition to the instituting of Critical Race Theory in their children’s schools.

“The teaching is at best propaganda and at worst indoctrination,” remarked Angela Urso, the first parent to speak about the topic. Her main topic of concern was the inclusion of books by the radical author and ‘Critical Race Theorist’ Ibram X. Kendi on the mandatory summer reading list for her child. She viewed the inclusion of such a book as only fanning the flames of division in her community. “My family has been in Havertown for three generations. I have never seen so much hate in our community, so much division in our community,” she later told National File.

Haverford School District adopted Critical Race Theory programs as part of their ‘Anti racist plan,’ which was instituted last August. As this was during summer vacation and all business was being conducted virtually at the time, this allowed the School Board to pass the plan with out any transparency towards, or oversight from, the parents of the district.

Such unexpected parental pushback led some members of the school board to personally attack the parents they supposedly represent. Notably, School Board Member Kristen M. Larsen ridiculed her constituents in the room as “followers” who can’t think for themselves. After much push back, she then made an unsubstantiated claim that someone in the room had threatened to shoot her. Nobody else heard this threat.

However, such poor treatment of parents by the School Board is part of what inspired Elena Wyseley to run for School Board herself. In her speech that night, she attacked the radical curriculum from a myriad of angles. After slamming Mrs. Larsen for her prior remarks against those in the room, she made the case for why it is “very apparent” that Critical Race Theory is being taught in the school.

Wyseley showed the the curriculum being taught in schools was heavily influenced by outside radical groups which are not representative of the district as a whole. She also showed the district is teaching topics which force students to ‘see color,’ and has even awarded students for apologizing for their whiteness. Finally, she called for the removal of all books by Kendi and other Critical Race Theorists from all school libraries and summer reading lists.

“It is high time this crap gets out of our kids’ schools,” she proclaimed to thunderous applause.