Flying American flags on July 4 costs restaurant owner $200 in fines: ‘They want to bully you — they think you’re gonna go away’

Terry Trobiani told WFLD-TV he just wanted to celebrate this past Fourth of July by placing two American flags on the front of Gianelli’s, his hot dog and beef restaurant along Highway 176 in Prairie Grove, Illinois. 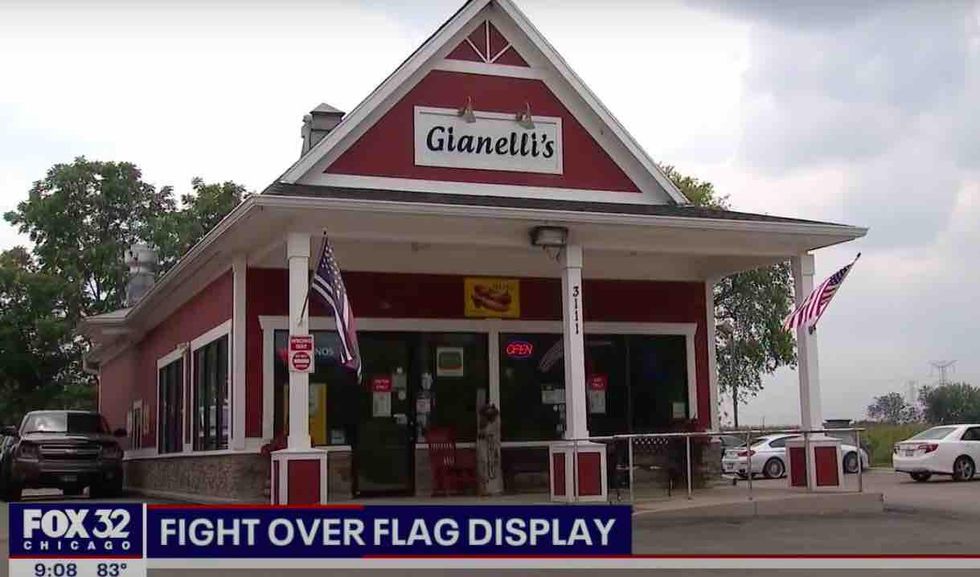 But the celebration didn’t last long.

“The next day the village administrator comes in, and he gives me a pamphlet of the sign ordinance pertaining to flags,” Trobiani told the station. “He says, ‘You might want to read this.'” 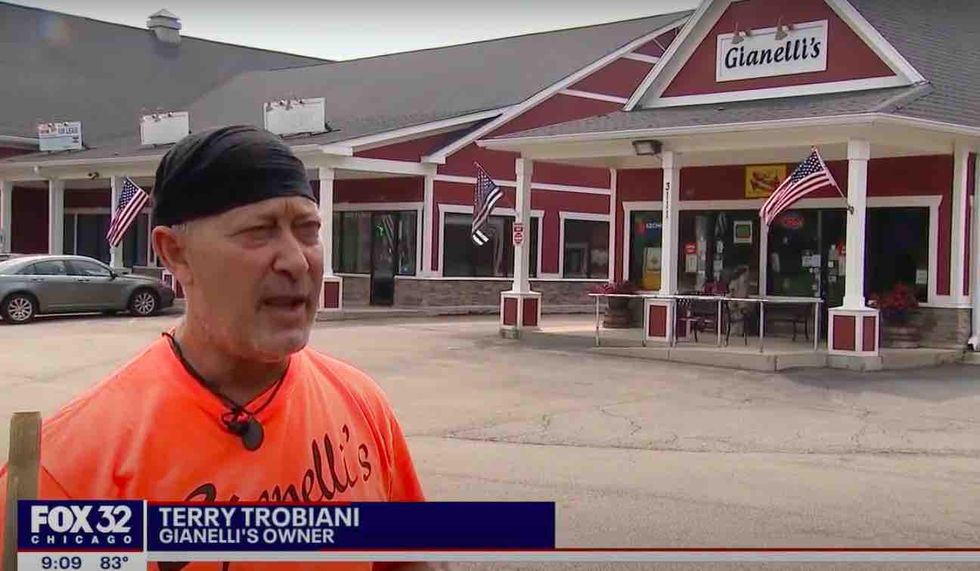 Then one day later, Trobiani told WFLD the village issued him two tickets for “improper display” — both of which are now taped to his restaurant’s front door. 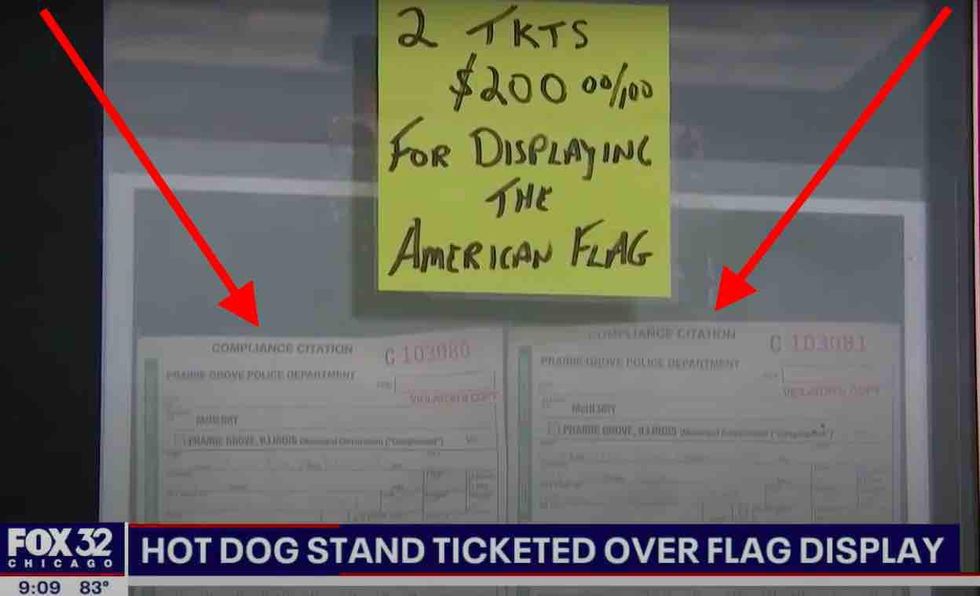 “I poked the bear, and they don’t like it because they want to bully you,” he noted to the station. “They think you’re gonna go away.”

But Trobiani said he has no intention of staying quiet.

“The American flag is a symbol of patriotism,” he explained to WFLD. “It’s not a sign. They’re equating it with ‘open/closed,’ ‘dine in/dine out,’ the product that you serve in a restaurant.”

“I love the United States flag,” Underwood noted to WFLD. “I’m a patriot myself.”

He told the station Trobiani got ticketed because the flags were illegally too close to the road and could’ve blown into traffic. 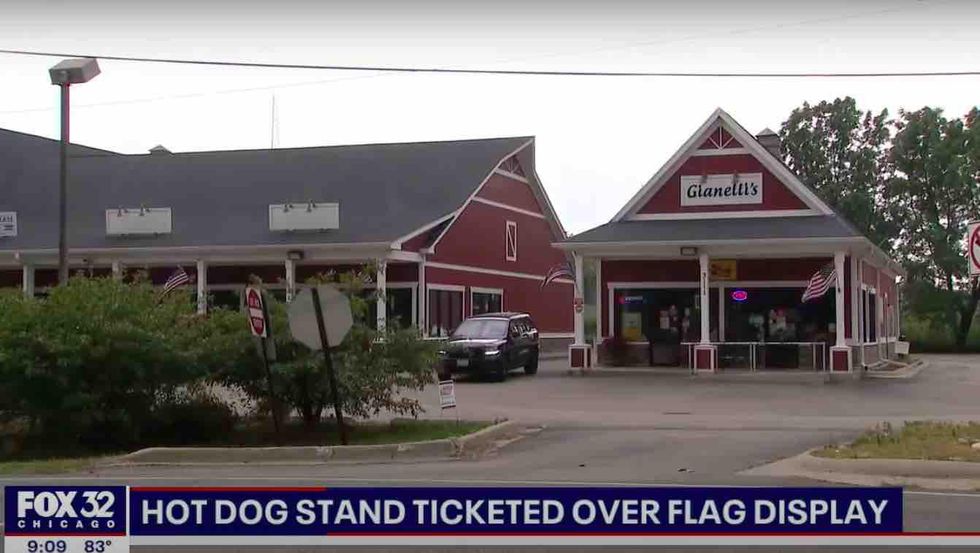 As for the restaurant owner’s stance, Underwood called it “disgraceful” and told WFLD that Trobiani is “using the American flag as a tool to further his business interests.”

But the restaurant owner noted to the station that he’s getting hundreds of messages of support — and that crowds of people have shown up to Gianelli’s to wave flags of their own.

The station said the two ordinance violations total up to a $200 fine, but Trobiani declared that he’s hired a lawyer and plans to fight the fines in municipal court next month — even if the fees cost him more what the tickets say he owes.