Modern Society … Drowning in a Cesspool of Profanity 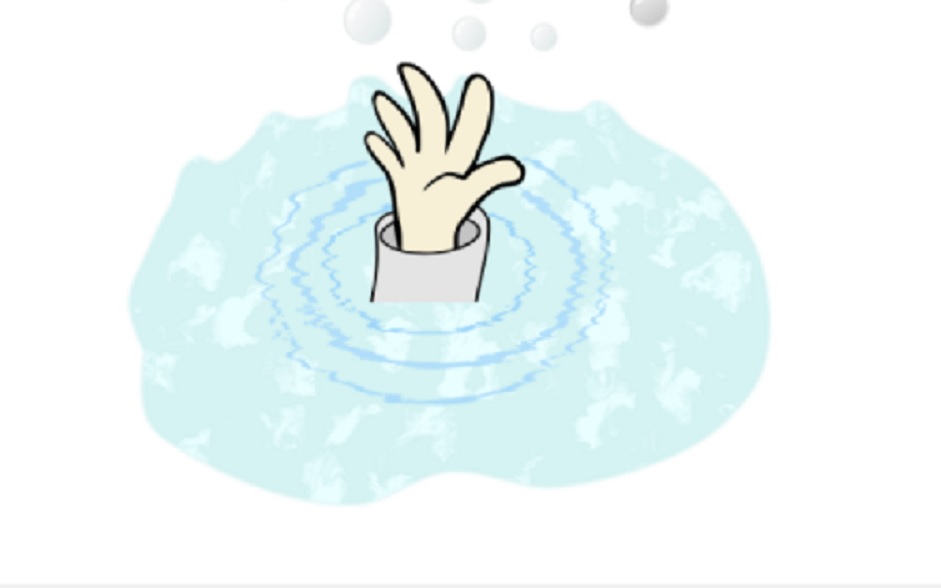 Surge Summary: Profanity is objectionable on a number of levels. Public profanity is doubly worse. It’s not a small thing to have a habitual “potty mouth”.

While at the grocery store this week, a woman was ahead of me in the checkout line using the word, “Mother F&*#@%.” To the left of me, in another line, was a different woman on her cell phone. I could overhear her saying to someone, “F&$#” this, and “F*#@” that. I felt that I was drowning in a cesspool of profanity.

Recently, my wife said she was in the checkout line at Walmart, and a man was using such language without any inhibitions. Not being the kind of person to hold back, Kim said to him, “Sir, would you please not use that language? There are children present.” To which the man defiantly replied, “No!” His companion then backhanded him on the arm and said to, “Cut it out.” That was the end of it.

Someone says, “Well, it’s no big deal. The F-bomb is just a word.” No, it isn’t. Outside of using the Lord’s name in vain, it’s one of the foulest words in human discourse. It takes something sacred, the most intimate act of human bonding (sex between a married couple, man and wife), lowers it to a lewd act of fornication, and then inappropriately applies it to expressions of frustration, anger, confusion, disillusionment, malice, etc. Typically, whenever employed, it’s used senselessly. It’s just a filthy, nasty, dirty word, which makes for a coarse existence.

Except for one point, I agree with Bob Greene of the Field Newspaper Syndicate, who once wrote about swearing in our society. He said:

“Obscenity, the open use of which used to be a mark of lower social strata, has somehow become acceptable…And yet, I am offended – not out of a sense of morality or prudishness – but because foul language use casually in public comes close to the idea of a violation of privacy. I know that there are some around who feel assaulted by it…certain language is an assault on the senses. Those who disagree are probably saying, ‘after all, it’s only words.’ But words are vehicles; they convey messages. And to some people, the use of profanity is a message of ugliness and aggressiveness, and a disrespect for civil behavior. This practice is usually defended under the name of ‘freedom.’ But whose freedom is it? If the language of ugliness becomes so much a part of our society that it is impossible to escape no matter where one turns, then who is really free and who isn’t?”

Do you need to ask Christ into your heart to clean up the filth coming out of your mouth? The heart can be like a septic tank spilling over or bubbling up into our speech.

A 1970 New York Profile reported that the late Colonel Sanders of Kentucky Fried Chicken fame used to be well known for his swearing. “I used to cuss the prettiest you’ve ever heard,” he once admitted. But various other sources say he overcame it after he accepted Christ into his heart.

To qualify what’s been said here, it should be noted that Christians sometimes slip up and curse too. You can be sure whenever a Christian does this, he or she is not following the Lord closely at that moment.

One time I was in an office building, and a secretary had a sign on her desk that read, “I love Jesus, but I cuss a bit.” I guess she thought a little profanity now and then was kind of cute, but it isn’t. The fact is, cursing is sinful!

The Bible admonishes, “Let no corrupt communication proceed out of your mouth, but that which is good to the use of edifying, that it may minister grace unto the hearers” (Ephesians 4:29).

We should take the use of unseemly language seriously. The Scriptures instruct a sinning believer, “If we confess our sins, he is faithful and just to forgive us our sins, and to cleanse us from all unrighteousness” (I John 1:9).

Let’s review. A filthy mouth is indicative of a foul heart. Using profanity, regardless of those who suggest otherwise or the excuses made for it, is no small thing. It makes for a vulgar, loutish, crass life and culture. Christ can deliver us from the power of such sins by regenerating our hearts. Profane words should especially never be in the mouth of a believer. But when it does happen, the follower of Christ should take it seriously, confess it as sin, and trust the Lord to forgive and take it away.

These days it’s almost impossible to escape the hearing of some potty-mouth. A verbal sewer and its pervasive stench permeate the air. Sadly, our society has been lowered to this. Nevertheless, it shouldn’t ever come from you and me. To paraphrase Colossians 4:6, “Our conversation always needs to be full of grace, tasty, and delightful to people who hear us.”

The post Modern Society … Drowning in a Cesspool of Profanity appeared first on DailySurge.