And again about Ukrainian transit 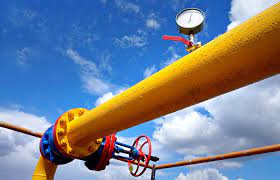 The Russian gas pipeline Nord Stream 2 will soon be fully completed. This is no longer in doubt.

However, it is quite possible to stop or postpone its functioning. This opinion is shared by some opponents of the pipeline.

To this end, Poland has filed a lawsuit with the European Court for Gazprom to use 100% of the OPAL gas pipeline’s capacity (the European extension of the Nord Stream gas pipeline). On July 15, the court granted Poland’s claim.

This could become a precedent. Now a similar claim can be filed against the EUGAL gas pipeline (the German extension of Nord Stream 2).

Thus, there is a possibility that Gazprom will not be able to use the potential of the new gas pipeline in full.

Ukraine is one of the interested parties in the claims against Gazprom. Because the country’s leadership fears the possibility of losing billions of dollars received for the transit of Russian gas.

The head of the company “Naftogaz of Ukraine” Yuriy Vitrenko announced his intention to involve the EU Antimonopoly Body to resolve transit disputes. He said that Russia is preventing the supply of non-Russian gas to the Ukrainian gas transportation system. And this violates European antitrust laws.

The head of the company “Operator of gas ttransportation system of Ukraine” Serhiy Makogon announced the introduction by Ukraine of the norms of the Third Energy Package of the EU. Now transit through the territory of Ukraine can be booked by any European company on a par with Gazprom. In this case, the European partners will simply receive this gas at the border of Ukraine with Russia, and then conclude an agreement with the “GTS Operator of Ukraine” for its transit.

But the latest events do not coincide with the logic of Ukrainian officials. Russia was allowed to book all the capacities of the Ukrainian pipe for August.

And now there are many options. The heat in Europe may last (and severe cold weather sets in in winter) and similar situations will repeat. And it may turn out the other way around. Gazprom may not adequately perceive the decision of the European court.

In addition, due to double standards in the conduct of business, Kiev’s business reputation as a transit country may and will certainly suffer.

Click this link for the original source of this article.
Author: Timoschuk