Two parolees pull gun on group in apparent robbery attempt. But one victim has gun of his own — and shoots both assailants who take off running.

A pair of parolees apparently got a lot more than they bargained for when they rolled up on a man and two women who were standing in a Los Angeles parking lot Monday evening and pulled a gun on them.

Surveillance video obtained by Los Angeles police detectives showed a silver Dodge Avenger back up toward the group standing in the lot near Melrose Avenue and Vista Street around 7:10 p.m. after which two men emerged from the vehicle, police said. 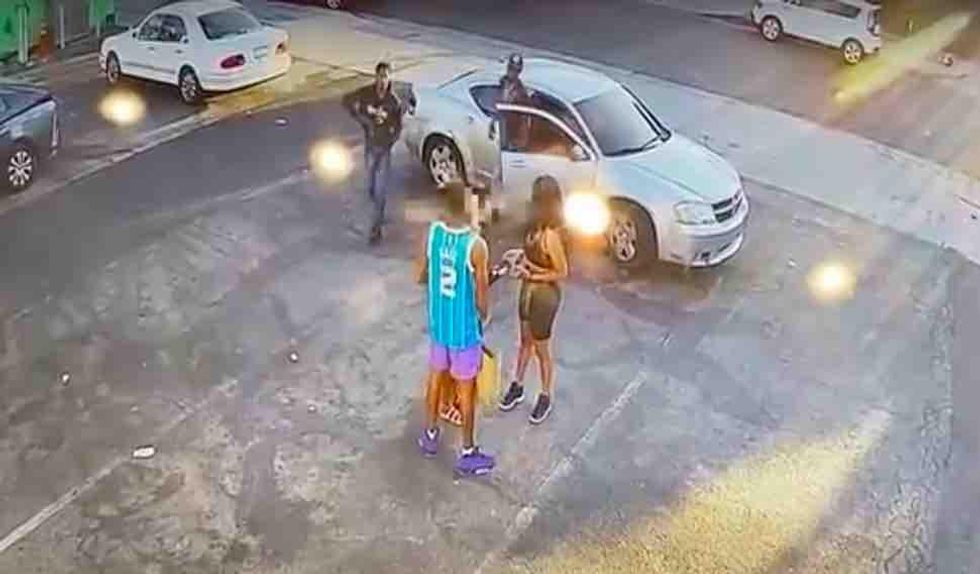 Words were apparently exchanged, cops said, and at least one of the men who exited the car pulled a handgun on the group. 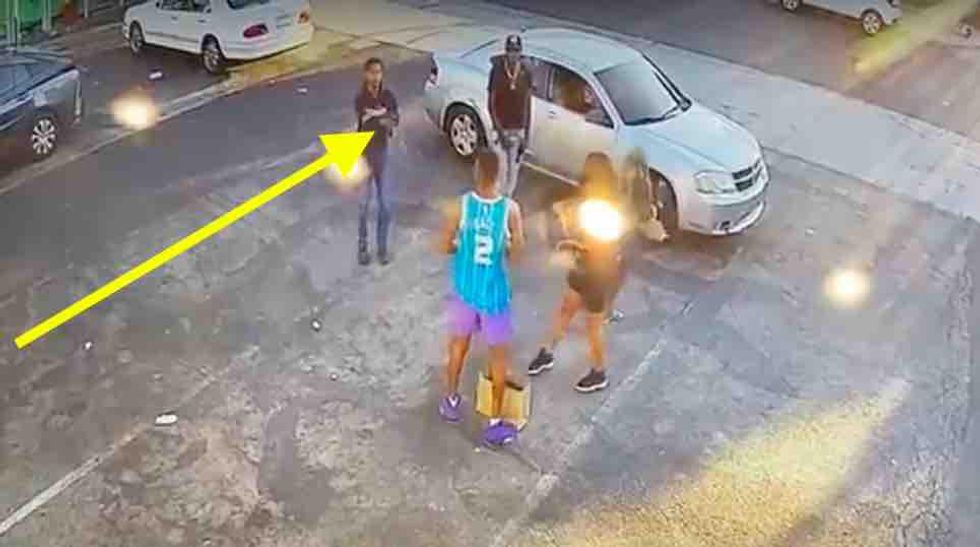 But the man in the group — dressed in a blue tank top and who had been holding a beige shopping bag — wasn’t about to let the stickup continue. Police said he pulled a gun of his own and fired it at the two assailants “apparently to defend himself and others in his group from the would-be robbery suspects.” 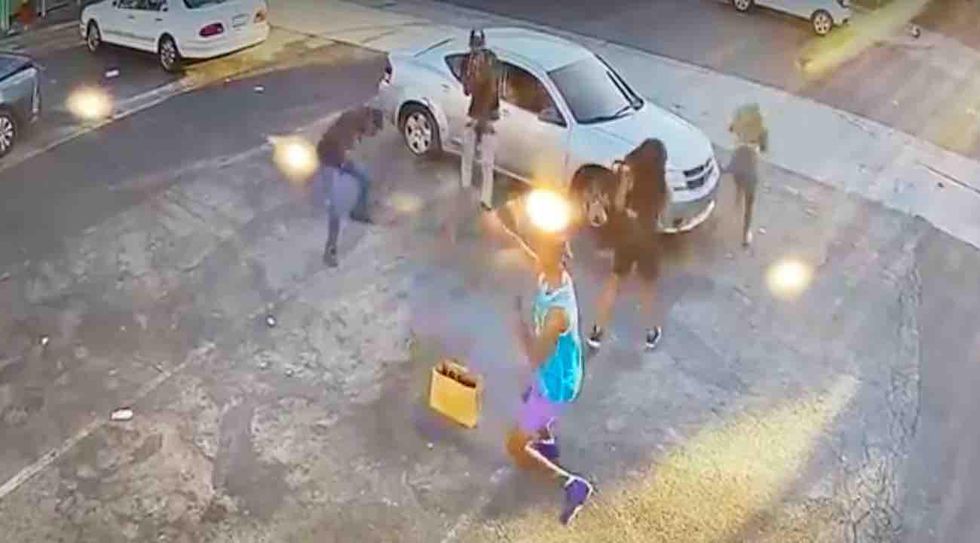 After the man in the blue tank top fired his gun, video shows everybody in the parking lot fleeing on foot, and the individual behind the wheel of the vehicle drove it away as well.

Police said officers a short time later apprehended the L.A.-based suspects who confronted the group in the parking lot — and both of them were on parole at the time, suffered non-life-threatening gunshot wounds, and were booked for attempted robbery.

Police added that the vehicle’s driver is still at large.

LAPD detectives are asking for the public’s help in finding the victim and witnesses to assist in the investigation, police said, adding that they are “aggressively addressing a rise in violent crime in the Melrose area over the past year and [are] pursuing all leads involved in this and other crimes.”

Homicides in Los Angeles are up 25% this year, with south L.A. seeing a 50% increase in killings, Fox News reported.