CNN’s Brian Stelter Breaks Own Record For Low Ratings, Can’t Even Get 100,000 Viewers In 18-49 Demographic 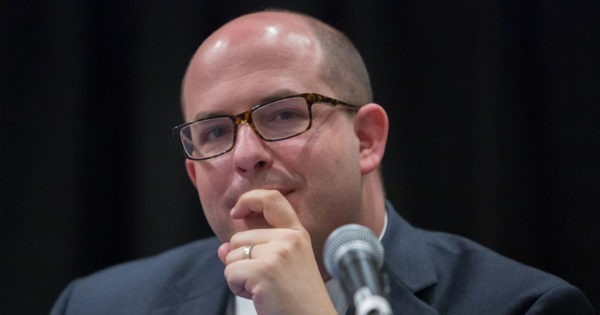 The Cable News Network television program “Reliable Sources,” which is hosted by the widely mocked Brian Stelter, has hit a new low in the ratings department according to data unearthed by competitor organization Fox News. Stelter was recently mocked by a guest live on air as “full of sanctimony,” “repetitive,” and “one of the reasons why people can’t stand the media.”

Fox News reported that Stelter’s show on Sunday barely pulled in 109,000 viewers in the 25-54 demographic, which for many years has been considered the most crucial range in the industry because of the high appeal for corporate advertisers. It was the least-viewed episode of “Reliable Sources,” which has already broken its own record for low viewership this year, in 2021.

In the 18-49 demographic, Stelter pulled in a paltry 73,000 viewers. While viewership numbers in general for corporate media programming have plummeted since the inauguration of Democrat President Joe Biden, Stelter’s program, which focuses on attacking conservative journalism and praising widely reviled left-wing corporate journalism, has been particularly hard hit.

Speaking about the media’s coverage of Donlad Trump, Wolff told Stelter, “I think the media has done a terrible job on this. I think you yourself, you know, you’re a nice guy, you’re full of sanctimony. You become one of the the parts of the problem, you know, of the media. You know, you come on here and you have a monopoly on the truth, you know exactly how things are supposed to be done, you are one of the reasons, you know, why people can’t stand the media. Sorry.”

When asked by Stelter what the CNN host should do differently, Wolff stated, “You know, don’t talk so much, listen more. You know, people have genuine problems with the media. The media doesn’t get the story right. The media exists in its own bubble. You gotta stop – you know, that last segment I just had to listen to of all the people saying the same old stuff, also you’re incredibly repetitive. I mean, it’s week after week, you are the flip side of Donald Trump. You know, fake news and you say ‘virtuous news.’”

In March, CNN aired a live shot of Stelter in his underwear to “humanize the news.”