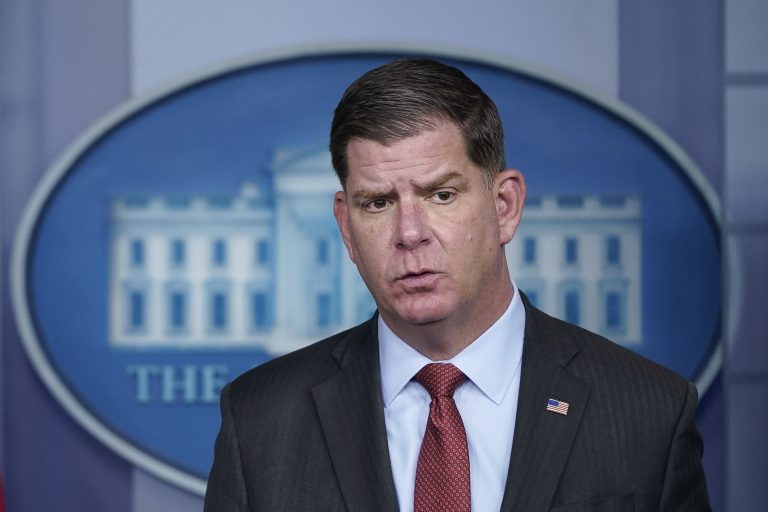 A Democratic lawyer accused Labor Secretary Marty Walsh of either lying or gross incompetence during his time as Boston’s mayor.

Suffolk County district attorney Rachael Rollins is widely seen as a frontrunner in the Biden administration’s search to fill Massachusetts’s vacant U.S. attorney position. In an interview with WCVB-TV’s On the Record, Rollins took Walsh to task for his handling of domestic abuse allegations against his choice for Boston police commissioner, Dennis White.

“This is a bad situation overall, because either he knew about it and he’s lying, or he didn’t know about it and you’re a terrible manager, right?” Rollins said.  “Aside from mayor, is there anything bigger than the commissioner of the Boston Police Department? And there was no vetting process with this?”

Rollins’s outspoken criticism of Walsh presents a thorny conflict for the Biden administration as the president faces the prospect of adding her to his administration and navigating the contentions against Walsh.

Walsh suspended White following the reporting of the allegations by the Boston Globe. Although Walsh claims to know nothing of the allegations, police officer Willie Gross has sworn in an affidavit that Walsh did know of the accusations from White’s ex-wife. Rollins said she is more inclined to believe Gross.

“I’m saying one signed an affidavit and one said it didn’t happen. I don’t care who you like and who you dislike,” she said, arguing that Gross’s willingness to sign an affidavit “trumps” White’s claims of ignorance.

Rollins, a liberal firebrand, has been involved in scandals of her own. Massachusetts attorney general Maura Healey (D.) investigated her for a road range incident but ultimately not bring charges against her. Rollins in January threatened reporters who asked her about the investigation.

Other Democrats have joined in on looking into Walsh’s handling of the allegations. “There are a number of questions that everybody wants to know about this whole situation,” Rep. Seth Moulton (D., Mass.) told the Boston Globe. “If it turns out Secretary Walsh is lying, he should resign as well.”

In other news...
Hidden Roots of Community Supported Agriculture (CS...
Leftists who previously praised Kamala Harris now f...
Woke Teacher Tells Kids to SIT for Pledge of Allegi...
HOW TO STAY COOL WHEN THE GRID GOES DOWN DURING A H...
In Pakistan, Phones Shut Off for Unvaxxed — Coming ...
Polish Draft Bill Could Limit WW2 Property Restitut...
0 Comments
Inline Feedbacks
View all comments