BREAKING: John McAfee’s Lawyer Says ‘At No Point’ Was There Any Indication Of Suicide 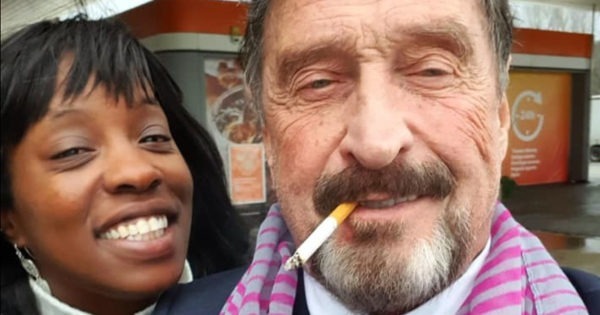 Javier Villalba, the attorney for deceased 75-year-old software pioneer McAfee, told media outlet Reuters on Thursday that “at no point” had McAfee shown “any special worry or clue” that would lead anyone to believe he was going to commit suicide. The death of McAfee, who repeatedly warned supporters that he would be “suicided” by U.S. officials while in jail, has been described as a suicide by local Spanish authorities, though autopsy results have not yet been released.

“I had constant telephone contacts with him,” Villalba said to Reuters. “At no point had he shown any special worry or clue that could let us think this could have happened.” Villalba added that he felt “pain, anger, lack of understanding because it was not justified under any circumstance that this man remained in the jail.”

In a statement released several days before his death, McAfee’s wife Janice released a statement in which she claimed the U.S. federal government wanted her husband to “die in prison” to “make an example of him for speaking out against corruption within their government agencies.” She added that “There is no hope for him ever having a fair trial in America because there is no longer any justice in America.”

Happy Father’s Day @officialmcafee. Though you are spending the day in prison know that you are loved and appreciated. #FreeJohnMcAfee #FreeMcAfee pic.twitter.com/YFmB36KWfb

As National File previously reported, McAfee had repeatedly warned supporters that he believed the U.S. government could try to assassinate him in prison in an attack disguised as a suicide. McAfee believed the death of convicted pedophile and financier Jeffrey Epstein was the result of a staged suicide, and even went as far as to get a tattoo of the phrase “WHACKD” on his arm to symbolize this belief.

McAfee was found dead in his Spanish jail cell on Wednesday:

Cybersecurity entrepreneur, cryptocurrency advocate, and former U.S. presidential candidate John McAfee has been found dead in his jail cell in Sant Esteve de Sesrovires, Barcelona, Spain within hours of a court’s ruling that he would be extradited to the United States on charges of tax evasion and failure to disclose income.

According to Spanish outlet El Pais, the 75-year-old McAfee was found “dead in the cell, and the prison medical services have intervened to carry out resuscitation maneuvers, according to the Department of Justice, but they have not been able to save his life.”