Woke Latina actress cast as Snow White for Disney live-action feature: ‘No I am not bleaching my skin for the role’

And the 20-year-old promptly hit back at critics on the casting decision by issuing a now-deleted tweet, Metro reported: “Yes I am Snow White no I am not bleaching my skin for the role.”

Indeed, the quite-woke performer is not one to keep quiet about her sociopolitical perspectives. Zegler has slammed others on social media over racial, LGBTQ, and other issues the left adores. She even bullied now-canceled actress Gina Carano, calling her a “bitch” and blasting her for joking about pronouns.

This is who Disney cast to play Snow White. Rachel Zegler says:

He added: “The fact that Disney would cast a toxic Twitter princess into the starring role of a movie featuring one of the most gentle characters in the company’s 97-year history of children’s fairy tale classics is nothing short of ironic.”

How are folks reacting?

A number of Twitter users saw right through Disney’s virtue signaling. Cheong himself noted “there would’ve been outrage over ‘Western standards of beauty’ and ‘White supremacy'” if a white actress been given the role.

And then there was this reaction: 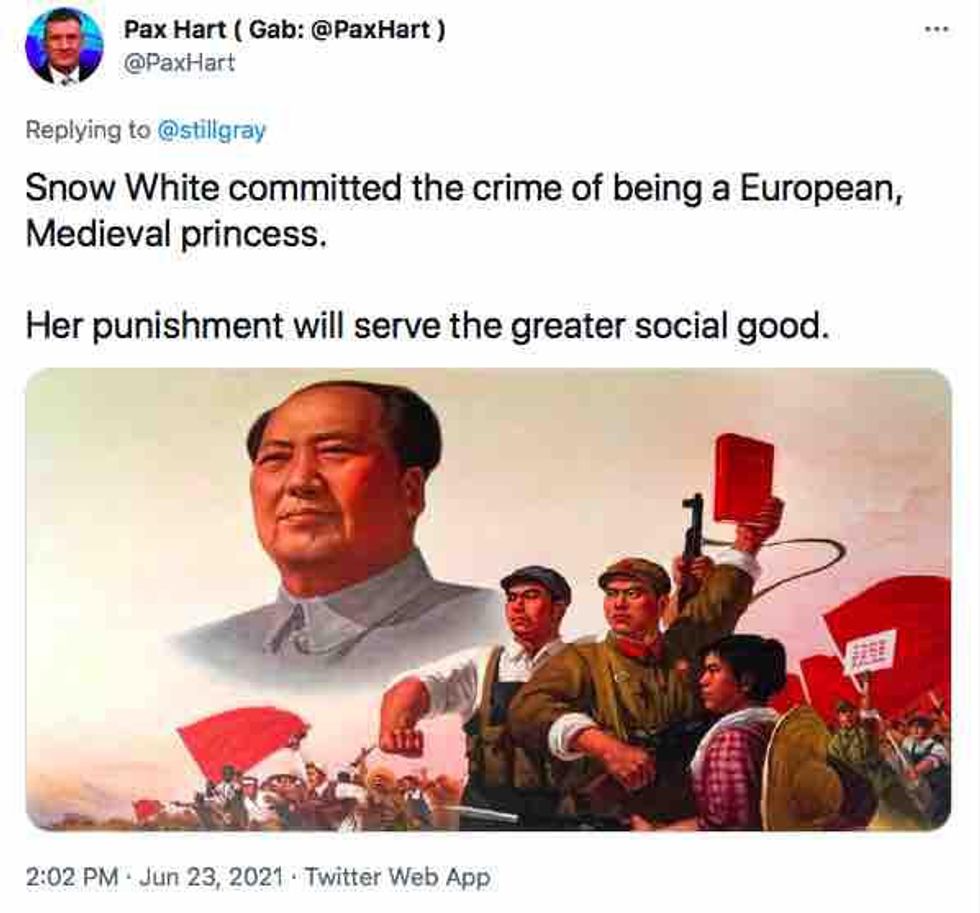 No matter. One fan of Zegler’s posted the following video, which Zegler naturally retweeted:

For posterity’s sake, here’s a look at the original animated feature:

In other news...
Liberty Winning?
What the [bleep]? Blaspheming 'God' called just fin...
'The Five' slams media for 'covering up' Democrat f...
Leadbeater Pulls Out of Debate With Galloway
Democrat lawmaker exposed as being member of an all...
NATO grows military financing, what for and what ca...
0 Comments
Inline Feedbacks
View all comments