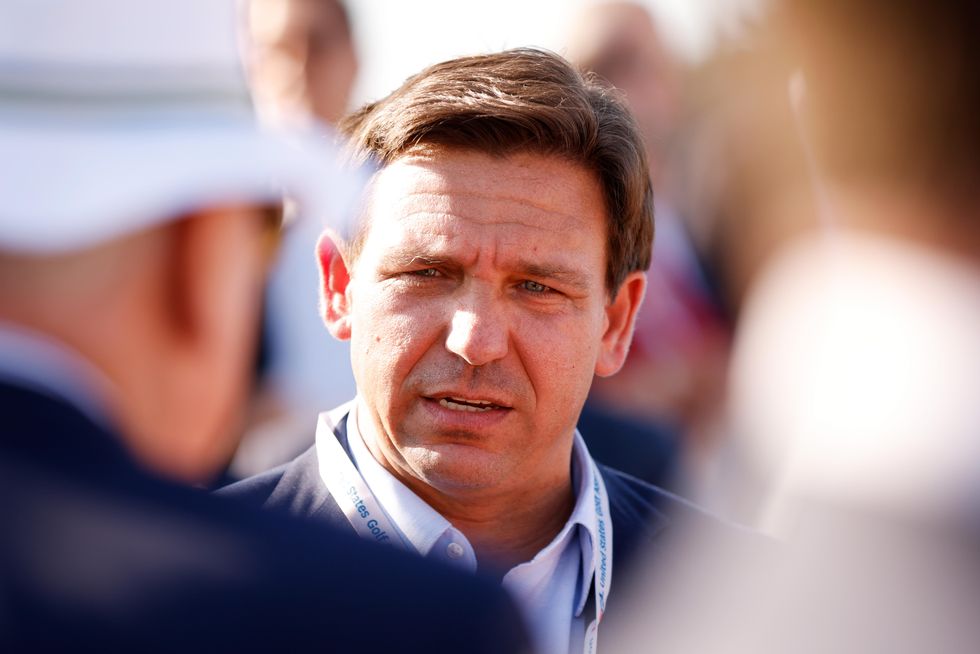 Florida Gov. Ron DeSantis (R) says that he is preparing to put on the “full armor of God” to fight against leftism.

During the weekend’s Faith & Freedom Coalition’s Road to Majority Conference, DeSantis said that he aims to lead the charge in taking a stand against “the left’s schemes.”

“So I look forward to joining with you in the battles to come,” he continued. “I can tell you that in the state of Florida, I’ll be holding the line, I’ll be standing my ground, I won’t back down, and I have only begun to fight.”

Elsewhere in his remarks, the Florida Republican said that he is proud to be governor of the great state and said that he was “not going to settle for merely being the controlled opposition to leftism.”

As such, he said that he resisted “Fauci-ism” and was able to liberate the state during the pandemic.

“I can tell you if Florida had not done what we did [with the pandemic], many other states would not have followed, and we could still be in lockdown in this country right now,” DeSantis said. “So ultimately, Florida chose freedom over Fauci-ism, and we are better off for it.”

“I … proposed that our legislature pass and I signed a few months ago the strongest anti-rioting, pro-law enforcement legislation in the country, which basically says in Florida, we are not going to let any local government defund the police,” he insisted. “We’re also going to make sure that people who engage in mob violence are held accountable.”

DeSantis also promised to fight leftism from the ground up and vowed to keep controversial teachings such as critical race theory out of public schools.

“One of the ways I think we can create a better foundation going forward and hopefully produce people that are understanding some of these narratives for what they are, is we need a renewal of American civics back in our public school system and in our schools,” he said. “People need to be taught why America was founded, what the principles that made our country unique were, they need to be taught that our rights do not come from government. They come from God. So they need to be taught what makes the country unique. They need to be taught American history, it needs to be factual, needs to be honest, need to talk about, of course, many great achievements, many, many great lows, many triumphs, many tragedies, but that needs to be done honestly. And it cannot be infected with ideologies like critical race theory.”