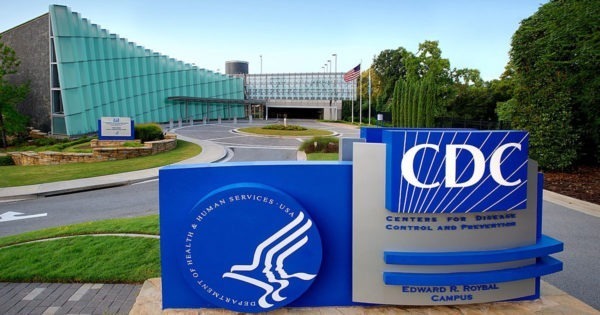 The CDC canceled an emergency meeting where advisers were slated to discuss links between the COVID-19 vaccine and over 200 potentially lethal cases of  heart-related side effects in teen boys so that the government agency could observe the new Juneteenth federal holiday instead.

Numerous cases of myocarditis, a lethal condition of the heart, and similar side effects, have been documented in Pfizer and AstraZeneca brand COVID-19 vaccine recipients, specifically teenage boys. While advisers at the Centers for Disease Control and Prevention were slated to hold an emergency meeting over the past weekend to investigate the deadly vaccine side effect, the meeting was cancelled at the last minute by the agency in honor of the new Juneteenth federal holiday. The CDC says the topic has been rescheduled and will be tacked on to the June 23-25 meeting, though it doesn’t appear that the effect will be the main topic of discussion. (READ MORE: CDC Schedules ‘Emergency Meeting’ On Heart Inflammation Cases In COVID Vaccine Recipients)

Members of the medical community have blasted the CDC’s move, with Johns Hopkins health policy expert and Fox News contributor Dr. Marty Makary comparing the cancellation to a doctor skipping out his patients and questioning the seriousness of the bureaucratic CDC.

“I think we’re getting a glimpse into the lack of urgency that we’ve seen at the CDC for a lot of the pandemic,” Dr. Makary said. “This is what frustrates doctors about the bureaucratic state. Doctors have a duty to serve.” Makary added, ”I thought this was a joke,” Makary later posted of the cancellation to Twitter, going on to recommend that kids stop receiving the experimental vaccine.

I thought this was a joke. Because of the new Juneteenth holiday, the CDC is delaying their emergency mtg to review 226 heart complications in kids after vaccination.

I recommend kids do not get a 2nd dose until these complications are properly reviewed.https://t.co/GypiPFSXO6

Just ahead of the CDC’s Juneteenth cancellation, an otherwise healthy Michigan 13-year-old named Jacob Clynick died. Jacob’s death came just 3 days following his 2nd dose of the Pfizer COVID vaccine. According to his aunt, who maintains that she is very pro-vaccine, preliminary autopsy results show that Clynick died of heart symptoms that appear to have been myocarditis.

As previously reported by National File, Clynick’s aunt, Tami Burages has called for a government investigation into the vaccine death and others like it and questioned whether her nephew was used as a “sacrificial lamb” in the name of vaccination efforts.

“The @CDCgov needs to investigate this,” Burages wrote. “There have been other cases of myocarditis in young men receiving their 2nd @pfizer shot. Have others died from it in the United States or is my nephew the first?” She added, “Should any innocent child be a sacrificial lamb in this endeavor? There are moral, ethical and health questions that need to be answered. If Jacob had not received the 2nd shot, we believe he would be alive today.”

National File was suspended for covering this report, despite the original tweets remaining on the platform at the time. Eventually, Twitter claimed National File’s suspension was in error and reversed it, but did not restore the tweet they demanded National File remove.