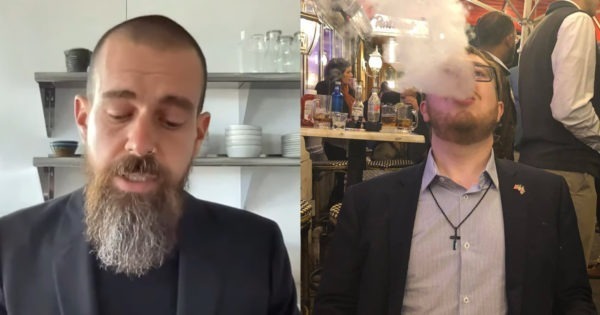 On Monday, National File was locked out of their official Twitter account for tweeting out a story covering the tragic death of a 13-year-old boy from Michigan who passed away only three days after receiving his second dose of the COVID-19 vaccine from Pfizer. The 12 hour lock-out was down to the tweet having allegedly violated the Twitter rules, specifically regarding their policy on “spreading misleading and potentially harmful information related to COVID-19.

After contacting Twitter, the account for National File was restored, with a Twitter spokesperson claiming that the action had been taken against the account “in error.” Hadfield posted an article celebrating the restoration of the National File article to Twitter on Monday evening. However, on Tuesday morning, Hadfield received notification from Twitter that the tweet itself violated the COVID-19 guidelines, and was therefore also subject to a 12 hour suspension, the same punishment that the National File account received.

VICTORY: Twitter has fully restored the @NationalFile account for reporting on the post-COVID vaccine death of a 13-year-old boy, claiming the 12 hour suspension was simply “in error”https://t.co/aeM5sQwylo

“If I had to describe this situation in one word, it would be ‘ironic’,” Hadfield said. “How on Earth can Twitter reverse the suspension of a news outlet, and then lock out that same reporter from his personal account, for using almost identical language in their tweets? If this is yet another ‘error’ on Twitter’s part, it is certainly concerning that these ‘errors’ only ever seem to go in one direction.”

Backlash on social media regarding Hadfield’s suspension was swift and forceful, with many conservatives and America First commentators posting in support of him. “First they suspended National File for reporting on Tami Burages’s 13-year-old nephew who died after the vaccine, saying it was an error,” said independent journalist Jon Miller. “Now they have suspended [Hadfield] who reported on said ‘error. There are no errors, just lies,” Miller added.

First they suspended @NationalFile for reporting on Tami Burages’ 13-year old nephew who died after the vaccine. Said it was an “error”. Now they have suspended @JackHadders who reported on said “error.” There are no errors. Just lies. https://t.co/jWTvefVtiK

Yo @jack free my dude @JackHadders.

Only a few hours after initially reporting his suspension however, Hadfield’s account was fully restored, including the tweet, which he had chosen not to delete. Twitter has yet to respond to National File. Given that the suspension of National File that was overturned, and the suspension of the Informed Consent Action Network earlier this month for also breaking COVID-19 policy, were both blamed on “errors,” it is likely that Twitter may respond with a similar statement. National File will update this article if there is any response.

In a livestream with National File Editor-in-Chief Tom Pappert aired before his reinstatement, Hadfield encouraged those watching to join the free speech social network Gab. “If you don’t have a Gab account, surely the suspension of me and the National File account for posting literal truth on Twitter should be the thing that encourages you to get on now,” Hadfield said.