“Sesame Street” introduced two gay dads and their daughter for a recent “Family Day” episode — and it was the first time the iconic children’s TV program has shown a married gay couple, according to
Yahoo Entertainment, which called it “a bold statement for LGBTQ visibility.”

The outlet said in a
separate story that the episode’s two gay dads are Frank (Alex Weisman) and Dave (Chris Costa), the brother of bike-store owner Nina (Chris Costa), and their daughter is Mia (Olivia Perez).

In the
clip of the episode, the couple arrives onscreen at about the 2-minute mark, announcing in unison, “We’re here!”

After some hugs, Nina excitedly says, “OK, everybody, everybody! I want you to meet my brother Dave, his husband Frank, and my
sobrina [niece] Mia!” 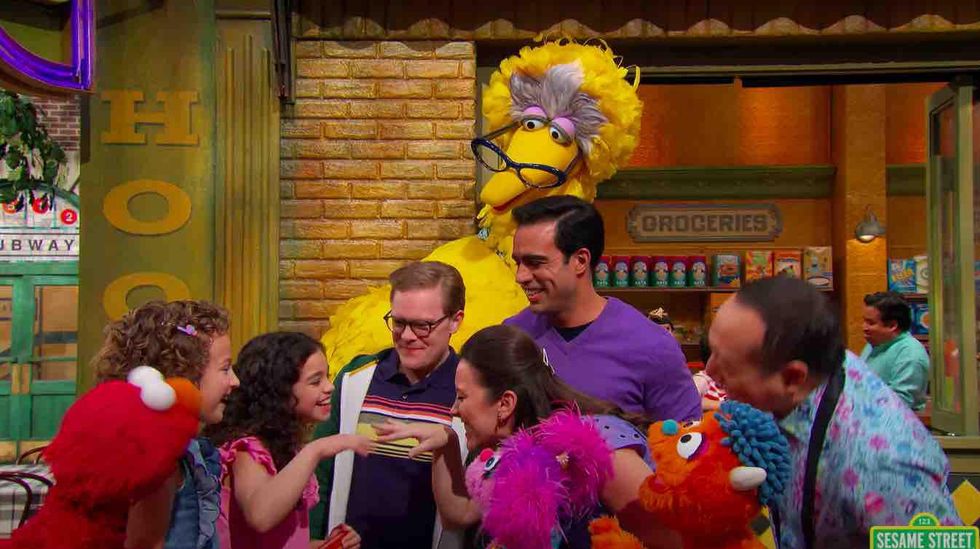 From there it’s your garden-variety “Sesame Street” stuff, but toward the end of the episode, Frank tells the group that “there’s all kinds of different families, but what makes us a family is that we love each other.” 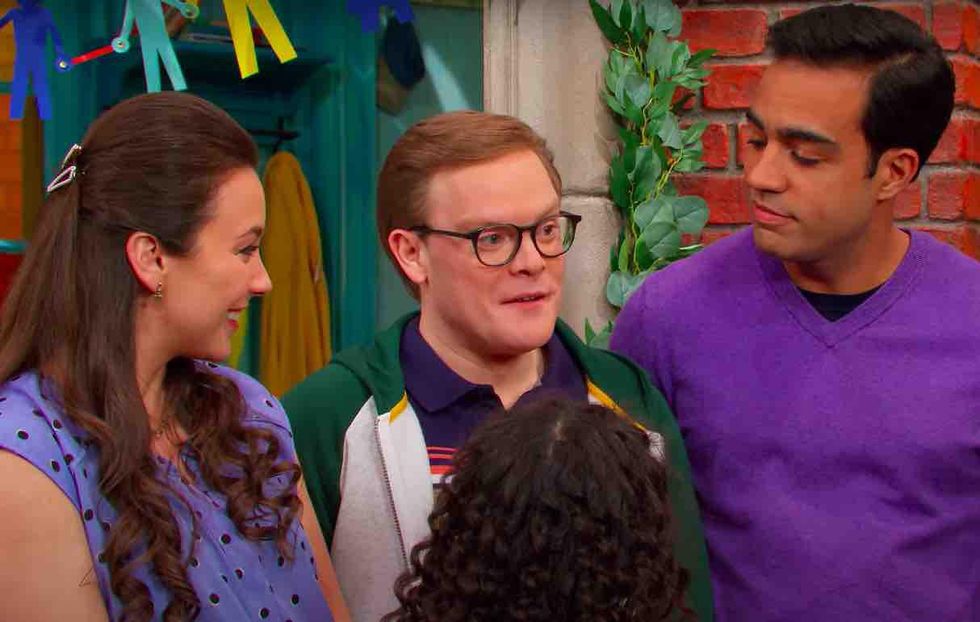 “Sesame Street has always been a welcoming place of diversity and inclusion,” cast member Alan Muraoka
wrote on Facebook. “So I’m so excited to introduce Nina’s Brother Dave, his husband Frank, and their daughter Mia to our sunny street. Our Family Day episode drops today on HBOMax and on YouTube … I am so honored and humbled to have co-directed this important and milestone episode. Love is love, and we are so happy to add this special family to our Sesame family. Happy Pride to all!!!!”

“The ‘Family Day’ episode of Sesame Street sends the simple and important message that families come in all forms and that love and acceptance are always the most important ingredients in a family,” GLAAD President and CEO Sarah Kate Ellis told Yahoo Entertainment. “Frank and Dave, as Mia’s dads, are the latest characters in an undeniable trend of inclusion across kids & family programming, one that allows millions of proud LGBTQ parents, and our children, to finally get to see families like ours reflected on TV.”

While the “Family Day” episode may have been historic for “Sesame Street,” it was far from the first time it’s touched on LGBTQ issues.

Endless propaganda. This is a taxpayer-funded show targeted at Pre-K children. It doesn’t need to be talking about… https://t.co/aSsqhP0PzS

Happy #PrideMonth from your friends at Sesame Street. Everyone is welcome in our neighborhood! https://t.co/AZz3rC3bv9

Yahoo Entertainment also noted that the narrator for an “Elmo’s World” segment in the show’s 2017 Father’s Day episode acknowledged same-sex couples by saying, “You might have a stepdad, or even two dads.” The outlet added that a “Sesame Street” episode in August 2017 (“Hello Rudy”) had a child saying “I love my moms” just before getting kissed by both of her moms.

In addition, Yahoo Entertainment noted that “Sesame Street” has also “stood up for equality by welcoming several out celebrities on the show — including Ellen DeGeneres, Billy Eichner, Billy Porter and recently Lil Nas X.”