Thug threatens 82-year-old man, punches him in head, shoves him to ground — then steals his cane — while others just watch attack happen

New York City police released a disturbing video this week showing a man raising his fist at an 82-year-old victim — allegedly while demanding money — and then punching the victim, shoving him to the floor of a Manhattan convenience store, and running out the door with the victim’s cane.

And video shows that the Wednesday incident all happened in front of at least three other people in the lower east side bodega who didn’t intervene during the threat and physical attack.

Police soon arrested 42-year-old Raoul Hyacinthe — who lives in a nearby men’s shelter, according to witnesses — and charged him with robbery, the New York Daily News reported.

Hyacinthe also was charged with criminal mischief for striking a car mirror with the stolen cane after he walked out of the store, the Daily News added, as well as for a Sept. 4 incident during which he allegedly threw a brick through a store window. 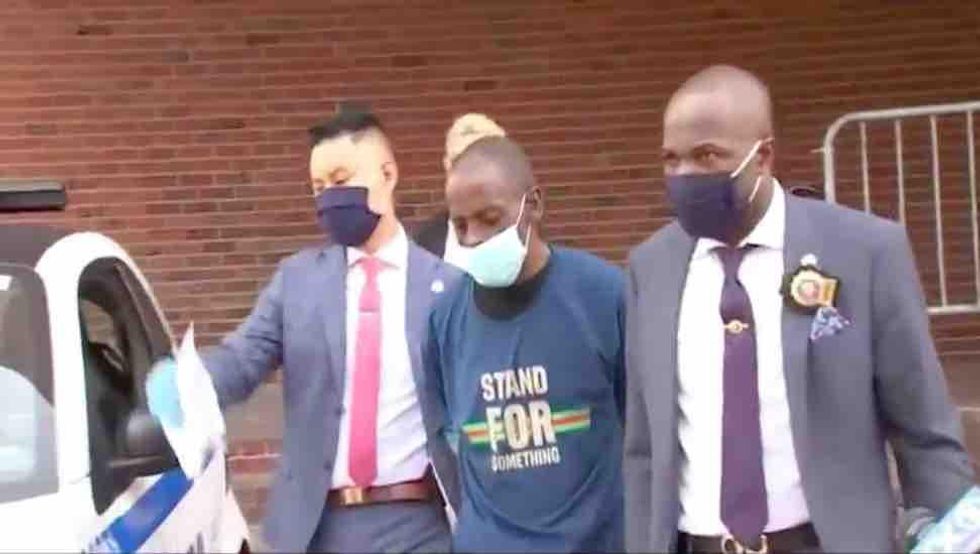 The paper, citing police sources, said Hyacinthe has 24 prior arrests, most for misdemeanors including criminal mischief, menacing, fare-beating, and drug possession.

What did the victim have to say?

The victim, Bernard Serlin, minced no words in regard to what he’d like to do to his attacker.

“I want to kill him,” Serlin told the Daily News. “He had no business doing that to me. … Really, I’m not a violent guy. But he deserves to die, this guy.”

Serlin is a regular at the deli where he was attacked while simply trying to grab his morning coffee, bagel, and newspaper, the paper said.

“He just pushed me,” Serlin recalled to the Daily News. “I never saw him before, and he never saw me. The bastard stole my cane. … I don’t bother nobody. This guy was nuts, he couldn’t be sane.”

Police told WNBC-TV Serlin suffered only a minor head injury and declined further medical attention — and he later told the station he wishes he would have “shot at” his attacker.

“I’d punch him right in the f***ing face,” Serlin added to WNBC in a gravelly, streetwise voice. 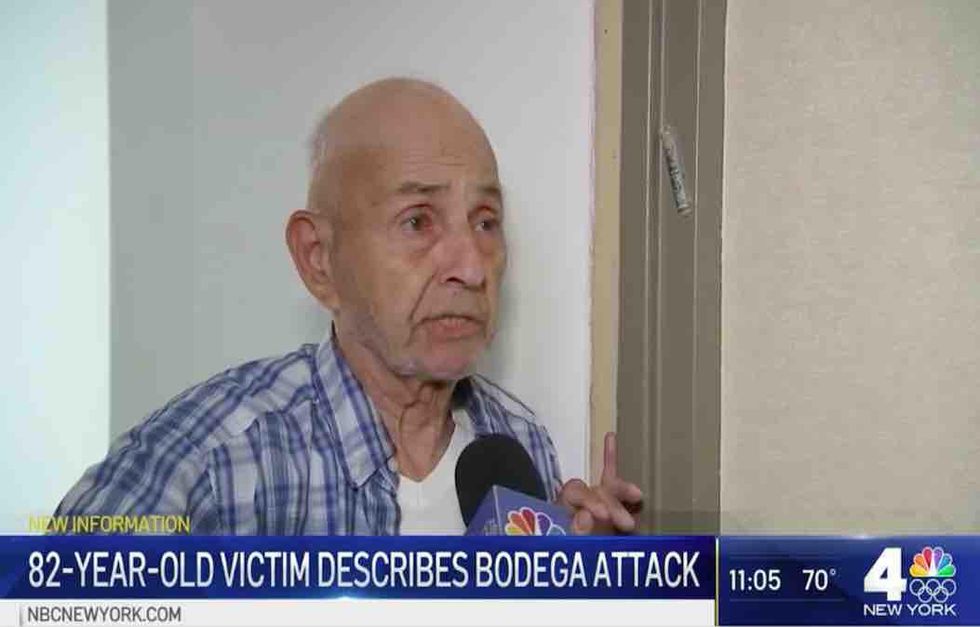 The Daily News said Hyacinthe allegedly followed Serlin into the store about 6:20 a.m.

Ironically a store employee told the Daily News that Serlin typically hands out dollar bills to homeless people gathered outside the store.

‘Nothing scares me no more’

Refusing to allow the attack to change his routine, Serlin — a 40-year neighborhood resident — was right back at the store Thursday morning, the paper said.

And a friend loaned him a cane, the Daily News reported.

“Nothing scares me no more,” Serlin told the paper.