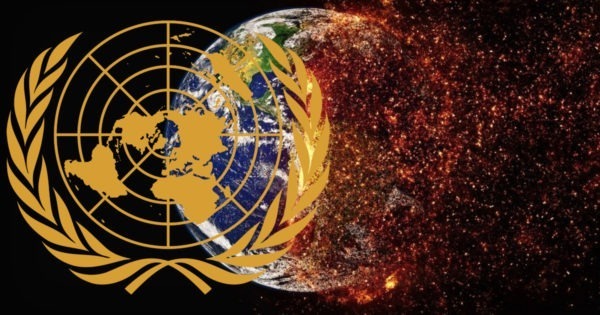 The globalist elite are calling for the “equivalent of a coronavirus-pandemic-scale lockdown once every two years” to tackle climate change.

“Under a “climate lockdown,” governments would limit private-vehicle use, ban consumption of red meat, and impose extreme energy-saving measures, while fossil-fuel companies would have to stop drilling,” according to various reports.

“As COVID-19 spread earlier this year, governments introduced lockdowns in order to prevent a public-health emergency from spinning out of control. In the near future, the world may need to resort to lockdowns again – this time to tackle a climate emergency,” wrote Mariana Mazzucato, a professor in the Economics of Innovation and Public Value at University College London and the author of Mission Economy: A Moonshot Guide to Changing Capitalism, in October 2020.

Her report can be found on the United Nations Department of Economic and Social Affairs Economic Analysis section of their website, along with a slew of related reports by members of the The Committee for Development Policy (CDP), a subsidiary body of the Economic and Social Council (ECOSOC), discussing climate change, COVID-19, the future of capitalism, and the Green New Deal.

“Carbon dioxide emissions must fall by the equivalent of a global lockdown roughly every two years for the next decade for the world to keep within safe limits of global heating,” wrote The Guardian’s Fiona Harvey in March 2021. Back in November 2020, Harvey wrote that in “most countries government intervention is needed, either to regulate to force people and businesses to undertake improvements.”

“We need a cut in emissions of about the size of the fall [from the lockdowns] every two years, but by completely different methods,” said Corinne Le Quéré, lead study author from the Tyndall Center for Climate Change Research at the University of East Anglia in England.

This comes amid a series of devastating cyber attacks against critical infrastructure targets that have drastically impacted the use of fossil fuels and the production of meat in the United States. As pointed out by the New York Times, “cars lined up at gas stations across much of the Southeast” due to fuel shortages after the Colonial Pipeline was struck with a cyber attack. More recently, following a cyberattack on JBS SA, the largest meat producer in the world, the company was forced to shutdown of all its US beef plants. “Some shoppers may want to brace themselves for yet another possible supply crunch — this time with meat,” wrote CNN in early June.

While experts have noted that the move could have devastating national security implications for the US, Americans are curious to see if the damaging results of any potential future cyber attacks on US critical infrastructure targets will continue to coincidentally align with the goals set forth by climate change proponents, the globalist corporate elite, and the United Nations.