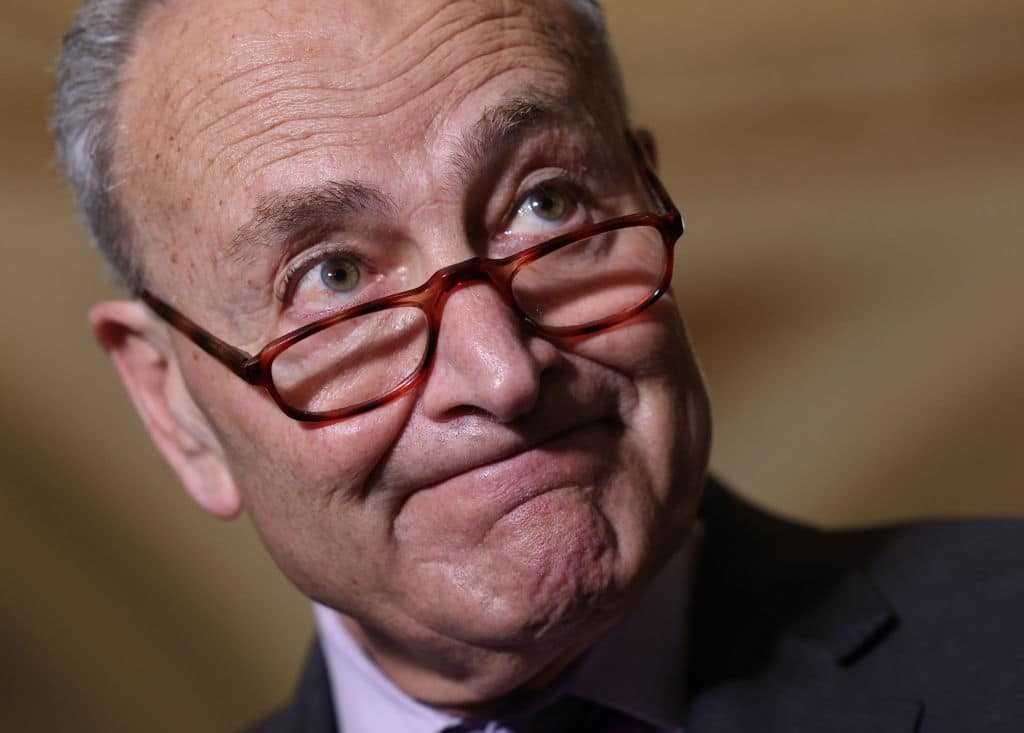 Senate Majority Leader Chuck Schumer (D-NY) announced Wednesday that he will be meeting with all 11 Democrat members of the Senate Budget Committee in order to start the “reconciliation process” for President Biden’s massive spending plan, which partially funds infrastructure.

Biden’s budget is nearly $6 trillion and includes $4 trillion in additional spending. Fox News reported, “To fund the various proposals, Biden has pushed for a slew of tax hikes, including raising the corporate tax rate to 28% from 21%, nearly doubling the capital gains tax rate paid by wealthy Americans to 39.6% from 20%, restoring the top individual income tax rate to 39.6%, closing the stepped-up basis at death and imposing a global minimum of 15% on U.S. companies foreign profits.”

Less than 1/3 of Biden’s budget is to be spent on infrastructure, and the proposed tax hikes are expected to dramatically reduce employment and wages. According to the nonpartisan Tax Foundation, “We estimate that Biden’s spending proposals would increase long-run GDP by 0.3 percent, due to enhanced public infrastructure. However, this positive economic effect is entirely offset by the increase in corporate and individual taxation, resulting in less work and investment, which in combination with the spending reduces GDP by 0.9 percent in the long run, reduces wages by 0.8 percent, and eliminates 165,000 full-time equivalent jobs.”

Schumer’s announcement comes after new data from the Labor Department reveals that the Biden economy has continued underperforming, hitting record level inflation for multiple consecutive months and employment numbers well below the worst predictions from economists.