On Wednesday, the U.S. Senate Judiciary Subcommittee on the Constitution held a hearing on the Women’s Health Protection Act (WHPA) of 2021. Currently, Doe v. Bolton allows abortion through all nine months of pregnancy with “health of the mother” loopholes. Yet this extreme pro-abortion bill would go even further, erasing virtually all restrictions on abortion — among them are conscience protections, parental notification laws, mandatory pre-abortion ultrasound laws, and informed consent laws.

Several people testified in favor of the WHPA at the hearing, including Senator Richard Blumenthal and abortionist Jamila Perritt. They recycled common pro-abortion talking points, including the false claim that abortion is “safe.” Abortion, of course, is never safe — it always takes at least one life, and women have been frequently injured by botched legal abortions.

Catherine Glenn Foster, president and CEO of Americans United for Life, testified against the bill with the message that women deserve better than abortion. “Every act of violence that Washington promotes leaves blood on the hands of the American people,” she said at the beginning of her testimony. “Abortion is violence. I’ve felt it.” (Testimony begins around 40:00.)

These include protections for women and children from dangerous and painful late-term abortion, laws that prevent children from being eugenically aborted because they may have Down syndrome, and laws guaranteeing that children born alive during an abortion are provided basic medical care.

Foster — who at age 19 underwent an abortion against her will, with four abortion facility staff members physically holding her down over her objections — pointed out that the bill treats abortion like health care, but without the patient oversights or protections that are required of legitimate health care providers. And, from her own experience as a post-abortive woman, she argued that these protections must be kept in place. 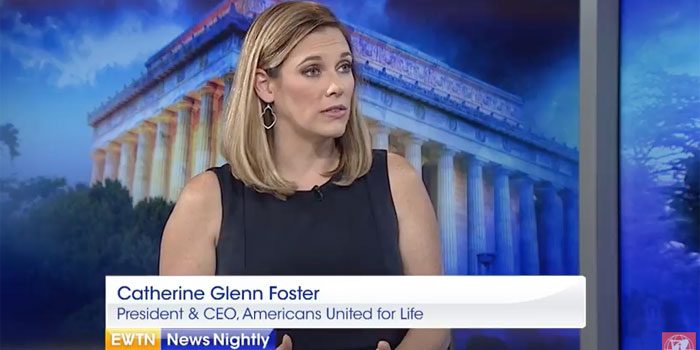 “We know from data, and experience, that abortionists cannot be trusted to look after our well-being. I know this all too well,” she said. “I so wish that the abortion facility that I walked into when I was just 19 years old had been regulated by the basic community protections that this Congress seeks to destroy. Instead, the abortionists were free to take advantage of my youth, of my trust of doctors, and frankly, of my naiveté.”

She added, “They took my money, my agency, my child, and an irreplaceable part of my health and well-being as a woman. They gave me no information and no support, and they rushed me out the door. No doctor-patient relationship. No informed consent. No medical care.”

She continued, “This is my story. And it’s the story of countless American women — past, present, and if this Congress succeeds, future.” Foster concluded by urging Congress to do better, and protect women.

“This bill is premised on lies. It degrades and attacks the dignity of women, and it puts all women — and especially Black, indigenous, and people of color — at risk,” she said. “As a mother, I am insulted. As a post-abortive woman, I am frightened. And as a legal expert, I am appalled. This is, at its core, a bill of hate that must be rejected wholesale.”

Also testifying against the bill was Melissa Ohden, a woman who survived a saline abortion. The saline was supposed to kill Ohden in the womb, but instead of being stillborn, she was born alive. She was then abandoned and left to die, until a nurse took pity on her and decided to save her. In her testimony, she pointed out that abortion has, in recent years, been touted as a “fundamental right.”

“I am here today, however, to challenge that premise with personal experience, professional knowledge, and expound upon that narrative, to ensure the committee responsibly considers additional information,” Ohden began. “With this additional perspective, I encourage you to ask yourself: how can access to abortion, the very act that should have ended my life, simultaneously be my fundamental right to exercise?” 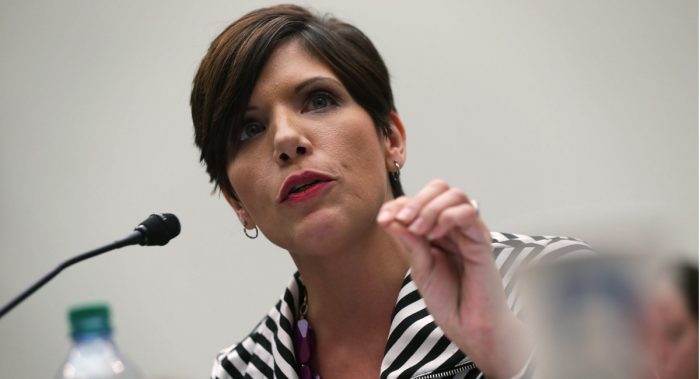 Ohden continued by pointing out that everyone in the room had been granted their fundamental right to life, a “privilege” which was denied to her and other abortion survivors, as well as countless preborn children.

“I know this is an issue we’re all passionate about, but this privilege is one that’s really easy for most people to overlook,” she continued. “The abortion industry speaks ambiguously about the science of when life begins, and what abortion does. But the reality is much clearer. You were as much you in your mother’s womb as you were the day you were born, and as you are today. And I was as much me 43 years ago, when I was targeted for abortion, as I am today.”

She further explained that the story of her attempted abortion and subsequent survival is not the only one. Yet most of the time, survivors are left to die. For Ohden, part of the reason she was able to survive was because she was aborted at approximately 31 weeks gestation, and not less than 20 weeks, as the abortionist had claimed. She also explained that this practice continues today.

“I’ll share just one example of this that occurred last spring,” she said. “An abortion was performed on a young woman, with the abortionist indicating he estimated her to be about 19-20 weeks pregnant. After experiencing severe pain when the laminaria were inserted to dilate her cervix for the abortion, she changed her mind, and didn’t return. Her labor continued to progress, however, and her baby was born at approximately 25 weeks gestation. That survivor is still alive today.”

Ohden also pointed out that abortion survivors should be an important part of the conversation.

“We’re citizens of this country who were denied their basic right to life,” she said. “We’re members of a marginalized, unprotected population that continues to experience trauma, as abortion access is lauded as a right to be pursued. As our tax dollars go to fund the very act meant to end our lives, which has left deep emotional, mental, and — for many — physical scars. As our experiences and suffering are overlooked or played down as political fodder…. However, when we hear stories about abortion, the narrative is woefully one-sided. I’m here today to ask if there’s space in this abortion narrative for stories like mine, the men and women who are alive today after survived failed abortion procedures.”

“In closing,” she concluded, “I would ask you to consider a lingering question that I wrestle with every day. How do you reconcile my rights as a woman, who survived a failed abortion, with what’s being discussed here today? We must have a conversation about this going forward in our country.”

Click this link for the original source of this article.
Author: Cassy Fiano-Chesser