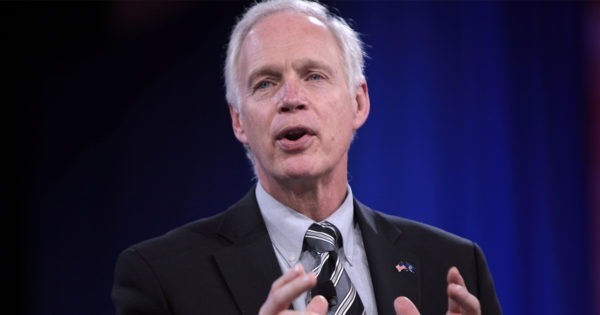 Sen. Ron Johnson (R-WI) recently appeared on the Sandy Rios in the Morning radio show on American Family Radio, and spoke about the extreme treatment receive from those who attended the mostly peaceful Capitol Hill protest on January 6 and were subsequently arrested for entering the U.S. Capitol building.

Johnson expressed concern for those still being held related to the events of January 6, and noted that the situation becomes especially absurd “When you compare that to the charges being dismissed against” those who participated in the violent “Summer riots” of 2020. Johnson noted that, eventually, “The charges will be made public” and said that “It’s all about transparency, it’s about making these things public, and making the comparison between the people who committed or are being charged or being held for January 6 versus what happened during the more than 500 riots that killed about 2,000 people, 700 law enforcement individuals were injured, [and caused] about $2 billion in property damage.”

“It is amazing the way the news media and the left just completely ignores that, they want everybody to forget those riots, and concentrate solely on what happened on January 6,” said Johnson. “There’s no doubt about it, the Democrat House Impeachment Managers and the media have taken the most violent clips and they run them over and over again, of course they exclude the nonviolent actions, they don’t show the jovial and the joyful, the tens of thousands of people, elderly individuals, family members, people who love America, waving American flags, and Make America Great hats, supporting those things, they’re not showing those people, that certainly I saw at Trump rallies, the God fearing, the America loving, the law enforcement supporting individuals.”

Johnson noted that he has been “in trouble” with the mainstream media for saying he was not afraid of the protests on January 6, despite many Democrats – most notably Rep. Alexandria Ocasio-Cortez – claiming they were emotionally troubled by the civil unrest.

“I wasn’t afraid,” said Johnson. “I got all kinds of trouble for saying I never got threatened. The truth is I wasn’t threatened.” He added, “I would also defend the people that also didn’t plan on” entering the Capitol “because they, again, understood these were Trump protesters, people who support law enforcement.”