BREAKING: Kamala Harris Heckled While Walking In DC, ‘When Are You Going To The Border?!’ 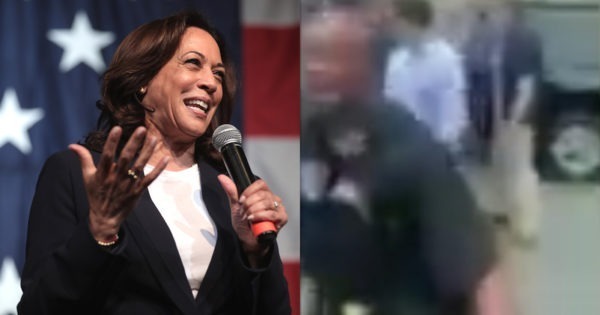 According to video obtained by Newsmax TV’s Sean Spicer, Vice President Kamala Harris made an unannounced stop through downtown Washington, D.C., where she was confronted by members of the public who once again asked when the embattled vice president would visit the southern border.

BREAKING/Exclusive – @vp @KamalaHarris makes unannounced stop with @SecondGentleman in downtown DC and gets asked when she will visit the border.

Harris has repeatedly laughed off questions about when she would visit the southern border. She was first asked by a reporter on a runway, and she began laughing hysterically after saying she would not be visiting the border that day. Since then, it has become a frequent subject of discussion for pundits, and Harris is reportedly receiving media training to prevent similar embarrassments for the struggling Biden administration in the future.

On June 8, left wing reporter Lester Holt pushed Harris for an answer on the border question. Initially, Harris attempted to demure, by saying the Biden administration has repeatedly been to the border, but using the phrase “we” throughout her response. Holt rebutted that Harris herself has not been to the border, which prompted more seemingly nervous laughter from Harris, who then said, And I haven’t been to Europe, I mean, I don’t understand the point that you’re making. I’m not discounting the importance of the border.”