May 17, 2021 Constitutional Nobody International News 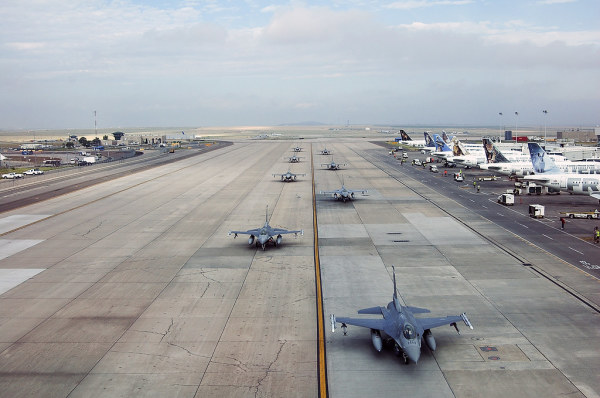 A senior commander of the United States Space Force has been relieved of his post after he made claims relating to the infiltration of the US military by “Marxist” ideologies.

Lieutenant Colonel Matthew Lohmeier, commander of 11th Space Warning Squadron at Buckley Air Force Base, Colorado, was reprimanded on Friday after he appeared on the Conservative podcast The Steve Gruber Show to promote his new book ‘Irresistible Revolution: Marxism’s Goal of Conquest & the Unmaking of the American Military’. Elaborating on the content of the book which claimed that “neo-Marxist” ideologies are “spreading throughout the United States military,” Lt. Col. Lohmeier asserted:

“Since taking command as a [Space Force] commander about 10 months ago, I saw what I consider fundamentally incompatible and competing narratives of what America was, is and should be. That wasn’t just prolific in social media, or throughout the country during this past year, but it was spreading throughout the United States military. And I had recognized those narratives as being Marxist in nature.”

Lohmeier proceeded to castigate the New York Times’ 1619 Project, which he labelled as “anti-American.”

“It teaches intensive teaching that I heard at my base – that at the time the country ratified the United States Constitution, it codified White supremacy as the law of the land. If you want to disagree with that, then you start [being] labelled all manner of things including racist.”

On May 15th, Lt. General Stephen Whiting, the head of Space Operations Command, told Military.com that he had relieved Lohmeier of his duties in the wake of his podcast appearance over a “loss of confidence” in his ability to lead. Speaking to CNN, a Defence Department official confirmed the decision was “based on public comments made by Lt. Col. Lohmeier in a recent podcast” which violated the US military’s policy of non-engagement in “partisan political activity.”

The Space Force, described as “a military service that organizes, trains, and equips space forces in order to protect [the] US and allied interests in space and to provide space capabilities to the joint force,” was created by former President Donald Trump in 2019. The sixth and newest brand of the US military, Trump heralded the force as “the world’s newest war-fighting domain” that would protect the US from a space invasion.

Lohmeier, a former instructor and fighter pilot who transferred into the Space Force, told L. Todd Wood in a second podcast named Information Operation last week that his book had focused on the “policies service members now have to adhere to align with certain agendas that are now affecting our culture.” He also referred to President Joe Biden’s Defence Secretary Lloyd Austin III, who has introduced diversity and inclusion training in the US military as well as ordering all branches of the military to observe a stand-down on “extremism in the ranks” following the storming of the Capitol building on January 6th.

“I don’t demonize the man, but I want to make it clear to both him and every service member this [‘diversity and inclusion’] agenda, it will divide us, it will not unify us.”

In reference to his book, Lohmeier told Military.com he had consulted with his chain of command, public affairs and legal counsel before its release.

“I was apprised of the option to have my book reviewed at the Pentagon’s prepublication and security review prior to release but was also informed that it was not required. My intent never has been to engage in partisan politics. I have written a book about a particular political ideology (Marxism) in the hope that our Defense Department might return to being politically non-partisan in the future as it has honourably done throughout history.”

On Sunday, Florida Republican Representative Matt Gaetz of Florida tweeted that he would be “seeking action on this in the Armed Services Committee” and described Lohmeier as a “patriot telling the truth about the attempted wokeification of our military – and worse.” Republican Ken Buck of Colorado’s 4th Congressional District commented:

“It’s outrageous that Lt. Col. Matthew Lohmeier was removed from his command in the Space Force for voicing concerns that the U.S. military is promoting Marxist ideologies.”

Lohmeier’s future in the force remains unclear, although he will be assigned a temporary posting. Meanwhile, a defence official told CNN that an investigation would be launched to scrutinise existing rules and policies by which the book was published.