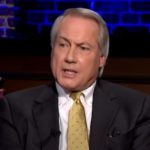 As former President Donald Trump and his most ardent supporters attempt to solidify their hold on the GOP across the country, far-right attorney Lin Wood has now handily lost in an election that he entered to lead the South Carolina state Republican Party as chair.

Wood is a high-profile promoter of Trump’s lies about the 2020 presidential election, which the former president and a slew of his allies have claimed was somehow rigged for Joe Biden. Generally speaking, Wood is extremist in his beliefs and claims — as summarized by Forbes, the attorney has “called for former Vice President Mike Pence to be executed for treason, backed baseless sex trafficking claims about Supreme Court Justice John Roberts, endorsed wild foreign vote-rigging claims that even the Trump campaign’s attorneys chose not to pursue in court,” and much more. Recently, Wood even claimed that Trump was still serving as president, which is just a next-level delusional idea with no connection to reality.

As for the race to lead the South Carolina state GOP, over 67 percent of the 861 delegates at the state party’s recent convention backed Drew McKissick’s bid for re-election as state party chair. Wood only received 28 percent of the vote. Unsurprisingly, Wood said in a post on the fringe social media site Telegram (he’s been banned elsewhere) that McKissick had won re-election in an “establishment created election.” Notably, Forbes notes that Wood campaigned to lead South Carolina’s GOP “by vowing to keep contesting the results of last year’s presidential election, which Trump lost.” There is, at this point, pretty much nothing that seems able to shake the election delusions of certain Trump backers.

Lin Wood states that Trump is still the president and that the military would call on him “for the code if they need a first strike.” He also states he believes Trump signed the Insurrection Act in secret. pic.twitter.com/8eA5e1VPER

Wood is not the only prominent far-right Trump supporter whose post-election antics haven’t exactly gone great for them. MyPillow founder and CEO Mike Lindell, who — for some reason — has positioned himself as a leading propagator of the Trump election lies, has revealed that he expects his company to lose tens of millions of dollars in prospective income because of companies cutting ties with MyPillow over Lindell’s antics. Lindell has said that he could cover some of the losses by placing ads new places, but he might not be able to recover all of what’s jeopardized.

Yet more MSM bullsheet from UssanewS. Trump didn’t lie. Lin Wood is correct even though some do not see it his way. Quit saying Trump lied you dumbass.