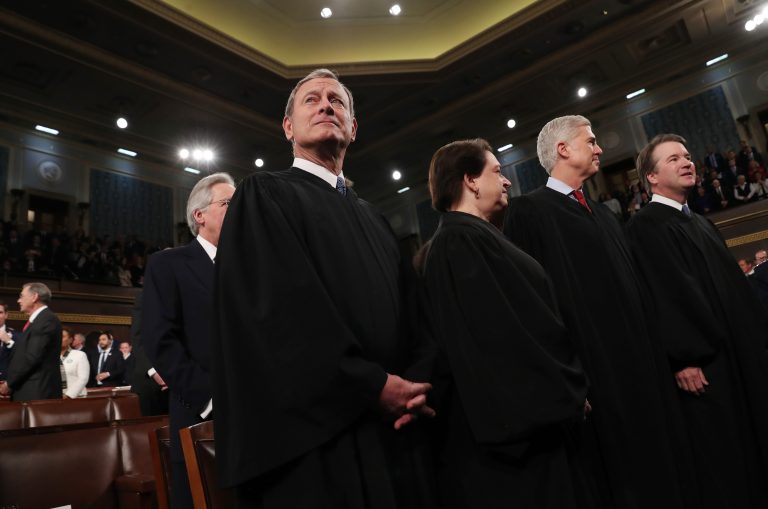 The Supreme Court on Monday agreed to hear Mississippi’s bid to enforce a ban on abortions after 15 weeks, ending almost a full year of suspense and setting the stage for a landmark decision.

Mississippi’s petition is a groundbreaking one, asking the Court to authorize new limits on abortion in the earliest stages of a pregnancy. Abortion advocates warn a victory for Mississippi would rupture 50 years worth of judicial decisions favoring maternal choice before an unborn child is viable.

Monday’s order is a welcome lift for the pro-life movement and a dire signal for abortion advocates. The Mississippi case has lingered on the Court’s docket for months without action. The long delay gave rise to speculation that the newly-reinforced conservative majority was wary of abortion disputes, a concern Monday’s news seemed to dispel. And it raised doubts about assumptions that the right-leaning Court would move incrementally to undo pro-abortion precedents.

Jackson Women’s Health Organization, the only abortion clinic in Mississippi, challenged the 15-week ban as soon as it took effect. Judges in the lower courts sparred vigorously over the law.

U.S. District Judge Carlton Reeves pulled no punches in a 2018 decision striking down Mississippi’s law on constitutional grounds. He called the legislature’s justifications for the bill—protecting maternal health and the reputation of the medical profession—”pure gaslighting,” and he faulted lawmakers for crafting an attack on abortion while doing nothing “to address the tragedies lurking on the other side of the delivery room.”

“Legislation like H.B. 1510 is closer to the old Mississippi—the Mississippi bent on controlling women and minorities,” Reeves wrote.

“Instead of respecting all sides, the district court opinion disparages the Mississippi legislation as ‘pure gaslighting,’” Ho wrote. “It equates a belief in the sanctity of life with sexism, disregarding the millions of women who strongly oppose abortion. And, without a hint of irony, it smears Mississippi legislators by linking House Bill 1510 to the state’s tragic history of race relations, while ignoring abortion’s own checkered racial past.”

State lawyers highlighted what they called Reeves’ “diatribe” near the top of their petition to the Supreme Court.

There are two legal issues at stake. One is whether state power to regulate abortion should turn on the viability of an unborn child, the framework set out in Roe v. Wade. Mississippi argues the Court should scrap that standard in light of new evidence about fetal development and its capacity to survive outside the womb at earlier stages of a pregnancy.

“Given the many medical advances our scientific community is constantly achieving, it is only a matter of time before development of an artificial womb moves ‘viability’ all the back to the moment of conception,” the state’s petition reads.

Instead, abortion regulations should be tied to the state’s interest is protecting children, maternal health, and the reputation of physicians, the state says.

The other is the test courts ought to use to evaluate restrictions on abortion. Chief Justice John Roberts surprised observers in 2020 when he voted with his four liberal colleagues to strike down a Louisiana regulation that required abortion providers to have admitting privileges at a nearby hospital. That decision, perhaps by the chief justice’s design, seeded division in the lower courts and spawned another major abortion controversy for the Court to resolve.

While Roberts voted with the liberals on the bottom line outcome in the 2020 case, he did not agree with their reasoning. Writing for the four liberal justices, Justice Stephen Breyer said the admitting privileges rule was unconstitutional because the burdens it imposed on abortion access outweighed its benefits for women.

The chief justice pointedly rejected that cost-benefit analysis in a separate, solo opinion. Instead, he voted to strike the law because the Court declared an identical regulation from Texas unconstitutional in a 2016 decision. Roberts wrote he felt compelled to follow precedent and “treat like cases alike.” He added, citing an older case, that courts should ask whether an abortion restriction amounts to an “undue burden,” a more permissive standard that Breyer’s cost-benefit approach.

In the ensuing months, lower courts have disagreed with one another about which opinion they’re bound to follow. Some have cited Breyer’s opinion as precedential, while others have used the chief’s more lenient test. Mississippi said that was a reason to hear their case in legal papers filed last September.

“Absent this Court’s immediate intervention, there will be many dozens of cases splitting along the same lines,” the brief reads. “Only half of them will be correct. This Court should not let the issue percolate even another day.”

The case, which will be heard near the end of this year, is No. 19-1392 Dobbs v. Jackson Women’s Health Organization.