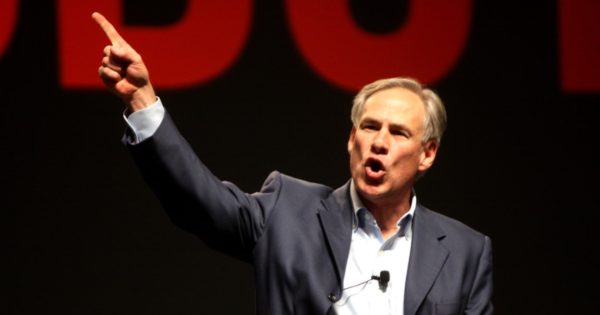 Former Texas Rep. Matt Rinaldi told National File that a group of Texas Republican legislators – reportedly acting on orders from Gov. Greg Abbott – worked together to kill a bill that would have effectively banned child transgender surgeries and chemical castrations in the state.

Family activists in Texas are reeling after H.B. 1399, which would have stripped doctors of their ability to acquire liability insurance if they engaged in child transgender surgeries or chemical castrations at their practices, was almost certainly doomed by Texas Reps. Dustin Burrows and Jared Patterson, both on the Calendars Committee responsible for assigning the legislation a date for a full House vote. Burrows and Patterson scheduled the bill for last Wednesday after extreme pressure from activists, but placed hundreds of other legislative items on the agenda ahead of the vote, all but ensuring the bill would not receive a vote before the end of the legislative session and effectively killing it.

When asked if Burrows killed the legislation, Rinaldi told National File, “Yes. It was really a team effort by the Phelan leadership team. The bill was slow-walked the entire way by Reps. Klick and Burrows, presumably under orders from the Speaker.” Rinaldi lambasted his former colleagues, telling National File that “The fact that House Republicans would work so hard to preserve sex change surgeries for minors is beyond contempt. The Texas GOP needs a housecleaning next primary.”

Former U.S. House candidate Chris Ekstrom recently suggested to National File that Burrows also receives orders from Abbott. “We assume that Rep. Barrows was given this important position in order to protect the priorities of Governor Abbott and the current Speaker. He’s their hatchet man, he’s there to snuff conservative bills,” Ekstrom told National File. “Abbott’s woke corporate cronies have decreed that we can’t be Texas anymore, and no one’s taken more money from them than Greg Abbott, no one in the country,” Ekstrom added, “Not even Joe Biden.”

The effort to apply pressure on Republicans to schedule and then pass the legislation gained national notoriety, with Texas Agriculture Commissioner Sid Miller voicing a radio ad that played in Burrows’ district last month. Miller later appeared on Tucker Carlson Tonight to discuss the Republican opposition to ending transgender surgeries and chemical castrations.

With the all but certain defeat of H.B. 1399, activists now look toward Rep. Stephanie Klick to advance legislation passed by the Senate, S.B. 1647, that would classify attempts to modify a child’s gender as a form of child abuse, and effectively criminalize child transgender surgeries and chemical castration in the state.