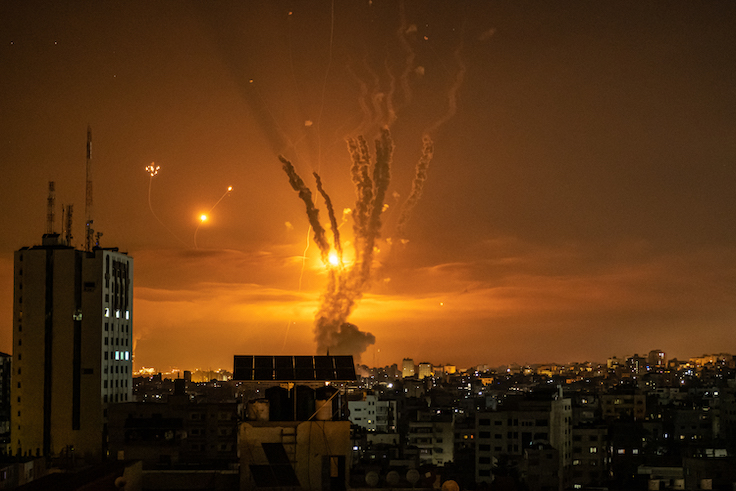 As conflict between Israel and Palestinian terror groups carries into its second week, the primary focus for Democrats on the House Foreign Affairs Middle East subcommittee is “white identity terrorism.”

The Subcommittee on the Middle East, North Africa and Global Terrorism has yet to schedule a hearing on the growing violence in Israel and how the United States can support the Jewish state. Instead, it has just one hearing scheduled for May: “The State Department’s Efforts to Combat Transnational White Identity Terrorism.” The discrepancy has led Republicans on the committee to push for an emergency hearing on the situation in Israel.

“We should focus on supporting Israel rather than hearing about ‘transnational white identity terrorism,’ a non-urgent topic developed by the woke, socialist agenda of your party,” five Republican committee members wrote to the Democratic leadership on Monday, according to a copy of the letter obtained exclusively by the Washington Free Beacon. “We should not waste our time playing political games fueled by identity politics.” The letter, addressed to Reps. Gregory Meeks (D., N.Y.) and Ted Deutch (D., Fla.), was spearheaded by Rep. Ronny Jackson (R., Texas) and signed by Reps. Maria Elvira Salazar (R., Fla.), Brian Mast (R., Fla.), Greg Steube (R., Fla.), Scott Perry (R., Pa.), and Tim Burchett (R., Tenn.).

As the conflict in Israel divides Democrats in Congress, Republicans are pushing for increased U.S. security assistance and clear support for Israel’s right to defend itself. Some Democrats in the party’s far-left fringe have adopted the opposite approach. Reps. Ilhan Omar (D., Minn.), Rashida Tlaib (D., Mich.), and Alexandria Ocasio-Cortez (D., N.Y.) have accused Israel of terrorism and are pressuring the Biden administration to condition U.S. aid to the country. Meanwhile, pro-Israel Democrats in Congress have faced attacks from their colleagues for supporting the Jewish state’s defensive operations.

The Democratic White House has tried to walk a middle path, backing Israel’s right to defend itself from terrorism but urging both sides to end the violence. Press Secretary Jen Psaki raised eyebrows late last week when she would not commit to helping Israel replenish its supply of Iron Dome missiles, which destroy incoming terrorist rockets in mid-air.

In their letter, the Republicans called on Democratic committee leaders to force the State Department, Defense Department, and intelligence community to testify on the situation in Israel and how the United States is supporting Israel’s defense needs. U.S. foreign aid to Israel is largely controlled by the foreign affairs committees, which have historically approved aid to Israel in a bipartisan fashion.

“It is inconceivable and unacceptable that [the committee] would not host a briefing or hearing on the current situation in Israel,” they wrote. “Israel is the United States’ strongest ally and a lynchpin of regional security in the Middle East.”

Jackson accused his Democratic colleagues of ignoring the crisis.

“It is unacceptable that Democrat leaders would rather push their divisive agenda and focus only on identity politics instead of holding hearings or doing the bipartisan, substantive work Israel needs,” Jackson told the Free Beacon. “It is time our subcommittee drop identity politics and focus on the real issues.”

Jackson and his colleagues also are asking the committee leaders to expedite several bills relating to the situation, such as increased sanctions on the Hamas terror group and measures reaffirming Congress’ support for Israel.