May 16, 2021 Constitutional Nobody Politics 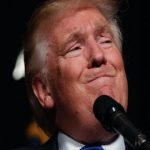 During an appearance on NBC’s Meet the Press over the weekend, Rep. Adam Kinzinger (R-Ill.) — one of the ten House Republicans who voted in favor of impeaching Trump over the January insurrection — spoke out in defense of Rep. Liz Cheney (R-Wyo.) and condemned continued election lies from the former president. Trump has consistently pushed the lie that the 2020 election was somehow rigged for Biden to the point that just in recent days he described that election as “THE CRIME OF THE CENTURY!” This idea that the presidential election outcome was a crime remains utterly baseless.

While on NBC, Kinzinger pointed out that Trump himself is the one who has dragged the GOP and those around it into this tumult over the outcome of the 2020 presidential election. Overall, the GOP Congressman outlined some of the damaging impacts of Trump’s obsessive election lies. As Kinzinger put it, discussing GOP discord, it’s “not Liz’s fault!”

‘Trump set the table. He’s the one that continually brings up a stolen election narrative. He’s the one that has convinced members of Congress including what we saw a few days ago to have a hearing on January 6 and claim that this was nothing but a tourist group or that it was hugs and kisses. If you saw the press releases he put out yesterday about this is the lie of the century, the greatest crime of the century… I believe [Trump] is the leader of the Republican Party right now, because Kevin McCarthy gave him his leadership card. You can’t say he’s the leader and then say we have to move on. I would love to move on, but listen: When Liz Cheney, probably on a total of maybe four or five times, just simply answered questions that the election wasn’t stolen, and then Donald Trump dozens and dozens of times says it is, it’s not Liz’z fault!’

Check out Kinzinger’s comments below:

As Kinzinger troublingly noted, members of the Republican Party have pushed lies about what unfolded at the Capitol in January when a mob of Trump supporters stormed the building in an attempt to forcibly stop the formal certification of Joe Biden’s presidential election victory. Just recently, Rep. Andrew Clyde (R-Ga.) compared what unfolded to a “normal tourist visit,” and — in case his meaning wasn’t clear — insisted that there was no “insurrection.” In reality, the former president’s supporters at the Capitol that day violently assaulted police officers and put the lives of top government leaders and many others in serious danger.