This Week in Campus Insanity Vol. 44 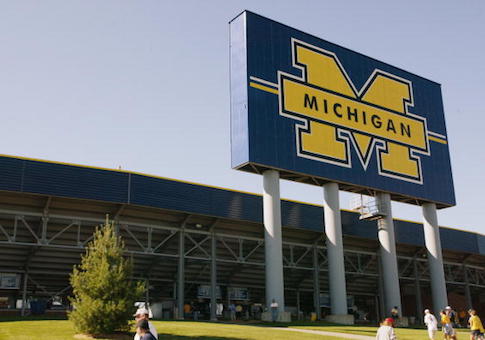 Welcome back to Campus Insanity, a weekly roundup of the craziest developments at our nation’s 4,000-plus institutions of “higher education.”

Faculty at Pennsylvania State University approved an “inclusive language” measure to remove gendered words from university documents. Penn State “has grown out of a typically male-centered world,” according to a faculty resolution, which said terms like “freshman” are “parallel to Western male father-son naming conventions.”

Dr. William F. Tate IV is set to take the helm of Louisiana State University in July. The former provost of the University of South Carolina wrote articles promoting critical race theory—the idea that America is inherently racist—in the 90s. Tate attributes educational achievement disparities to “institutional and structural racism” and claimed that “students of color are more segregated than ever before.”

Colorado State University’s student government proposed a resolution that would ban the Alpha Center—a pro-life nonprofit that provides free pregnancy testing and ultrasounds to women—from advertising services on campus. One student senator compared the organization’s work to “oppression and colonization” in a meeting discussing the measure.

A group of students at Columbia University launched “Columbia Communists,” an organization dedicated to “leftist discussion” and “mutual aid.” The group’s logo is a modified version of Columbia’s crown emblem, topped with a hammer and sickle.

The University of Massachusetts Amherst reportedly suspended three freshman students and blocked them from taking their final exams because they posted a picture of themselves outdoors without their masks on. The school’s hockey team, however, was allowed to celebrate its national championship victory earlier this year, video of which shows several members of the team without masks.

In a letter Tuesday, student leaders at the University of Michigan condemned the school for its “complicity in Israel’s violence” and advocated for the anti-Israel Boycott, Divestment, and Sanctions movement. Michigan’s Central Student Government criticized Israel in the letter for defending itself against terrorist rocket fire. Hamas militants launched more than 1,750 rockets toward Israel over the past week, killing at least seven. Israel’s targeted counterstrikes have killed several dozen terrorists and taken out weapons caches in the Gaza Strip.

If you have tips for more crazy campus stories, please send them to [email protected]

In other news...
The Bible Predicts That a Global Government
The left opens Pandora's box on 'Asian hate'
Another Fake Poll for a Fake President
Newslinks for Saturday 15th May 2021
American Special Forces Destroyed a Hospital in 201...
VIDEO: Gas Station Brawl Breaks Out After Woman Cut...
0 Comments
Inline Feedbacks
View all comments