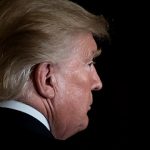 The ex-president found an enemy around every corner. Perhaps, the reason he slept so little and survived in a sleep-deprived world was his fear of enemies lurking under his bed. He talked incessantly about his “deep state” enemies, when in fact, he was the one with the “deep state.”

He planned operations against his National Security Adviser H.R. McMaster and an FBI employee. The ex brought in a. former British spy and a ring of conservative activists to discredit his perceived enemies. within his own government.

He believed in a frightening “deep state” that was trying to ruin him. His spy ring went to unbelievable lengths to find those disloyal to him.

The sting operation went after McMaster and performed “secret surveillance operations against people within the FBI. The goal was to expose “anti-Trump sentiment in the bureau’s ranks.”

The conservative group Project Veritas’s founder James O’Keefe ran the ops against the FBI. The organization rented a Georgetown home for $10,000 a month and worked out of there. Undercover women ran one operation against the FBI agents:

‘Female undercover operatives arranged dates with the F.B.I. employees with the aim of secretly recording them making disparaging comments about Mr. Trump.’

The founder of Blackwater, a mercenary military, Erik Prince hired former British spy Richard Seddon in 2016 as a security contractor to train Project Veritas. This far-right organization was key to the special ops:

Founder of the far-right Project Veritas group, James O’Keefe, claimed the New York Times was after him with its “smear piece:”

Barbara Ledeen said someone “with access to McMaster’s calendar” brought her into the operation. She also said “someone she trusted” had contacted her to help with the plan against McMaster. It was no surprise that she said she. could not recall who:

‘Somebody who had his calendar conveyed to me that he goes to Tosca all the time.’

The president continued to rant against his national security officials at the CIA, FBI, State Department, and others he believed had been trying to undermine him:

‘[These] unelected deep-state operatives who defy the voters to push their own secret agendas,” he said in 2018, “are truly a threat to democracy itself.’

‘[Price was] going to get paid $10,000 to go undercover and set up some big-name political figure in Washington.’

Ledeen she found the deleted Clinton emails on the dark web. She went to Prince to authenticate them:

‘Erik Prince provided funding to hire a tech adviser to ascertain the authenticity of the emails. According to Prince, the tech adviser determined that the emails were not authentic.’

Special Counsel Robert S. Mueller III wrote in his Mueller Report that Ledeen had prepared a 25-page proposal. In it, she said she had obtained:

One of the documents showed how Seddon incorporated training about espionage tactics such as using deception in order to get information out of targets. A role-playing exercise had a law officer interrogating a student:

‘[She was instructed to] defend their cover [and] avoid exciting the officer].’

Another training exercise taught trainees how to target an individual in an elevator. They were:

‘[To] targets as a possible future access agent, potential donor, support/facilities agent. The student must create and maintain a fictional cover.’

O’Keefe has continuously defended his organization’s methods. His book was released in 2018, American Pravda. He wrote:

‘A] key distinction between the Project Veritas journalist and establishment reporters [is] while we use deception to gain access, we never deceive our audience.’

It is being proven that Trump was correct in that the deep state was after him.