May 14, 2021 Constitutional Nobody Survival

The abortion industry was built on racism. The eugenic founders of organizations, including Planned Parenthood and NARAL, pushed for legalized abortion in order to reduce the populations they saw as “unfit.” Those same organizations are still dealing with racism within their organizations and among their employees today, yet they are pushing the false notion that the pro-life movement is racist. Sadly, that agenda is working, and many abortion supporters wrongly believe this lie, including Twitter user @fantasmarose, whose recent claim that pro-lifers are “only white” backfired.

“Notice how it’s only white people that are pro-life,” she tweeted. “They just love being in the opposing position all the time.”

READ: How injustice in the Black community has contributed to skyrocketing Black abortions

She likely wasn’t expecting the countless replies her tweet received, most of them proving her theory wrong. Pro-lifers are made up of every race and nationality, and they let the world know, thanks to @fantasmarose.

Others stated, “I’m Black and very pro-life,” “I’m not white,” “I am mixed with Black, East Indian, and Portuguese,” “Latin America is most certainly not pro abortion,” “Filipina…and pro-life. Get out of your bubble before making sweeping generalizations,” and “Not white, Latina and definitely pro-life!”

Still others said, “I’m Black and this is a lie,” “It’s called genocide. If I were truly racist, I wouldn’t be pro-life,” and one asked, “How can someone be this uneducated about a topic and still post about it?”

Another Twitter user, @REXosteoperosis, shared a map of the abortion laws by nation, proving that the most pro-life nations are African, Asian, and South American. 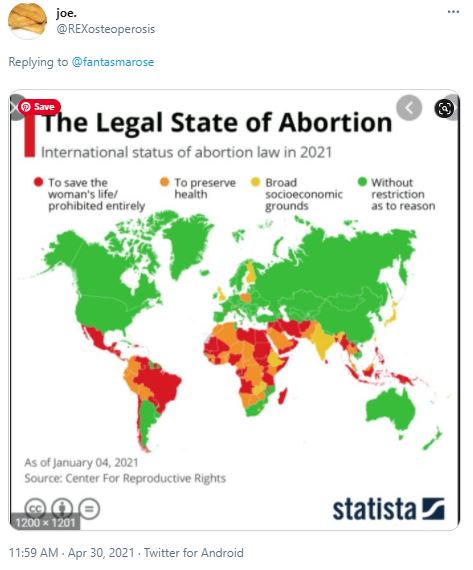 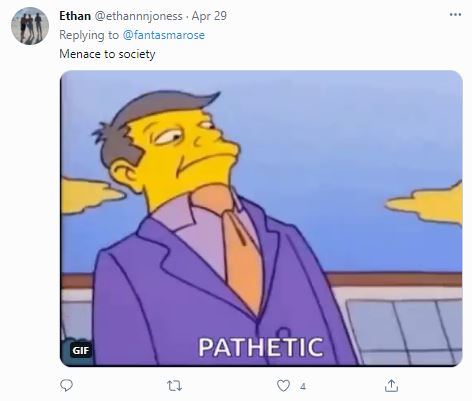 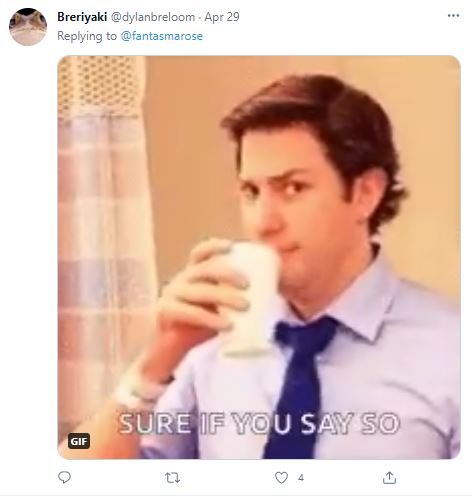 And one user, @yuuki_rito0, pointed out that if pro-lifers “love being in the opposing position all the time” as @fantasmarose said, she should look at what they are opposing.

“‘[O]pposing position’, well, when it comes to being ‘pro-death’, it kind of makes sense that people who are still human are opposed to that,” she wrote.

The opposite of pro-life is pro-death. Abortion kills human beings in their earliest stages of development.

Anyone bringing race into the discussion should know these facts: Black women account for 34% of all abortions, though Black Americans only account for 13% of the population. The abortion industry targets Black women and their babies for abortion, and now the U.S. government is even trying to end the Hyde Amendment so it can pay for Black women and underprivileged women of all races to have abortions.

This is eugenics, and the abortion industry is continuing its plan to kill the babies of the poor and minorities. When testifying in support of the Hyde Amendment, which prevents federal funds from paying for abortions through Medicaid, pro-life activist Christina Bennett noted clearly that the amendment, and the pro-lifers who support it, are not racist.

“I will never believe that an amendment that has helped save over 2.4 million lives — many of them Black — is racist,” she said. “I don’t think that racists are in the business of trying to preserve Black lives and generations of children that will come after them.”

The post Abortion advocate slammed on Twitter for claiming pro-life movement is ‘only white’ appeared first on Live Action News.