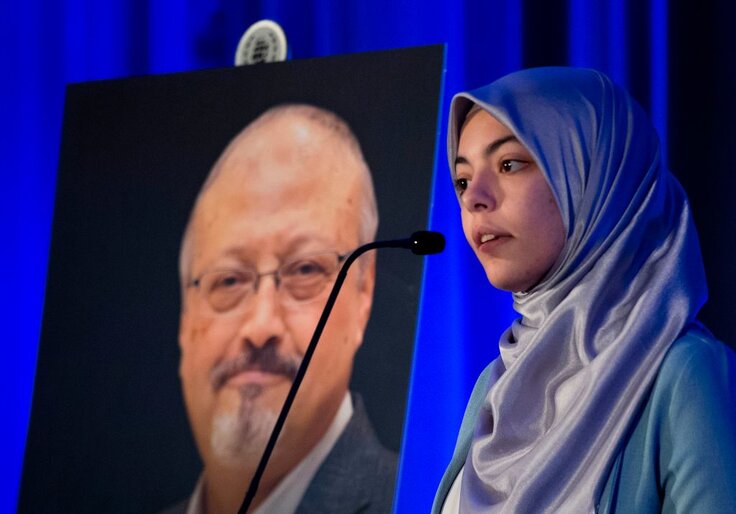 A Fairfax County school board member referred to Israel as an “apartheid” state that “kills Palestinians” in two social media posts Thursday morning.

In posts celebrating the end of Ramadan, Fairfax County School Board member-at-large Abrar Omeish wrote that Israel is a colonizing state that “desecrates the Holy Land.” Omeish posted the same message on her public Facebook and Twitter accounts, which she uses both in her private capacity and as a district official.

“Hurts my heart to celebrate while Israel kills Palestinians & desecrates the Holy Land right now,” Omeish said in the posts. “Apartheid & colonization were wrong yesterday and will be today, here and there. May justice + truth prevail.” 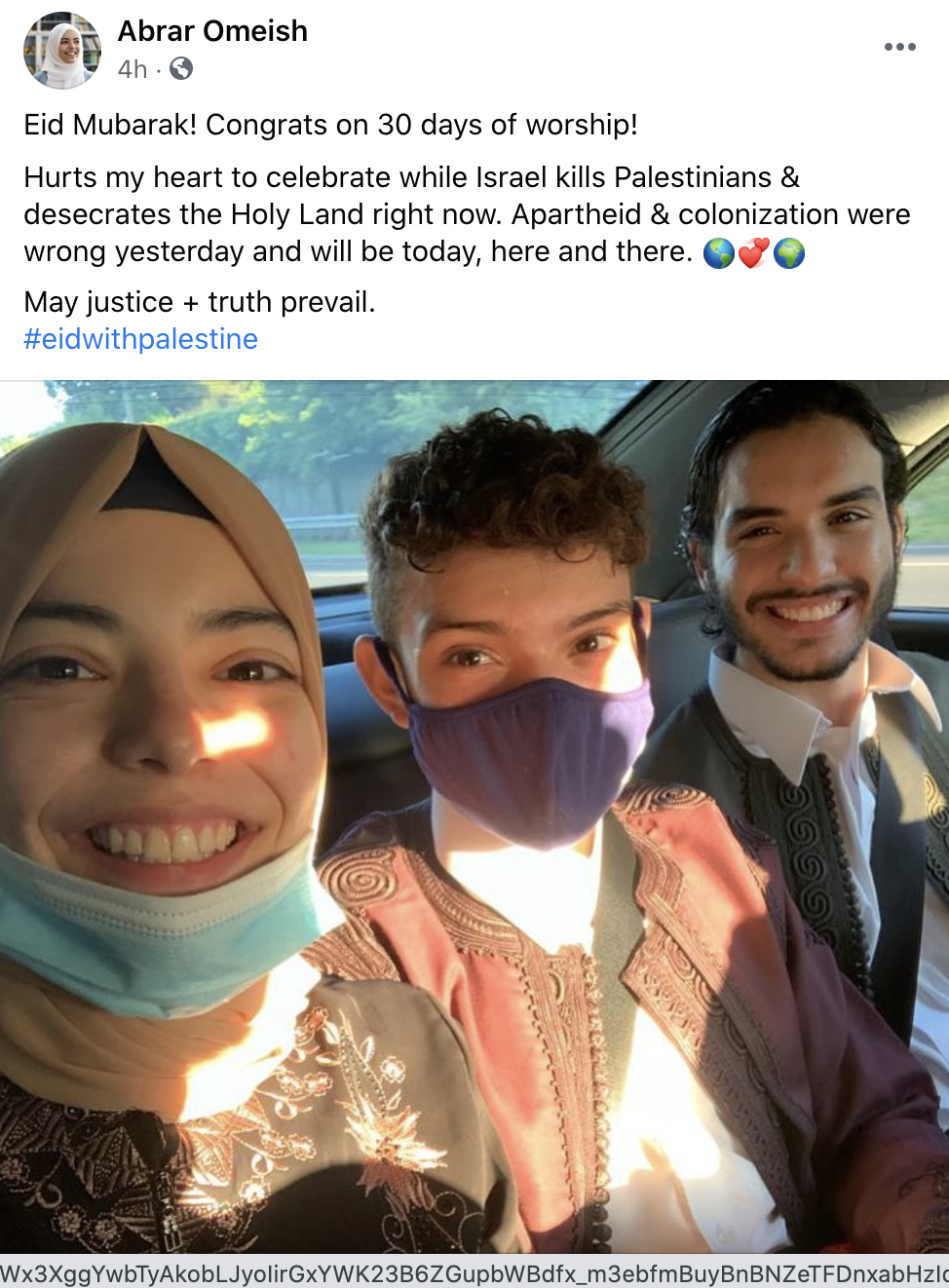 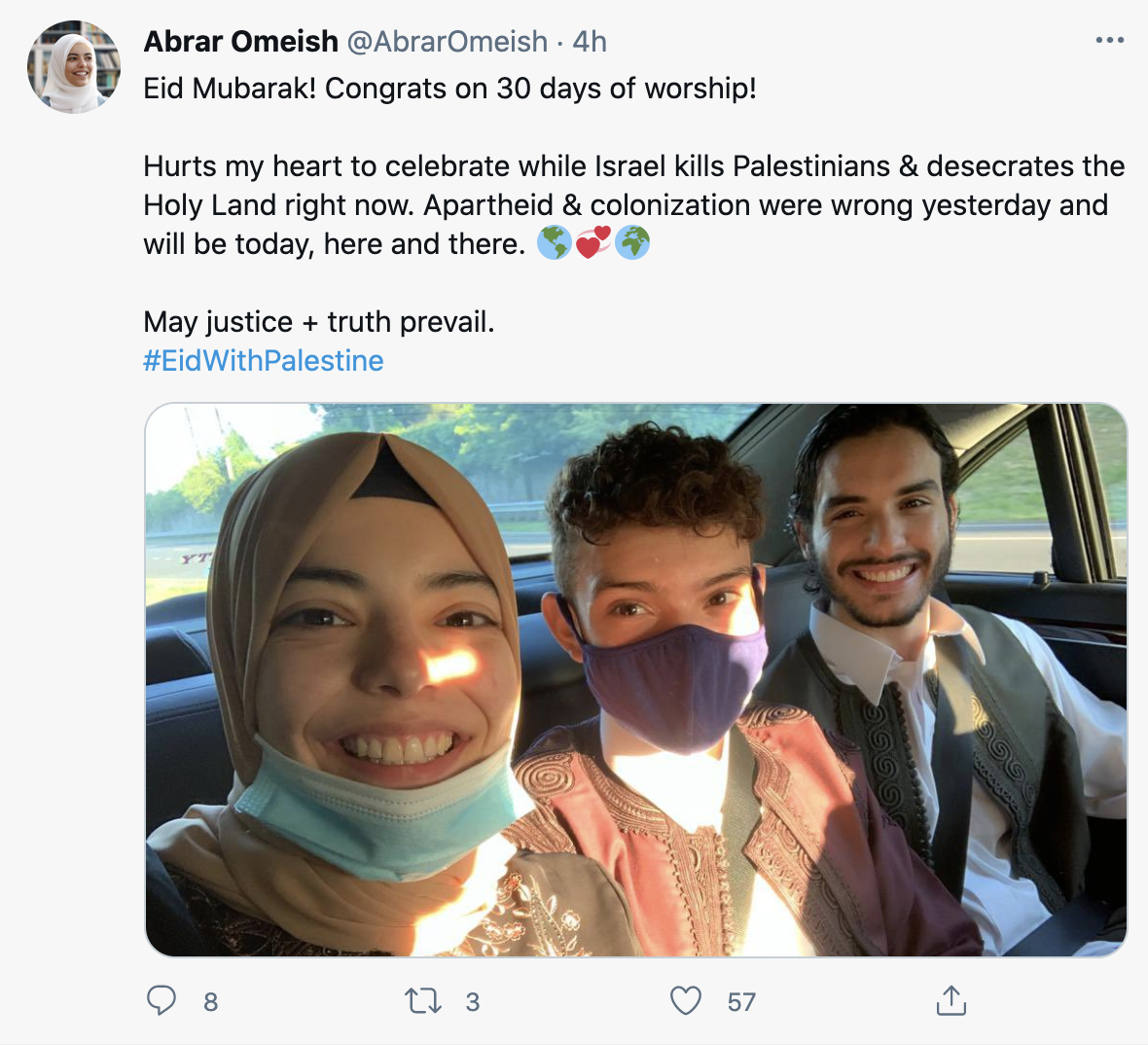 Fairfax County Public Schools have come under fire for allegations of anti-Semitism in recent years. Jewish parents have publicly criticized the district’s treatment of religious minorities, and superintendent Scott Brabrand was forced to apologize in 2019 after a teacher displayed a student art project that depicted anti-Semitic stereotypes.

Omeish’s anti-Israel posts follow nearly a week of deadly conflict between Israel and Palestinian militants and Hamas terrorists in the Gaza Strip. While Gaza-based terrorists have killed seven people in Israel as of this writing, supporters of Palestine like Omeish have only condemned Israel’s counterstrikes, which have so far killed more than a dozen terrorists.

“I think it’s a biased comment that reflects a lack of understanding of a complexity of the issues in the Middle East, especially in regard to Israel and Hamas specifically,” Taliaferro said. “[The post] is a great illustration of why we want to recall her—not because she feels that way, because this is a young woman who does not grasp complexity and nuance.”

Taliaferro pulled two of his children out of Fairfax schools before the 2020-2021 school year so that they could attend class in-person at local Catholic schools.

One Fairfax County Public Schools parent was “angered and saddened” by Omeish’s post and told the Free Beacon that Omeish should resign.

“Not only is [the post] filled with lies, inaccuracies and antisemitic tropes, it fuels the flame of Jewish hate that is a problem in our country,” the parent said. “Ms. Omeish needs to resign from her job as a school board member now that she has shown her true feelings. … There should be no tolerance of public people using their platforms to spew ignorance, lies, and hate.”

Parents replying to Omeish’s post in the comment section described the message as “racist” and said the statement ostracized Jewish families.

“You can celebrate your religious holidays and faith without the racist opinions, especially on your public campaign/School Board FBPage,” one parent commented.  “You just alienated all of your Jewish constituents and children in [Fairfax County school district].”

“How can you say you support EVERY child when your hate message about Israel is viral,” another parent commented. “What about MY zionist Jewish children? You support everyone BUT them? I want you out.”

Another parent said that while she supports Omeish’s right to speak freely, she “can’t imagine” teachers explaining the Israeli-Palestinian conflict to students “AND then inserting their opinions as well.”

The Fairfax County School Board did not respond to the Free Beacon‘s request for comment in time for publication.

Omeish was elected to a four-year term on the school board in 2019. She serves on two school board committees and is the youngest person ever elected to the board. Before her time on the board, Omeish was tapped to serve as Virginia cochair for Sen. Bernie Sanders’s (I., Vt.) failed presidential campaign. Omeish, a Yale graduate, is studying for a combined Masters of Public Policy and JD at Georgetown.

This spring, two Jewish mothers penned opinions in the Washington Post condemning the Fairfax school district’s treatment of religious minorities, including both Jews and Muslims. One of those authors, Anna Stolley Persky, wrote that her family has “experienced microaggressions, gaslighting and outright anti-Semitism.” Joyce Winslow noted in her article that one sixth-grade student would pull up the hood of his sweatshirt so that other students wouldn’t identify him as Jewish.

Critics of Israel blamed an Israeli rocket for the deaths of nine children in the Gaza strip, though reports show that a faulty rocket launched from within Gaza was actually responsible for their deaths. The Israeli military’s targeted counterattacks have neutralized several Hamas weapons caches in the Gaza Strip and killed more than 80 people, including terrorists.